Tampa Bay Lightning Contributor for The Hockey Writers and Writer for TheSportster. 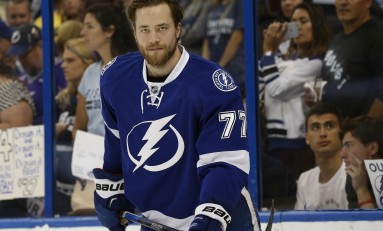 Victor Hedman Will Win the Norris

September 15th, 2017 It's time for hockey fans and analysts to start coming up with their preseason predictions for the 2017-18 campaign. One of the most notable trophies handed out following every season is the Norris Trophy, awarded to the NHL's best defenseman. For the modern-day hockey fan, names such as Erik Karlsson, Drew Doughty and previous winner...
Page 3 of 3123