Smith works full time with Rise Against Hunger, a non-profit set on ending world hunger by 2030. He's a hockey enthusiast living in Pittsburgh, PA and formerly covered the Pittsburgh Penguins for THW. Follow him on twitter @BSmithWV 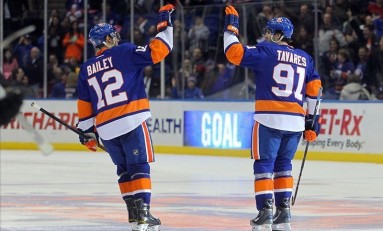 December 12th, 2013 It took the Islanders five tries in December to find a win and snap a 10 game losing streak. This is the same team that had a series tied 2-2 with the number one seeded Penguins in April of this year. They didn't lose any major pieces, the coaching staff is still solid with Jack Capuano leading the way. So Isles fan are left wondering,...
Page 7 of 7...567