I am a 2015 graduate of Montclair State University in New Jersey. I have coached ice hockey at the high school level for two seasons here in NJ. I will be covering the Toronto Maple Leafs moving forward for The Hockey Writers. 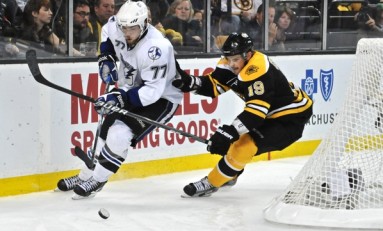 Welcome to the Victor Hedman Show

October 18th, 2014 Victor Hedman has arrived and is not going anywhere anytime soon. Bolts fans are going to be treated to not only the Steven Stamkos show this hockey season, but the Victor Hedman show as well. Through the first week of the season Hedman has scored 4 goals and added 3 assists for 7 points. He leads all NHL defenseman in points so far this...
Page 9 of 9...789