A graduate of St. John's University in 1991 in Athletic Administration, I have been an avid hockey fan for all my life. I blog for the New York Rangers and can be found on Facebook / RangerProud as well as on twitter @FrankCurto, @RangerProud. 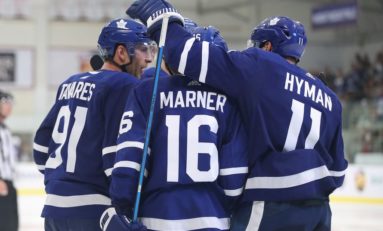 October 14th, 2018 The Toronto Maple Leafs are 5-1 in their first six games of the season. They have scored 29 goals on the year while recording 10 of a possible 12 points. Their fast start has been complemented by scoring from Auston Matthews, who leads the NHL in goals with 10. Matthews has four two-goal games while scoring a goal in all six games the...