Jon is a Calgary resident and life-long Flames fan who is a new contributor on TheHockeyWriters.com. You can follow Jon on Twitter @sportfanyyc where you'll probably learn a bit more about sledge hockey as well. 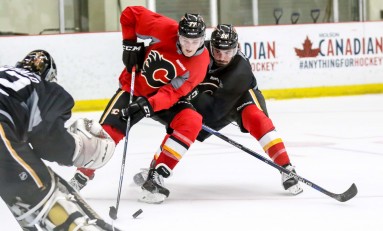 September 27th, 2016 You'll have to excuse Brad Treliving, GM of the Calgary Flames, if he's not feeling the World Cup of Hockey hype right now. Mikael Backlund’s concussion, sustained at the tournament, combined with the stellar performance (4 pts in three games) of unsigned puck magician Johnny Gaudreau leaves the Flames with lots of unanswered...
Page 5 of 512345
Jun 1st 12:34 PM
Archives