After living in two NHL cities (Orange, CA and Raleigh, NC), Kristyn graduated from Ohio University's E.W. Scripps School of Journalism and worked in the Columbus Blue Jackets' Digital Media department. She currently resides in Columbus and has been an NHL-credentialed reporter since the 2013-14 season. 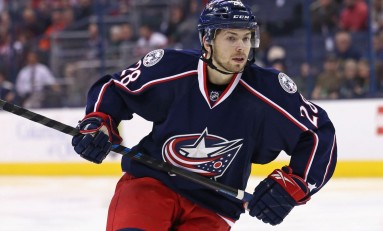 September 27th, 2017 Last season, Columbus Blue Jackets forward Oliver Bjorkstrand was all but penciled in on the team's permanent roster. A spot in the lineup was his for the taking. However, a disappointing preseason left Bjorkstrand on the outside looking in just a few games into the new season, as he was sent to the team's American Hockey League (AHL)...
Page 6 of 6...456
Jul 8th 7:15 PM
New Jersey Devils