I'm a graphic designer/illustrator/videographer/writer for various daily newspapers throughout the United States. I'm also a freelance music writer for several magazines and webzines as well as a Minnesota Wild contributor for THW. Hockey and music are my two biggest passions. My various work can be viewed at www.kelleysimms.com 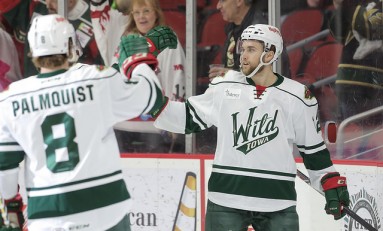 October 8th, 2018 If the Minnesota Wild has a remote chance of winning the Stanley Cup in the near future, the development of its farm system in Iowa will be a major factor. Minnesota began its affiliation with the Iowa Wild of the American Hockey League for the 2013-14 season. Since then, Iowa has missed the playoffs for the past five seasons. They...

What Islanders’ Belmont Arena Can Learn From Western Arenas

Golden Knights 3-for-3 On Critical Homestand

Coyotes Weekly: Gearing Up for the Trade Deadline

Avalanche Battle to Remain in Top Three of Western Conference