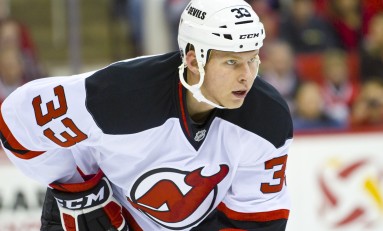 August 20th, 2013 The Drive to the NHL The drive from Albany, New York, home of the American Hockey League's Albany Devils, to the Prudential Center in Newark, NJ takes about three hours but for three New Jersey Devils prospects it could feel like three minutes or three days. Eric Gelinas and Alexander Urbom have taken that drive across the state border...
Page 9 of 9...789
Apr 1st 2:05 PM
Long Read