Mohammad received his Bachelor's Degree in Journalism from the University of Texas at Arlington with a minor in English. 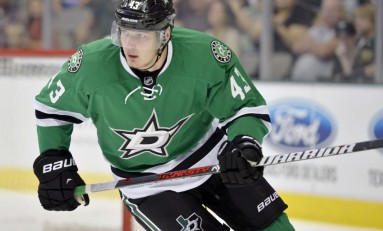 Is Nichushkin Ready to Take Flight?

November 5th, 2013 Finally, the monkey is off his back. After 13 games, 15 shots and several close calls, Valeri Nichushkin scored his first NHL goal. It has been a season of ups and downs so far for the young Russian, but his frustration has been consistent. Every time he touched the puck, Nichushkin’s determination to produce was evident. He...
Page 9 of 9...789