Currently serving as the play-by-play announcer for the OHL's Hamilton Bulldogs, Reed has a 10 year career in broadcasting that has seen him voice for the AHL (Hamilton Bulldogs & Toronto Marlies), OUA (McMaster Marauders, Brock Badgers) and called many special events such as the Allan Cup, ESSO Cup, Sutherland Cup, Yates Cup and Canadian National Championships in several sports. 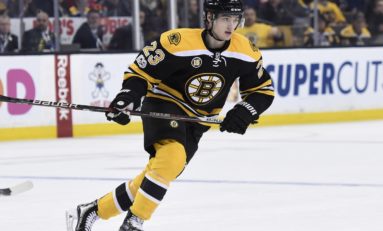 Bruins Third Man in the Middle

September 22nd, 2018 The Boston Bruins enter the 2018-19 season in an enviable position in many respects, however, the biggest question in mid-September is the same as it was in late June. Who will step into the role as the third line centre? With the exhibition season underway, the Bruins fans have gravitated toward three options: Jakob Forsbacka...