For the second straight month, St. Louis Blues goalender Brian Elliott is my choice as the best money player in the NHL. His hold on the position is starting to weaken however as he can’t even be considered the starter on his own team at this point. The first time all-star is joined by some familiar faces on the list and a veteran New Jersey Devil who makes his debut at #10.

Here is who made the cut in January’s edition of Bang For The Buck:

*Note: The list does not include players who are still working off their rookie contracts
*Previous ranking in brackets

10. (NR) Petr Sykora, New Jersey Devils
Cap hit– 0.650
48 GP, 12 G, 14 A
Most laughable comparison: None
*After a two-year absence from the NHL, the 35-year-old Sykora’s production has been a big boost up front for the surprising Devils. 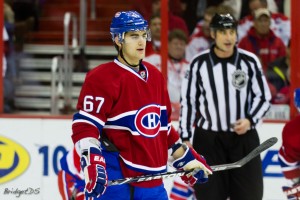 6. (5) Rich Peverley, Boston Bruins
Cap hit- 1.325
41 GP, 8 G, 25 A, +18
Most laughable comparison: None
*Peverley continues to perform as perhaps the best third-line center in the league for the dominant Bruins.

2. (10) David Desharnais, Montreal Canadiens
Cap hit– 0.850
49 GP, 9 G, 26 A
Most laughable comparison: Gomez
*The diminutive Desharnais is tied for second on the Habs in scoring with 35 points but even more impressive perhaps is the fact that he leads the team with a +11 and is one of only three Montreal players with a plus rating.
1. (1) Brian Elliott, St. Louis Blues
Cap hit– 0.600
23 GP, 15-5-2, 1.69 GAA, 0.94 save%
Most laughable comparison: None
*With only one win in January, Elliott is in danger of completely losing the starting job to Jaroslav Halak; if he hasn’t already. If he is unable to get more starts and improve his play, there will certainly be a new number one on this list come February. 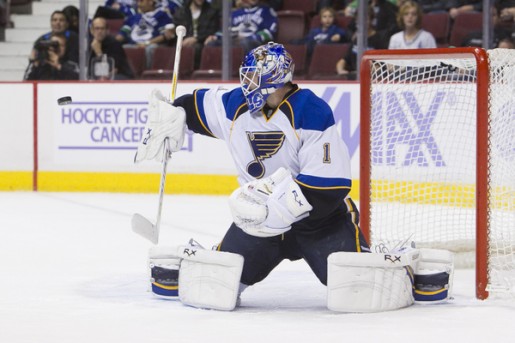