Darryl Sutter has not stood behind an NHL bench since 2005-06 when he last watched over the Calgary Flames.  Granted, he was involved with team management as recently as 2010 when he held Calgary’s GM position. 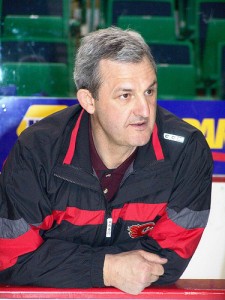 All this changes on Thursday evening as Sutter will coach the Kings at home against their struggling division rival Anaheim Ducks.  Sutter is charged with righting the Kings’ ship.  After getting off to a stellar beginning this season, L.A. has stumbled through December, and they currently stand with one more in the win column (15) than in the loss column (14).

The fact that they are above .500 is somewhat of a minor miracle, considering they currently stand on the bottom rung of the NHL goals-for ladder with a 2.12 mark.  It’s a testament to the quality of their defense that they are even in the position they currently occupy, within striking distance of the Pacific Division leader.

Sutter will need to find a way to increase the win totals, whether through an increase in offensive production, a further strengthening of their defense or a little of both.  How this will be achieved is the question on the mind of many astute Kings fans.

What style will Sutter bring to the Kings?  Will it be the expected tough and fierce persona?  If so, it may be just what this Kings squad needs to reach their potential.   At least one Kings defenseman agrees with that theory.  How will the rest of the team respond to that coaching style, if it is indeed what Sutter brings to Los Angeles?  We will soon find out.

Hurricanes Should Ride Mrazek and Reimer For Playoff Push

Oilers Must Decide on Playoff Goaltender

Maple Leafs Have Good Options for Barrie at Trade Deadline