Last Friday, the local Montreal press had a chance to interview the Habs’ potential first pick in the upcoming draft, forward Filip Zadina. The Czech teenager answered a few questions about his readiness for the NHL, his goals for the upcoming year and expressed enthusiasm about the prospect of playing for the Canadiens. If selected, he will be part of a fairly exclusive club, becoming only the 16th Czech national to play for the team.

To help with his transition, expect the Canadiens to find a spot in their organization for veteran centre Tomas Plekanec, who will be a solid mentor for his fellow countryman. Zadina could have even more company. With a defense that suffered from a lack of depth and a poor showing on the penalty kill, the Canadiens recently signed Czech defensemen David Sklenicka and Michal Moravcik, who both played for HC Plzen in the Czech Extraliga.

Although they will likely start the year in the AHL with the Laval Rocket, injuries or a weak start could see them quickly grabbing a Metro downtown as the Extraliga is ranked as one of the top professional leagues in the world and Moravcik had recent success playing in international competition. If that happens, look for a new chapter in the story of the Czech players who contributed to the overall success of the Habs over the past 35 years.

In the Beginning: A Czech Teenager Defects

A decade before the formation of the NHL, teams from what was then known as Bohemia joined the International Ice Hockey Federation (IIHF). International play soon followed with the Czechoslovakian national team eventually establishing itself as an international hockey powerhouse.

In several tournaments against NHL teams, they were never scheduled against the iconic Canadiens, who played most of their exhibition games against teams from the Soviet Union. At that time it was clear to anyone with a television that a huge amount of Czech talent could be available to NHL teams given the right circumstances.

Four years after a daring defection brought the Stastny brothers to Canada to play for the Quebec Nordiques, a skinny defenseman named Petr Svoboda followed suit and became the first Czech-born player to sign with the Montreal Canadiens. He was by no means insubstantial, staying for the team for almost a decade and contributing to their only Stanley Cup victory of the 1980s.

Svoboda was the first Czech to play 1,000 or more games in the NHL and later became famous as an agent for Jaromir Jagr, the Czech superstar who seemingly played ten times that number as one of the game’s greatest forwards and a poster boy for longevity.

If there was a low point in the Montreal Canadiens’ 100-year NHL history, the period when Rejean Houle was general manager would likely be in contention for the top spot. During his five-year term from 1995-2000, the team missed the playoffs three times, saw star goaltender Patrick Roy traded away, and failed to draft or develop star talent.

One bright light was the speedy winger Martin Rucinsky, who was part of the Roy trade. He was a steady presence on a struggling team, reaching the 20-goal plateau during four of his five seasons with the Habs and providing some excitement for frustrated fans.

When André Savard replaced Houle as the Canadiens’ general manager, one of his first moves was to draft a Czech from the gold medal-winning team in the 2001 World Junior Championships. Overlooked by several clubs, Tomas Plekanec was the 71st pick and would soon establish himself as one of the top two-way centres in the game, scoring 20 or more goals eight times and consistently frustrating opposing centres with his speed and solid hockey IQ. 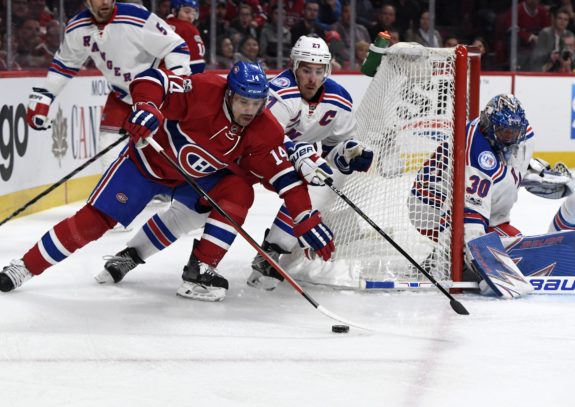 When his brief tenure with the Toronto Maple Leafs ended this spring, Plekanec expressed a desire to return to Montreal, which he now considers home. More than just a good public relations statement, it showed the continued attraction for European players Montreal as a city presents. If anything, it will serve to entice potential draft picks and their families to consider accepting an offer with a team in the middle of a rebuild.

The recent signing of David Sklenicka and Michal Moravcik may be due in part to the solid play of two other Czech defensemen from a decade ago, Roman Hamrlik and Jaroslav Spacek. Like Plekanec, both players excelled in the intelligent side of the game, bringing solid defensive play and excellent puck handling skills to a resurgent Habs team that aimed for speed up front with a large defense to back them up and support their young star goaltender, Carey Price. 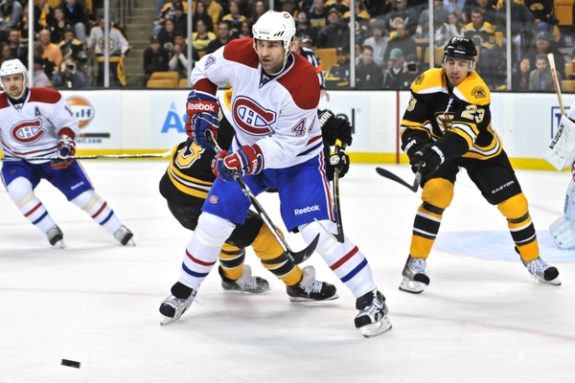 Although their tenure with the Habs was relatively brief, they provided a blueprint for the type of defensemen the team needed to be successful. Hamrlik was an expert on the power play and was capable of making that all important first pass out of his zone, while the lesser-known Spacek was a solid checker and shot blocker who was a fixture on the penalty kill. Their veteran presence on the 2009-10 team brought the Habs closer to a Stanley Cup than they had been since their victory in 1992-93.

A good general manager has to occasionally gamble on players that cost little but might provide great returns. If successful, he’s a genius; if not, pundits with 20/20 hindsight are quick to criticize. Last year, Marc Bergevin attempted to add depth at centre and on defense with two more Czech players, Ales Hemsky and KHL star Jakub Jerabek. Both cost little – Hemsky signed a contract for one year at a comparatively low $1 million, while Jerabek signed for less, agreeing to a one-year, entry-level deal.

Jerabek looked promising; after the Habs brought him up from Laval in November he seemed to be steadily improving, but by late February he was on the move again, traded to the Washington Capitals for a fifth-round pick in the 2019 draft. Those who grumbled at the time can seek solace in the fact that as of this writing, he has not played a minute for the Caps in the Stanley Cup playoffs, a suggestion he may not have a strong NHL future.

For Ales Hemsky, a serious concussion early in the year thwarted a comeback from hip surgery in 2016-17 and he is not likely to return to the Canadiens.

Other Czech Prospects for the Habs this June

With four picks in the second round, the Canadiens could decide to go overseas again. With the 35th and 38th picks, they may still have access to speedy centre Jakub Lauko, who scored six points with the U-18 Czech team in the recent World Junior Championships.

In a weak draft for goaltenders this year, the top prospect is Jakub Skarek, also projected to be selected in the second round. With Carey Price’s future uncertain, he could provide extra insurance for the Habs in goal if he is quick to develop. 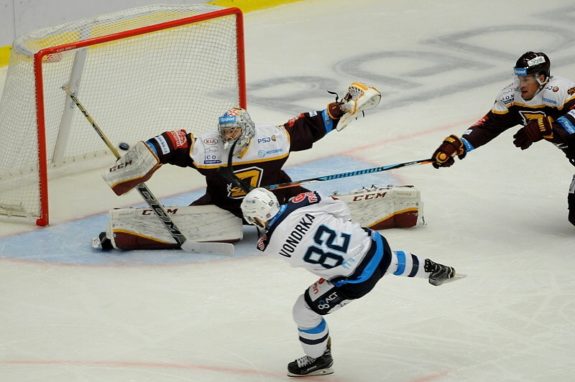 Regardless of whether or not he is the next Dominik Hasek, or even a prospect the Canadiens are considering, it’s pretty clear the team will continue to mine the wealth of talent coming from the Czech Republic in the near future.