In a March 8, 1965 Sports Illustrated article, New York was slammed for its lack of love of the game, “…hockey in the big, hard-hearted city is a game played without love.” Wow, have times changed. The hardened city loves their New York Rangers who have come so far and could go further. Talk of Cup contention has taken over the city, including from owner James Dolan who wants to talk titles in January. 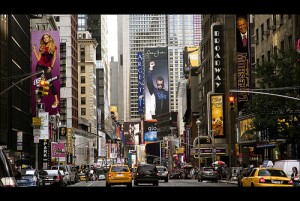 Dolan has not approached the New York Rangers media since the 2005-06 season. His revelation may seem presumptuous a smidge past the halfway point in the season, and fans are uneasy about early predictions rearing boastful downfalls. The Rangers look fit for a championship as Dolan credited coaching, scouting and the farm system as reasons the Rangers sit atop as the best team in the Eastern Conference.

Coach John Tortorella, who never holds back in his bold statements, has no interest in talking about Stanley Cup runs and wants nothing to do with Stanley Cup predictions before the All-Star game. He also was likely avoiding any more statements leading to bloated fines by officials for misconduct.

A major reason the Rangers have broken through any past roadblocks is the MVP season from Henrik Lundqvist who has cemented the goaltending issue. With backup netminder Marty Biron, Lundqvist finally has the tandem in net to push on in the playoff run. Biron has given King Henry the deserved rest and has performed to the tune of 9-2-0 with a 1.87 GAA and two shutouts this season.

Lundqvist is having the type of season that could solidify him as the favorite for the Hart Trophy, awarded to the NHL MVP. In his last few games, he made 27 saves for his fourth shutout of the season in New York’s 3-0 win over Nashville on Tuesday. Fans chant for him to save the day as “Hen-rik!” wafts through Madison Square Garden. His winning ways could take the Rangers past their troubled playoff runs. With New York’s deep defensive screen shutting down scoring in front of him, Lundqvist should at least walk away with the Vezina Trophy. 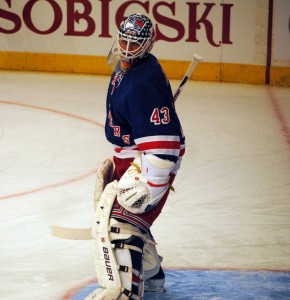 But New York still has work to do. Facing the Pittsburgh Penguins looked more like a scruff match at times, with a lone goal by rookie Carl Hagelin who has brought some speed to their game. Brandon Prust got a misconduct call, Stu Bickel got busted fighting and Brian Boyle was slapped with a call that wasn’t even his doing. Penalties become points for the Penguins as the Rangers were 0 for 2 on the power play, making them 0 for 14 in seven games and 2 for 35 in 15 games since Dec. 20 against New Jersey.

With several winning streaks, though inconsistent, the Rangers are currently one point ahead of the 1994 championship team at this point in the season. The Rangers lead the NHL with 62 points, three ahead of second-place Boston Bruins in the East. New York will face the Bruins Saturday afternoon.

Whether he supports owner James Dolan’s bold predictions, “I had my owner up here talking about winning a Stanley Cup,” Tortorella said. “We have to take it one game at a time.”

For the hard-hearted hockey fans of New York, the Rangers have only brought passionate play and more joy to the Garden. Let’s hope history can repeat with another Rangers Stanley Cup victory.

Auston Matthews: Ready to Lead His Maple Leafs into the Postseason

A Look at the Senators’ Young Defensemen

The Rangers Are Better Off Without Lindy Ruff