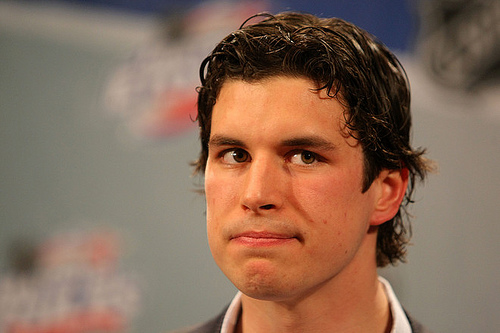 It was 2004.  The Pittsburgh Penguins were atrocious, yet again.  It had been three years straight of missing the playoffs and the team finished in dead last.  The once prosperous team steer-headed by one of the most dominant players, Mario Lemieux, had fallen on hard times with a dwindling fanbase, piss-poor attendance, and a financial situation that would almost see the team relocated in 2007.  Tack on a NHL lockout that would cancel the entire 2004-05 campaign, and Pittsburgh had its tail between its legs and was slowly becoming a hockey wasteland.  That was until July 22, 2005.

The ping-pong balls bounced round and round.  The fate of one team, one franchise, and one city, would be forever changed.  A bright-eyed, bushy-tailed teenager who’d been talked about since the age of 12 was patiently waiting to hear what NHL squad would draft him.  Given the nickname “The Next One”, the 17-year old was already being compared to Wayne Gretzky and would soon be the face of the NHL.

Sidney Crosby knew from day one that he would have a big impact on the city that had fallen out of favor with its hockey team, but just how much was uncertain.  The buzz surrounding him was palpable.  If any player could transform the game and its fans, it was Sidney Crosby – the “Golden Boy”, the messiah, the savior. 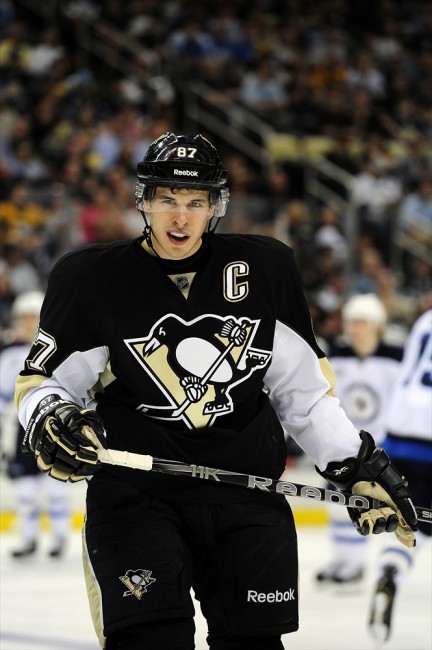 Crosby burst onto the scene in the year following the lockout with a memorable 102-point season.  Although the Penguins finished second to last, he was named to the All-Rookie Team, and placed 2nd in Calder voting to what would become his arch rival, Alexander Ovechkin.  During his career, Crosby has played in four All-Star games, won an Art Ross Trophy, captured a gold medal in the Olympics, lead his team to a Stanley Cup victory, and secured a Hart Trophy.  Sidney Crosby likely won’t win as many Stanley Cups, Hart Trophies, Art Ross Trophies, or partake in as many All-Star games as the Great One, but there is one achievement that the Cole Harbour-native  accomplished (along with Gretzky) that is paramount to all those accolades: Crosby made hockey relevant again.

Every year USA Hockey publishes membership statistics on a year-to-year basis.  Each file shows the amount of registered hockey players in the United States and breaks the total number down by geographical location.  In 2004-05, the total number of players registered by USA Hockey was 445,245 – a decrease of -1.0% from 2003-04.  Hockey didn’t hold the same weight it once did and the NHL lockout didn’t bode well for the once prominent league.  Many fair-weathered fans had lost interest in the game and 2005-06 saw another decrease in registered players with 442,077 – a -.7% decrease.

Almost with a flick of a switch, on the heels of what was to be another jaw-dropping season, Crosby blew away the competition with a 120-point season and hockey fans started coming out of the woodwork.  More people were enrolling their kids in hockey and by the end of  2006-07 USA Hockey had enrolled 457,038 – a 3.4% increase from the year before.  Year after year, enrollments for hockey were climbing and the sport was gaining new ground.  It wasn’t until 2010-11 where USA Hockey had a truly momentous year.  They were finally able to eclipse the 500,000 registered players mark, showing that hockey was here and here to stay.  Since 2004-05 season, the number of hockey players has grown a total of 14.61%.  The graph below shows the total number of players in the USA from 2004-05 to 2012-13 along with percentage increase from year to year:

With such a drastic jump starting at the very beginning of his career, it’s quite clear the effect Crosby had on the game of hockey and how fans from around North America reacted to his style of play, achievements, and persona.  But the largest change happened in the non-traditional hockey market of Pittsburgh itself.

Gretzky was able to grow the sport leaps and bounds in California and the Golden State is now reaping the benefits with names like Jon Blum, Emerson Etem, Nic Kerdiles, among others.  As we’ve seen in recent drafts, there are many players being selected who were raised in and around the Steel City.  Players like Brandon Saad, Vincent Trocheck, Connor Murphy, John Gibson, and JT Miller have grown and developed in what seems to be a brand new hockey hotbed in Pittsburgh. 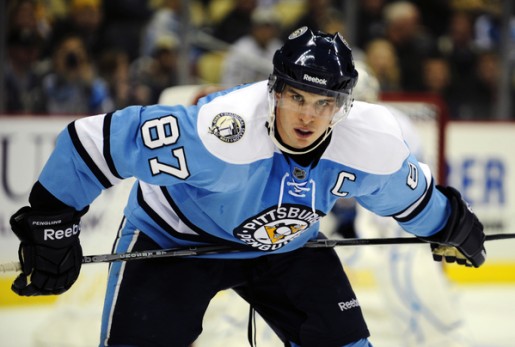 According to the membership statistics, the area that includes Pittsburgh is considered the Mid-American region.  It encompasses all of Western Pennsylvania, Ohio, Kentucky, Indiana, and West Virginia.  In 2004-05 there was a total of 27,897 players from those areas.  By the following year the number had rose to 28,363 – a 1.67% increase.  With the 2012-13 season having come and gone, the Mid-American region now boasts 36,040 players – a 29.19% increase from 2004-05 (the year of the lockout).  The graph below shows the total number of players in the Mid-American region from 2004-05 to 2012-13 with percentage increase from year to year:

The proof is in the pudding.  A small-town kid from Nova Scotia had the ability to flip the script and did just that.  Pittsburgh had its fall from grace in the early 2000s. It was brought back to life on that fateful 22nd day of July, 2005 when Pittsburgh’s ping-pong was picked.  The Crosby sweepstakes not only aided the Penguins revitalization, but also that of an entire country who’d lost faith in Gary Bettman when he put the kibosh to an entire NHL season.

A player’s legacy is almost always defined by the successes he achieved on the ice.  The effect Crosby has had on the game spans far greater than that of the Consol Energy Center.  He’s one of the games great ambassadors; he talks the talk and walks the walk; he’s a leader on and off the ice.  Sidney Crosby is considered the greatest player in the game for many reasons, but the one that goes most unnoticed is the influence he’s had on growing the sport of hockey in Pittsburgh, Western PA, Ohio, and the United States.  And because of that – from one hockey player to another – I thank you.