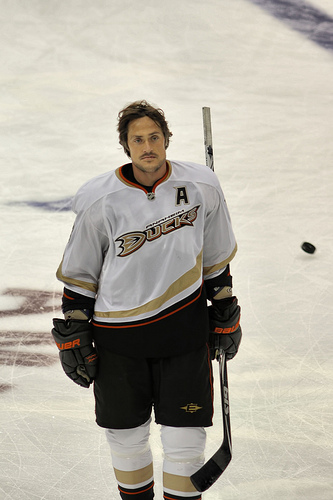 On Saturday, the Ottawa Sun reported that four teams, including the New York Rangers, have inquired about the availability of future Hall-of-Famer Teemu Selanne. And while the addition of Selanne would be a tremendous boost for a team looking to make a playoff run into June, there are a few reasons why it is too soon to envision Selanne coming to the Rangers before the February 27th trade deadline.

First, as with all trade rumors, the information that the media is able to obtain and use for their stories is limited compared to what is taking place between the organizations involved. Having said that, let’s look at what the facts are. The Rangers inquired about making a deal to get Selanne, and simply put, Rangers’ general manager Glen Sather is just doing his due diligence. After all, who wouldn’t want a player that has 15 goals and more points than any Ranger currently on the roster? Any team would love to have a player that is averaging almost a point per game this season, and despite being in 1st place in the Eastern Conference, the Rangers definitely need offensive help.

The second fact is that the Rangers aren’t the only team who has inquired about making a deal for Selanne. According to the same report, the Bruins, the Red Wings, and the Sharks have all made phone calls to Ducks’ general manager Bob Murray. These other three teams are in the same position as the Rangers, sitting near the top or at the top of the league’s standings and looking to add a scorer for their playoff run. However, the Rangers are the youngest team out of all these teams, and could have chances beyond this year for a run at the cup, while a team like Detroit has many key players who are nearing the end of their careers. Therefore, should the Rangers try and engage in a bidding war with other teams and possibly have to give up a key asset for a 41-year-old rental in Selanne?

And the last fact is the one that is most important: Selanne has a no trade clause. Not only does Selanne control where his future destination will be, he could very easily decide that he wants to retire as a Duck. Although it is a long shot for the Ducks to surge and make the playoffs this season (let alone compete for the Stanley Cup), Selanne could want to end his career in the place where he spent parts of 13 seasons in his 19-year career.

The Rangers need to make a move for a scorer in order to go far in the playoffs this year. Just don’t be surprised if it isn’t the Finnish Flash.