With an 8-0 win Sunday over the University of Minnesota-Duluth, the Badgers clinched the championship one weekend before the end of the regular season. They hit their final series of the season — a border battle against the Gophers — carrying a conference record of 22-2-2 and an overall record of 27-2-2.

The Badgers have held down the no. 1 rank in both the USCHO and USA Today/USA Hockey Magazine polls since the first preseason poll. They’ve been the team to beat since the the Obama administration. 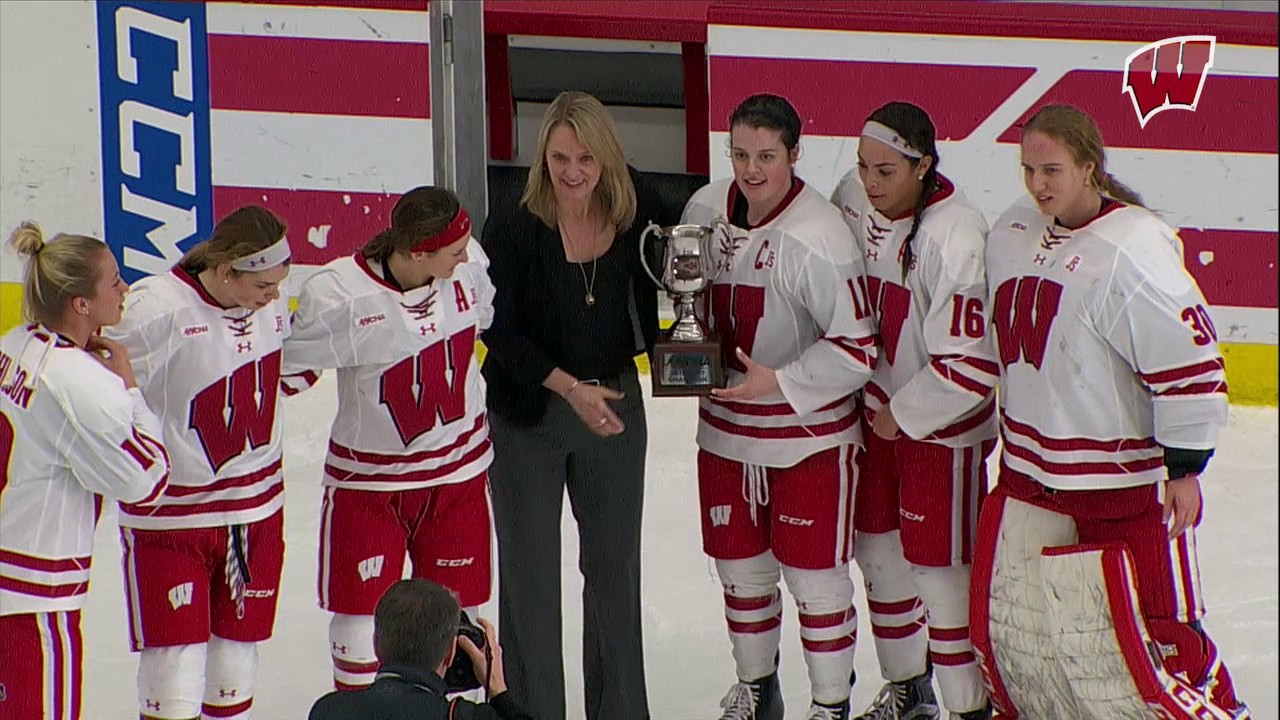 That’s been true even with St. Lawrence playing outstanding defense early on, the back-to-back national champion Gophers having a line that ranked first through third in scoring when healthy, and a feisty Bulldog team showing the Badgers they can put up a fight early in the campaign. That’s to say nothing of good runs from Quinnipiac, Clarkson and Boston College at different points in the season.

The amazing thing about their season is no matter how strong other teams have played, it hasn’t mattered. The Badgers have been damn near flawless.

Coach Mark Johnson’s team has been solid on every front. Ann-Renee Desbiens has arguably been the nation’s best goaltender. Annie Pankowski and Emily Clark have been two-thirds of one of the most dangerous lines in the nation (no matter if they’re playing with Sam Cogan, Sarah Nurse, or someone else). They’ve got rookies almost sweeping WCHA rookie of the week and month awards in Abby Roque, Presley Norby, Alexis Mauermann and Mekenzie Steffen.

There have been speed bumps, like when Desbiens went out with injury twice, but they’ve responded to every slight with a deluge of goals.

They suffered their first loss of the year at the hands of Duluth while Desbiens was out and freshman Nicole Cece took the reins in net. But they came back the next night to grab a 4-1 win with a 47-20 shot advantage. Their next loss was to the Gophers during December’s first series. The next night, the Badgers ran the tables and grabbed an 8-2 win. Duluth played them to a tie in the first game of the series last week and the Badgers roared back with an 8-0 win the next night.

They play well as a team and they’ve had an answer for every bit of adversity at an individual and team level. For instance, Canadian national team forward Annie Pankowski struggled to start the season. In the first nine games, she went without a goal and registered just six assists. In the following 18 games, she posted 20 goals and 16 assists and now ranks ninth in the nation in total points.

Though the focus was turned on just a couple players above, their success has a lot to do with depth. They’re tied for the most players ranking in the top 50 nationally in both goals (four players) and assists (five players). They average the most goals in the nation at 4.16, a good step up from second-ranked Holy Cross at 3.87 (who play in a far less fierce NEHC). After that it’s Minnesota at 3.58, making the Badger offense strikingly dangerous.

At the other end, Desbiens leads the nation with a .957 save percentage. As a team, their 0.94 goals against per game makes them the only team in the nation allowing less than a goal per game. That figure is even better when Desbiens is in net. Her goals-against average sits at just 0.77.

Inside the WCHA, their 40.74 shots per game and plus-87 goal differential at even strength lead the conference. The next best goal differential is 45 goals worse. Outside of special teams, where they rank third nationally on the power play and penalty kill, they basically top every statistical category.

It speaks to their depth. They’re not a one line team. Anything can happen late in the year, but the Badgers simply look a step above everyone else from nearly every angle. Additionally, they’ve put up these stats in one of the toughest conferences and with an unforgiving non-conference schedule that saw them play ranked teams like no. 3 Clarkson and no. 7 Cornell.

Getting Over the Hump

With only one series remaining, it’s playoff time and every team in the nation will have their eye on the Badgers. It’s not the first time, but it’s a final shot for their seniors to shake a monkey off their back. Despite regular season and tournament championships inside the WCHA, they’ve had a tough time getting the best of Minnesota when the national tournament rolls around. 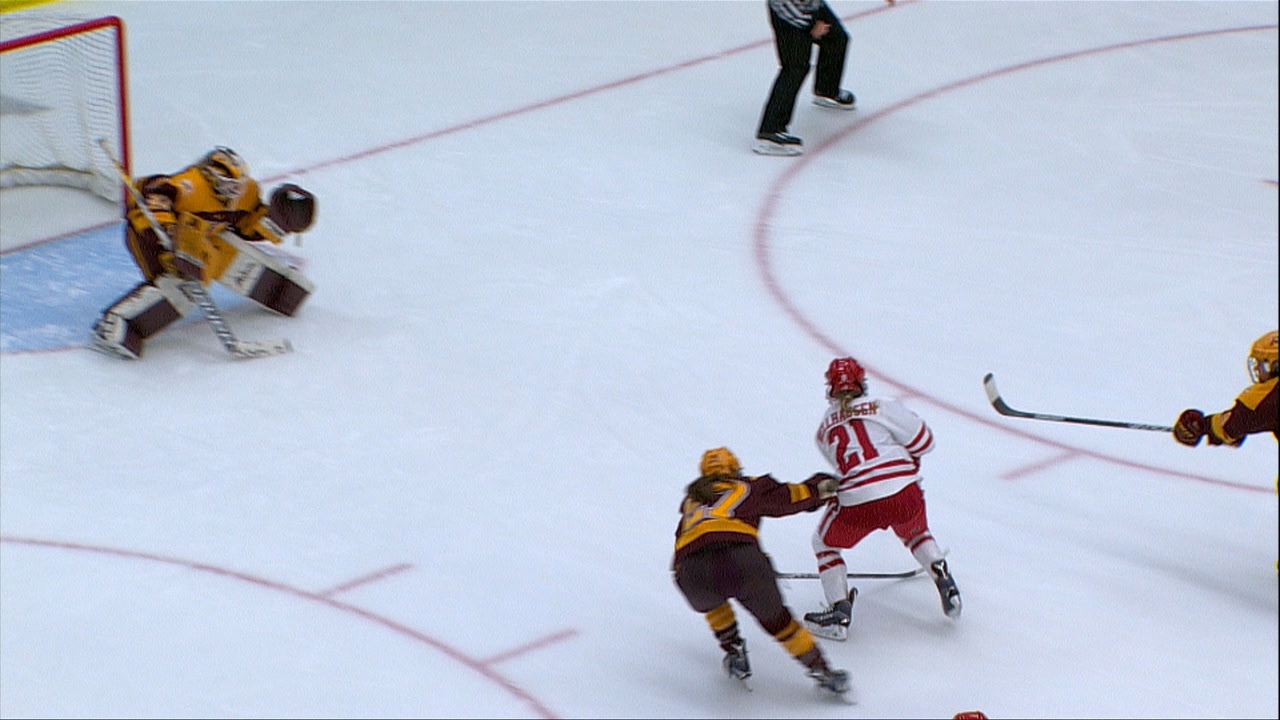 In fact, though the Badgers have won two national titles since then, the last time they beat the Gophers in the NCAA tournament was the quarterfinals of the 2008 tournament.

In many ways, that doesn’t matter. The road to a national title doesn’t necessarily go through the team in Minneapolis. But Minnesota has had their number for years. That makes Saturday and Sunday’s border battle a fitting end to the year for Wisconsin. Even with a no. 1 seed and a regular season championship assured, they’ll want to prove to themselves that no one is capable of standing in the way of a national title.