The St. Louis Blues have come to a lull in picks heading into the 2015 NHL Draft this summer. A series of trades sent most of their picks to other teams, most notably the Ryan Miller and Steve Ott transaction that sent the Blues’ 1st round pick of this year’s draft to Buffalo along with Chris Stewart, Jaroslav Halak, and prospect William Carrier. However, if the team’s management can find a way to look deep into the fancy stats, and can use their keen hockey knowledge that has seen them pick better and better over the past decade, they could still walk out of Florida as winners.

Over the decades of NHL drafts there are always impact players who were selected in lower rounds, and others like Tampa Bay’s Tyler Johnson (literally the new age Marty St. Louis) who go undrafted and still make a giant impact once they get to the big show. The key for each organization is to dissect the player’s on and off ice abilities and their current and projected developmental track to see how that matches with the type of play the team wants to execute moving forward. Detroit has made this an integral part of their team’s culture for years, and it has netted them many under-the-radar draft picks like Henrik Zetterberg (drafted Rd. 7-210 overall), Pavel Datsyuk (drafted Rd. 6-171 overall), and Gustav Nyquist (drafted Rd. 4-121 overall). The question now becomes, how can the Blues duplicate the Red Wings success at low draft pick steals so they don’t miss out on future greats at this year’s NHL draft?

NOTE: It’s painful to make these comparisons to the Red Wings as a true Blues’ supporter, but their scouting and development is second-to-none.

GM Doug Armstrong and his team, led by Director of Amateur Scouting Bill Armstrong (no relation), will need to focus on players who can play a quick, yet still big-bodied game as they develop into everyday NHL players to come out winners at this years’ NHL draft. In order to do this they will need to search for players with high hockey IQs who read the game at an extremely high level, despite their current draft status, heading into the draft this season.

These are players who always seem to find open ice and open teammates, whether they are on top-tier teams or not. Datsyuk actually came from a now defunct tier-2 Russian team where he wasn’t the most notable player by any means (Yekaterinburg Dynamo/Spartak, which also played some tier-1 hockey). However, he was enthusiastic about the game, and was a work-horse on and off the ice who was willing to do whatever it took to get better. When his drive was paired with his high hockey-IQ that intense compete level is what brought him from above average semi-playmaker, into the magician we all know today (with a lot of great coaching along the way).

Read Between the Lines

The Blues will need to find players with these similar traits to walk away with their heads held high at this years’ NHL draft, as they only hold 6 picks; the highest being a 2nd round 56th overall selection (the Blues pick at: Rd. 2-56; Rd. 4-94, 116; Rd. 5-127, 146; and Rd. 6-176 this year). If the management group can continue the quality drafting momentum that they’ve built on over the past decade they can be sure to come away with players who will help their affiliates at all levels, while continuing to develop into tomorrow’s Blues standout stars, just like Vladimir Tarasenko, Jaden Schwartz, and Alex Pietrangelo have.

In addition to finding those players with the heart, mind, and drive to continue their development at staggering paces, the Blues will need to find players who can change the pace of their play to match others in the organization’s system so that they can be great teammates to a variety of types of players to aid the team’s present and future successes, something Henrik Zetterberg has made a career out of. He can find open ice to make plays, or get the puck to any open man in any situation which is why he has so much success. He has also been able to convert chances anywhere in the offensive zone because he keeps his head on a swivel and knows where the best play is before he even gets the puck. That helps him know when he needs to shoot quickly versus hang on to the puck, when and where to pass, and when to simply keep the puck moving. All of these are examples of plays that keep the momentum swinging his team’s way, which often leads to chances, goals, and wins for the Wings. If Bill Armstrong can find some players who possess these specific types of skills he will hit the proverbial jackpot in late-June at this year’s NHL draft in Florida. 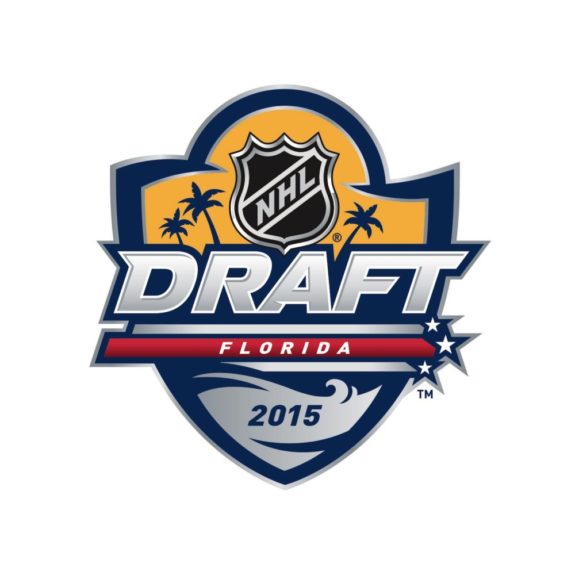 Here’s a look at some players who embody the previously mentioned skills to become future Blues stars. They aren’t necessarily listed by positions needed, but by overall skill-sets because that’s what any team looks for at each NHL draft. This list focuses on the 1st pick for the Blues this year (Rd. 2-56th overall), to avoid an endless article with a plethora of great options (IN NO PARTICULAR ORDER).

Brendan Ghule, D: A 17 year-old Canadian defenseman who will provide that physical presence on the back end, with an upside of offensive firepower as well. He will remind fans of a Petteri Lindbohm or a Jay Bouwmeester (in his younger years), and should develop into a top-4 D-man. He plays big minutes in Juniors and has even had some playoff successes, averaging .50 points per game (PPG) in the postseason from the blue line. However, he will need to work on his positioning in his own zone to make the NHL transition.

Graham Knott, LW (pictured above): A big-bodied Canadian left-winger who plays solid defensively (6’3″, 192 lbs.) like Patrik Berglund, but who has the scoring touch of TJ Oshie (yet possibly more consistent). He hasn’t had the best success in the playoffs, but has given great contributions in the World-Juniors U-18 tournament where he had 4 assists in 5 games played. He could very well be what Bergy was supposed to be, a great back-checking power forward who digs in corners to set up teammates, and who isn’t afraid to get in front and grind out a goal.

Semyon Afonasyevsky, LW: Here’s another big-bodied power forward with a scoring touch (6’2″, 196 lbs) who should fit into the Note’s playing style nicely. Afonasyevsky has made a name for himself in the MHL (Russia’s top Junior league) for being a leader on and off the ice, and has even led his team to a 3rd place finish this year, where he averaged .84 PPG in the regular season. His best upside is his playoff prowess, where he kicks into another gear and finds the back of the net almost every game (.76 PPG), something that could prove very useful to the Blues in the future.

Alexander Younan, D: This up-and-coming future star is a mobile defenseman that sees the ice like Kevin Shattenkirk. He’s not afraid to jump in the play, and has the speed to get back and help out. He needs to work on his shut down skills defensively, but should the Blues draft him, he’ll have plenty of time to develop that piece of his game as he moves up. He can move the puck quickly, and find plays in and out of traffic which should give him an edge over most defensemen in this draft, regardless of his projected position (59th among International skaters). Another awesome upside to Younan: he’s a .50 PPG player in the postseason from the blue line, watch out.

Alexander Sharov, RW (pictured above): The final player the Blues should look at in the 56th spot of this year’s NHL draft is also the biggest question mark moving forward. Sharov has shown flashes of brilliance over his budding career, but has seen his development stifled since moving to the KHL from the MHL this past season (34P in 41GP in Juniors, 7P in 40GP in the KHL). Though his development has been called disappointing by some he has all the tools to be a top-tier player in the NHL, and the playoff success that makes him appealing to the Blues management team. His 1.00 PPG average in his playoff career shows he has another available gear, and if he can manage to get that level of play to show up throughout the regular season he will be a true force in pro-hockey. He’s also played well at the World-Juniors U-20 tournament proving that he should be taken seriously, meaning he could be that diamond-in-the-rough the Note are searching for at this summer’s NHL draft.

If the Blues can manage to sift through the mountains of scouting reports and stats of all kinds to match these players (among a lot of other great options) to the expected holes in their rosters, they should be able to make the most of this  year’s NHL draft, despite their lack of top-end picks. The good news is that the management team has been drafting consistently better over the past decade, a trend that is already putting the Blues near Cup contention year after year.