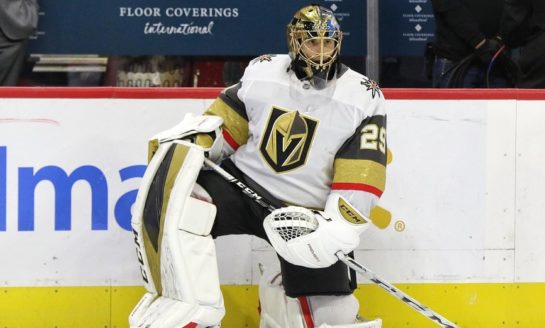 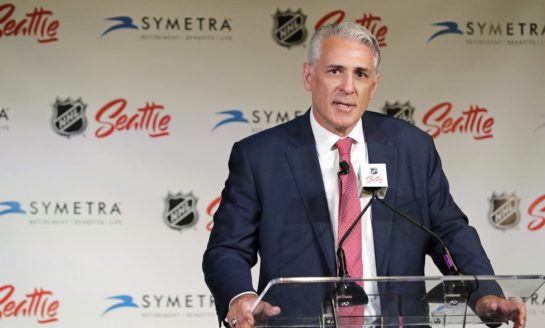 3 Things the Kraken Can Learn from the Playoffs

These sections will fill out as time goes by.

The Myth of the Kraken - History of the NHL's Newest Logo

September 1st, 2020 You're a Viking living a good life. You've got a farm and a nice longhouse. You've accidentally discovered steel in the most metal of ways, mixing the bones of your ancestors in with molten iron. You're raiding again, sailing the endless oceans looking to plunder, and you've got nothing to fear... 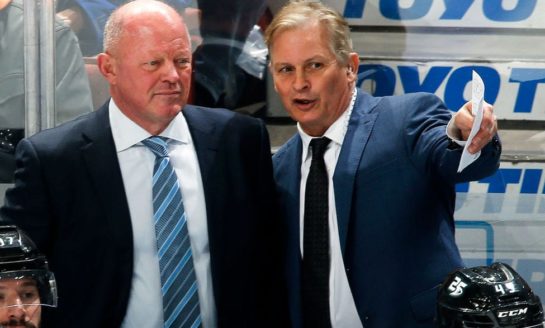 August 24th, 2020 The only thing we know for sure about the 2020-21 season is that it will be the NHL's last season with 31 teams. Now that the Seattle Hockey Club has become the Seattle Kraken, complete with colors, logos, and a catchy slogan, inaugural general manager (GM) Ron Francis will start the painstaking...

Kraken Will Have to Work to Build an Engaged Fan Base

Climate Pledge Arena is Setting a New Standard for Environmentalism

Kraken Will Have Future NHL Talent in Their Own Backyard

Seattle Kraken Have Some Cracking Choices for Their First Head Coach 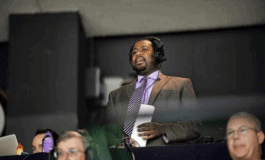 More Than Words - The Seattle Kraken Find Their Broadcast Voice

The voice of the Seattle Kraken has been identified. Everett Fitzhugh has been hired to call goals, penalties, and hopefully someday a Stanley Cup. The timing makes sense, it couldn’t have happened much sooner since a team with no name hardly needs a broadcaster. And now that the reveal has happened, the voice of the team can be included throughout their various marketing media. But who is Fitzhugh and how did he end up being the team’s selection?   Fitzhugh Has Put in His Time For the past five years, Fitzhugh has put his talents to work for the Cincinnati Cyclones, the ECHL affiliate of the Buffalo Sabres, as well as being the brains behind their public relations and broadcasting departments. Beyond merely calling plays, he’s been significantly involved in the day-to-day operations of the business and marketing sides, including total responsibility for the social media presence of the Cyclones.  Unfortunately, the team did not make the Kelly Cup Final during...
July 27th, 2020 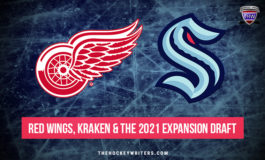 Could the Detroit Red Wings have a new rival soon? Now that the Seattle Kraken have officially revealed their team name, the NHL suddenly has two octopus-affiliated franchises. There are two schools of thought on a potential Red Wings-Kraken rivalry: “Sure, why not” and “please don’t force this.” Personally, I’m with the former, because that implies the Red Wings will be competitive enough to have a rival at some point.

A legend from the deep awakens.

Before the Red Wings or Kraken can establish their tentacled dominance, the latter needs to add players to their roster. Seattle’s expansion draft will be held next summer and follow the same rules as the 2017 Vegas Golden Knights draft. The Red Wings are in a good spot heading into the expansion draft. As a rebuilding franchise, there are only a handful of players who are truly indispensable. Let’s dive in. Related: Red Wings: Projected Seattle Expansion Draft Protected...
July 25th, 2020 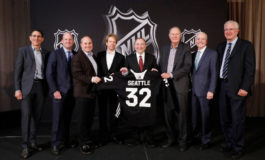 Vancouver Canucks and Seattle Kraken: The Next Great NHL Rivalry

National Hockey League rivalries can be intense, highly entertaining and will fester and smoulder for decades, only to be freshly renewed during the postseason; the proverbial pulling the scab off an old wound. Until now, the cities of Seattle and Vancouver have had a kinship that dates back more than a century. They are unofficial sister cities and harbour many similarities. Both urban centres are situated near mountains and forests and their respective downtowns backdrop stunning ocean quays. They are similar in size and are just two hours apart by car. Seattle and Vancouver are both known for hip coffee and micro-brewery culture, contemporary urban living, and eclectic culinary cuisine, especially of the seafood variety. They are both popular tourist destinations and ports of call for cruise ships and luxury yachters. The Seattle Kraken's stylized "S" emblem Competitively, the relationship has been passive. The rival Major League Soccer clubs the Seattle Sounders and...
July 25th, 2020 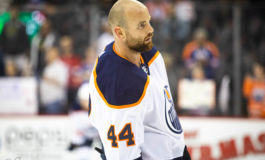 Kraken Should Have Their Eyes on This Oiler

After 55 years of expansions, the National Hockey League will have grown from the Original Six teams to 32 clubs by the time the 2021-22 season begins. The league finally got the process right by the time they welcomed in the Vegas Golden Knights (2016-17). The new team immediately had success and went as far as the Stanley Cup Final against the Washington Capitals during their inaugural season. Related: NHL Expansion Draft Rules and Regulations From 1967 on, the league brought in teams, who were left to pick from a heap of second-rate players to fill their lineup. Some teams had success early like the Philadelphia Flyers with Cup wins in 1974 and 1975, as well as the New York Islanders with four consecutive Cup wins during the 1980-83 stretch. But many hockey fans cringed at the early Washington Capitals, Vancouver Canucks and Florida Panthers. The Winnipeg Jets — not an expansion franchise but adopted from the World Hockey Association — had a rough start too. The...
July 24th, 2020 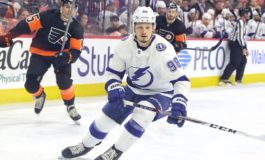 In today's NHL rumor rundown, Columbus Blue Jackets' coach John Tortorella is not happy with his team and explains why. In Pittsburgh, there are questions about who starts in goal and the GM has an opinion that might not match the coach. Who will the Tampa Bay Lightning be forced to trade and finally, who is in line to be the first head coach of the new Seattle Kraken franchise? Blue Jackets Coach Unhappy With Players Blue Jackets head coach John Tortorella has a tendency to be boisterous and opinionated at the best of times. When he sees something he doesn't like, he's not afraid to say so. Now, he's targeting his own team and their preparation for the play-in round of the NHL's return to play. John Tortorella, Columbus Blue Jackets bench, Feb. 22, 2018 (Amy Irvin / The Hockey Writers) Tortorella told NHL.com’s Craig Merz he doesn’t like what he has seen so far. “My concern is some of the people that we are going to need to make a difference for us to...
July 23rd, 2020 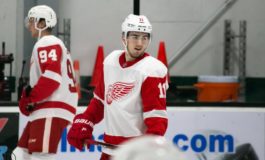 In today's NHL rumor rundown, there is news that Filip Zadina of the Detroit Red Wings could be heading to the Czech Republic, Oilers' prospect Philip Broberg might actually make the team's top-six, and is there any more news on the Taylor Hall talks with Arizona? Finally, where did the name Kraken come from for the new Seattle expansion team? Zadina to Join Czech Republic Team? HC Ocelari Trinec of the Czech Extraliga all but confirmed that conversations are taking place that would see Red Wings prospect Filip Zadina play overseas. Filip Zadina, Detroit Red Wings (Amy Irvin / The Hockey Writers) The club responded to a tweet (translation required) that alleged that both Zadina and Red Wings GM Steve Yzerman are working to get Zadina playing in his native Czech Republic. More specifically Zadina would play for Ocelari, which is a top team in the Extraliga and employs Zadina’s father, Marek Zadina, an assistant coach. The club stated that they...
Masthead