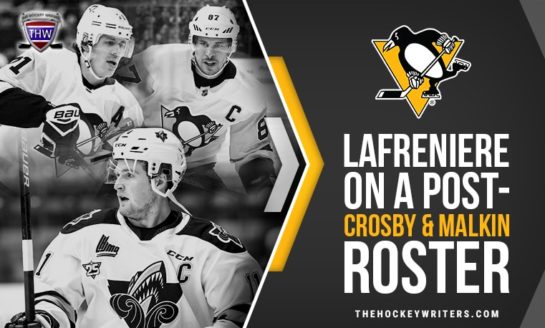 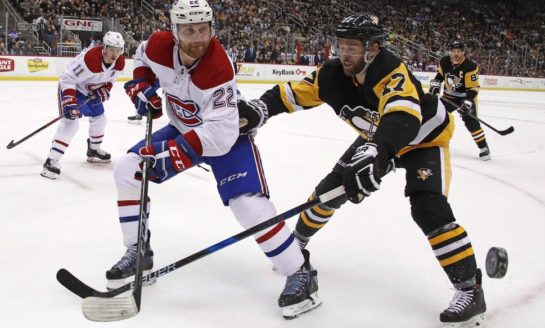 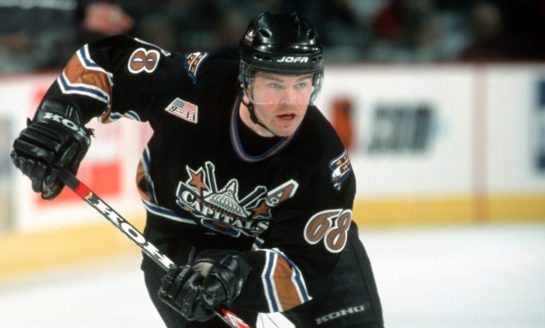 July 11th, 2020 The Pittsburgh Penguins traded away one of the greatest players in their franchise history on this date. Plus, a pair of Hockey Hall of Famers were born who won three Stanley Cups between them. Penguins Trade Jagr Changing addresses were nothing new to Jaromir Jagr, who played for nine... 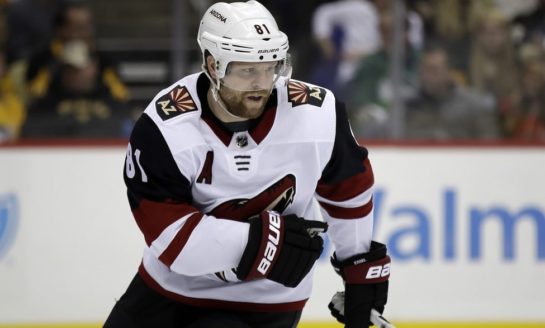 July 9th, 2020 Over the many years of a legendary career, Pittsburgh Penguins general manager Jim Rutherford has shown he does not shy away from making massive trades to make his team competitive. On July 30, 2019, he proved that again by trading away a star player who was crucial to the back-to-back Stanley...

Could Penguins' John Marino Be Their Next No.1 Defenseman? 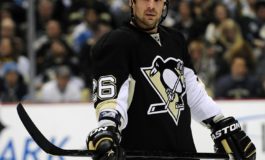 To date, there have been 659 skaters and 65 goalies to play at least one game in a Pittsburgh Penguins uniform. There are the obvious ones, like Mario Lemieux or Sidney Crosby, but there is a long list of star players who spent a small portion of their illustrious careers in the Steel City. Related: Eddie Olczyk Embodies Passion for Life, Hockey Here is a list of 18 NHL stars that you may not have known, or had forgotten, played in the Penguins organization for a short period of time. This list includes Hall of Famers and fourth liners alike, but all made their name known in the hockey world. Leo Boivin Hall of Famer Leo Boivin was selected by the Penguins after the Detroit Red Wings left him exposed during the 1967 NHL Expansion Draft. He played 114 games with them, but it was not his first stint playing in Pittsburgh. He played with the AHL’s Pittsburgh Hornets for 30 games in 1951-52 before making his home in the NHL the following season. Boivin played 1,150...
June 12th, 2020 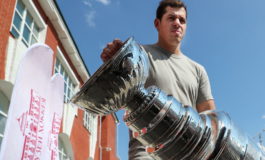 Fans in Pittsburgh were given two huge reasons to celebrate on this date over the years. Also, on June 12, two of the greatest players in National Hockey League history were bestowed big honors. A Banner Day in Pittsburgh The Pittsburgh Penguins have won five Stanley Cups in their franchise history, with two of those victories coming on this date. On June 12, 2009, they beat the Detroit Red Wings 2-1, in Game 7 of the Stanley Cup Final, to win their first championship since 1992. They gained revenge on the Red Wings, who beat them in the 2008 Final. Max Talbot scored both goals for the Penguins in the second period. Goaltender Marc-Andre made 23 saves, but none were bigger than the one he made against Nicklas Lidstrom just before time expired in the game. The Penguins lost the first two games of both the Eastern Conference Final and Stanley Cup Final before winning each series in seven games. They were the first time in the...
June 11th, 2020 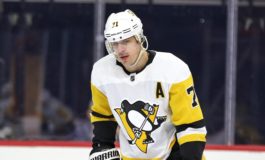 With the novel coronavirus putting a sudden end to the 2019-20 NHL regular season, it is time for voting to begin on the league's awards. While we probably won’t know the frontrunners for awards like the Calder or Hart Trophies for the time being, the Professional Hockey Writers Association (PHWA) announced this year’s nominees for the Bill Masterton Memorial Trophy. The Masterton is awarded by the PHWA to the player who best exemplifies the qualities of perseverance, sportsmanship, and dedication to hockey.

Every year, all 31 teams in the league have a player up for nomination and it's usually awarded to a player who overcame a serious injury or personal issues. Last season’s Masterton winner was New York Islanders' goaltender Robin Lehner, who opened up about his mental health issues and bouts with alcoholism, and then went on to have a career-low goals against average (2.13) and was nominated for the Vezina...
June 11th, 2020 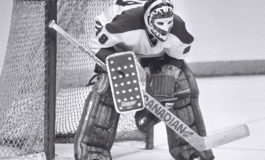 June 11 has been a very exciting day in National Hockey League history. One franchise’s 45-year wait to wear the crown finally came to an end, while another team returned to championship series for the first time in a long time. This date also gave us the first repeat champions we’d seen in nearly two decades as well as four different NHL Drafts. Kings Finally Take the Throne It took them 45 years to reach the top of the mountain, but, on June 11, 2012, the Los Angeles Kings finally won their first championship. They beat the New Jersey Devils 6-1, in Game 6 of the Stanley Cup Final, to become the first eight seed to win it all. The Kings took control of the game after Devils winger Steve Bernier was given a five-minute major and game misconduct for boarding, midway through the first period. Dustin Brown, Jeff Carter and Trevor Lewis all scored on the ensuing five-minute power play to build a 3-0 lead. Carter and Lewis both added second goals before Matt Greene capped...
June 9th, 2020 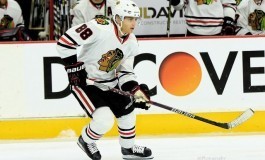 June 9 might be the busiest day, historically, for the month. This date in National Hockey League history includes some memorable Stanley Cup coronations, with one legend retiring and another joining the league. A Big Day for Roy and Ray Patrick Roy won three Conn Smythe Trophies, for being the most valuable player of the postseason, during his career and he received two of them on this date. On June 9, 1993, the Montreal Canadiens beat the Los Angeles Kings 4-1, to win the Stanley Cup in five games. Paul DiPietro scored the first and last goal of the game while Kirk Muller scored the game-winning goal early in the second period. John LeClair and Lyle Odelein both had a pair of assists. June 9 has been very kind to Roy over the years. (Photo by Bruce Bennett Studios/Getty Images) Roy made 18 saves to win the second Stanley Cup of his career. He was awarded the Conn Smythe Trophy for the second time with the Canadiens for going 16-4 with a .929 save percentage (SV%) and...
June 8th, 2020 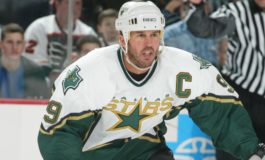 June 8 is mostly remembered for two things; plenty of Stanley Cup Final action and multiple coaching changes. Also, one of the most memorable Entry Drafts in National Hockey League history took place on this date. Stanley Cup Final Moments The Florida Panthers hosted their first-ever Stanley Cup Final game on June 8, 1996. Ray Sheppard caused thousands of plastic rats to rain down on the ice by scoring halfway through the first period, to tie the Colorado Avalanche at 1-1. Rob Niedermayer gave the Panthers a 2-1 lead two minutes later. The Avalanche got second-period goals from Mike Keane and Joe Sakic to lead them to a 3-2 victory and a 3-0 lead in the series. Sakic’s goal was his sixth game-winning goal of the 1996 postseason, a new NHL record. The Dallas Stars hosted the Buffalo Sabres, on June 8, 1999, in Game 1 of the Stanley Cup Final. Brett Hull’s power-play goal opened the scoring midway through the first period. Stu Barnes and Wayne Primeau scored five...

The Penguins have been supremely fortunate to offer their fans two of the game's all-time legends in Mario Lemieux and Sidney Crosby. But it takes more than a single superstar to win Cups, they need other greats to support them. These players as well as some of the legends in the team's storied... January 2nd, 2020

Penguins Hockey - The Last Days of the Igloo

Pittsburgh’s Civic Arena, affectionately known as The Igloo and former home of Penguins hockey, is finally being demolished. - Story by Brian Lutz Strange things happen before every Pittsburgh Penguins home game. Up until game time, everyone lucky enough to secure tickets does the same... October 24th, 2011
Masthead