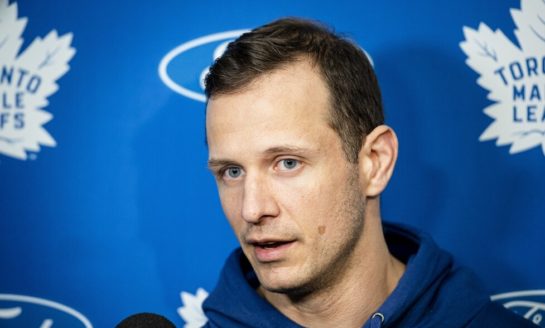 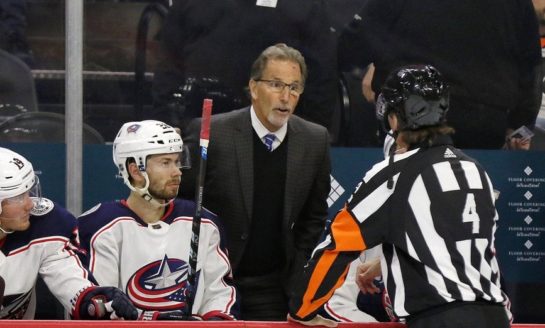 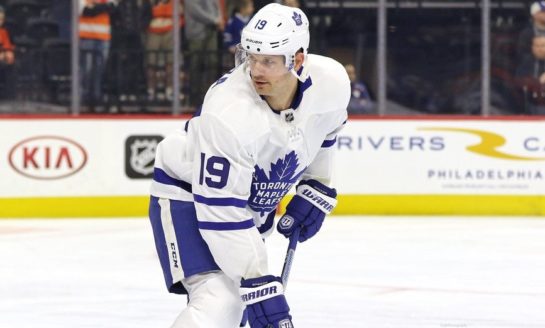 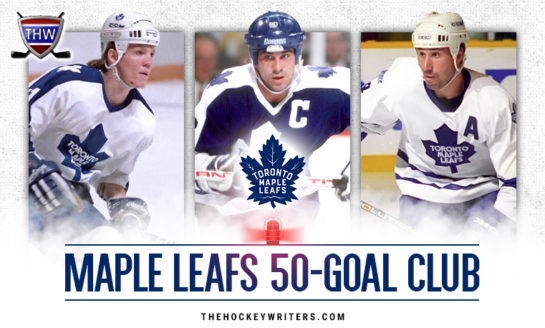 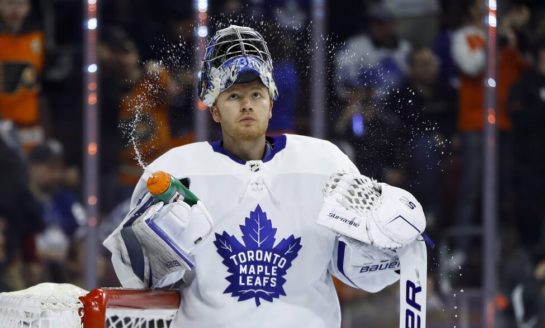 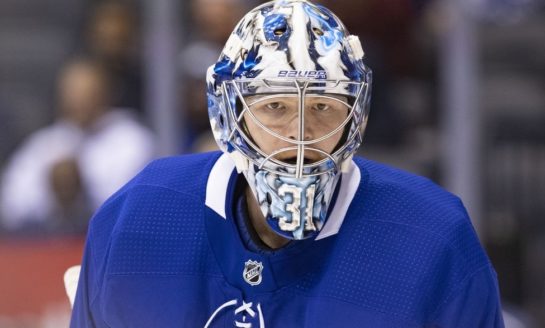 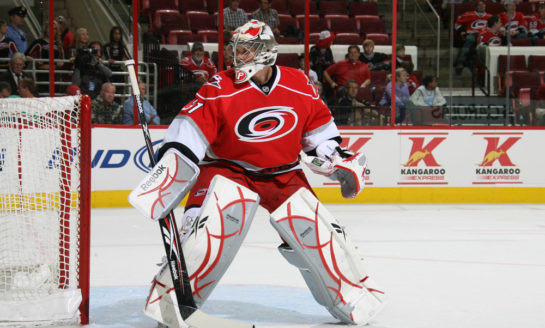 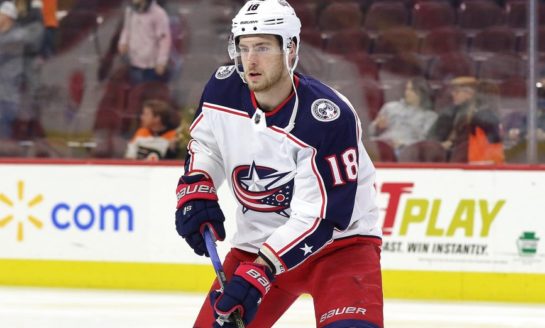 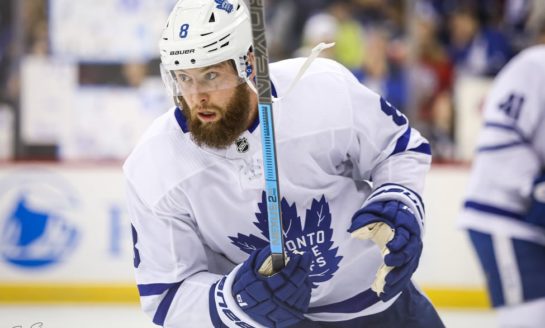 August 6th, 2020 In this edition of Toronto Maple Leafs News & Rumors, I’ll try to help fans stay up-to-date with some of the changes happening with the team as it prepares for Game 3 against the Columbus Blue Jackets on Thursday. I’ll particularly focus on the defensive changes necessitated by the injury...

August 6th, 2020 The Toronto Maple Leafs delivered perhaps their best performance of the season on Tuesday afternoon with a dominating 3-0 victory over the Columbus Blue Jackets. Any reason to celebrate, though, was overshadowed by an apparent neck injury to defenceman Jake Muzzin, who was stretchered off the ice... 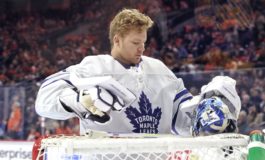 The Toronto Maple Leafs came out against the Columbus Blue Jackets and won Game 2 Tuesday by a 3-0 score to even their series at 1-1. In this edition of Maple Leafs News & Rumors, I’ll discuss the play of Frederik Andersen and Nick Robertson in Games 1 and 2. I’ll also compare Auston Matthews’ response to the Toronto Sun’s Steve Simmons to the way Blue Jackets head coach John Tortorella answers media questions. Item One: Two Games In, and Andersen's Looked Great One of the biggest questions heading into the play-in series was which Frederik Andersen would Maple Leafs fans see. Would it be the early-season, slow-starting Andersen; or, would it be the Andersen who, when he’s on his game, can carry a team? Well, the right goalie showed up for both games. Frederik Andersen, Toronto Maple Leafs (Jess Starr/The Hockey Writers) In two postseason games, Andersen showed none of the rust that usually plagues him early in a season. Specifically, during Game 1, he made...
August 4th, 2020 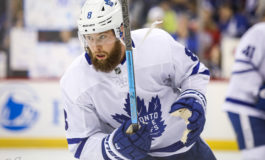 In a scary incident Tuesday late in the third period of Game 2 between the Toronto Maple Leafs and Columbus Blue Jackets, defender Jake Muzzin was taken off of the ice on a stretcher after an unfortunate collision to his head.

Scary scene at Scotiabank Arena as @MapleLeafs defenceman Jake Muzzin was stretchered off the ice. pic.twitter.com/AIpBPM3bTl

Muzzin was originally knocked off balance behind the Maple Leafs net courtesy of a cross check by Blue Jackets-forward Pierre-Luc Dubois. As he was falling, his head made a clear collision with Oliver Bjorkstrand's knee. The collision with Bjorkstrand's knee was clearly an accidental incident that led to Muzzin being attended to on the ice by medical professionals for minutes on end. Muzzin was eventually taken off of the ice on a stretcher, but both the Maple Leafs and Blue Jackets benches both seemed visibly rattled by the situation. Related: Maple Leafs' Mailbag: Playoffs, Playoffs & More Playoffs In a game like hockey, injuries like this are hard to watch. It's easy to...
August 4th, 2020 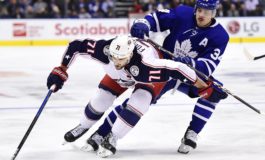 How Can the Maple Leafs Crack Blue Jackets in Game 2?

With a 2-0 loss to the Columbus Blue Jackets on Sunday night, it goes without saying that Game 1 did not go according to plan for the Toronto Maple Leafs. A low-scoring, low-event, tight-checking game is exactly what John Tortorella and the Blue Jackets drew up, and the Maple Leafs seemed to fall right into the trap. Related: Maple Leafs Need a New Plan: Too Much Wasted Effort, No Reward At All It'll be difficult for the Maple Leafs not to improve on their offensive effort in Game 1, given that it was just the second time they were shut out all season. But on the other hand, it may be just as difficult to crack Columbus' defensive code. We know that Toronto has more than enough firepower to get the job done, but what changes will they have to make in order to even the series? Scoring First Is Key Game 1 showed us that the Blue Jackets are confident in their lockdown style: they limited the Maple Leafs to just 10 high-danger scoring chances, a measly 1.87 expected goals,...
August 3rd, 2020 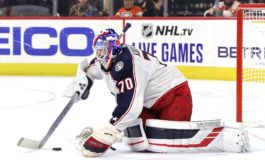 The Columbus Blue Jackets had a plan. They executed their plan to perfection in their 2-0 victory in Game 1 of their Stanley Cup Qualifer series against the Toronto Maple Leafs. What did we learn from this game? 1. Joonas Korpisalo Shined Brightly The night belonged to Joonas Korpisalo. Making his postseason debut for the Blue Jackets, he made it a night he will never forget. Korpisalo turned away all 28 shots to record the first shutout in Blue Jackets' postseason history. He was brilliant all night. But it was his save on Auston Matthews in the second period that was by far his best. Matthews was able to get into the slot and it seemed like the game was about to be 1-0 Maple Leafs. But instead, Korpisalo reached out and gloved the shot down. From that point on, you could tell the Blue Jackets had momentum on their side.

Every time the Maple Leafs pressed, Korpisalo had an answer. He was...
August 3rd, 2020 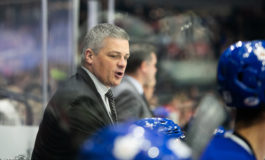 Well, back to the drawing board. What we know after last night’s game is that, should the Toronto Maple Leafs move past the Columbus Blue Jackets into the playoff round, it won’t be because they swept their opponent. Last night, in what must have been totally frustrating, the Maple Leafs dumped Game 1 to the defensive-minded Blue Jackets 2-0. Related: Maple Leafs’ Nick Robertson: His Progress, Problems & Potential Fredrik Andersen made a single mistake and a goal got past him and the Blue Jackets added an empty-netter to double their scoring. That was it. Will This Series Test Sheldon Keefe's Coaching Style? Part of the Maple Leafs' trouble last night was that their offensive plan didn't work and they couldn't adapt to the Blue Jackets' game. There's no reason to believe that, should the Maple Leafs play the same way in Game 2, the result would be any different. That leaves Maple Leafs head coach Sheldon Keefe to design a new plan for attacking a smotheringly...
August 3rd, 2020 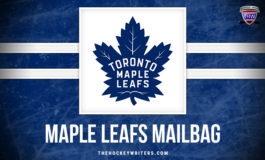 The Toronto Maple Leafs’ playoff play-in series is upon us and there are still some burning questions surrounding the team coming in from Leafs Nation. As the team continues their series against the Columbus Blue Jackets, we’ll be diving into some playoff talk with the latest set of mail-in questions. Related: Maple Leafs' Mailbag: Questioning Defence, Draft Picks & Will Matthews Leave? With that said, I won’t pretend to be able to read minds or see into a crystal ball, but I will do what I can - based on my knowledge of the game and the Maple Leafs - to answer some of the recent questions sent in by fans of the hockey club. How will they play in the rough, no whistle playoffs? From Raymond Dubien on Facebook Early observations of the 2020 postseason is showing that there will be a number of penalties called throughout playoffs. That said, the Maple Leafs and Blue Jackets had just three penalties called in their Game 1 matchup - which was a seemingly clean,...
Masthead