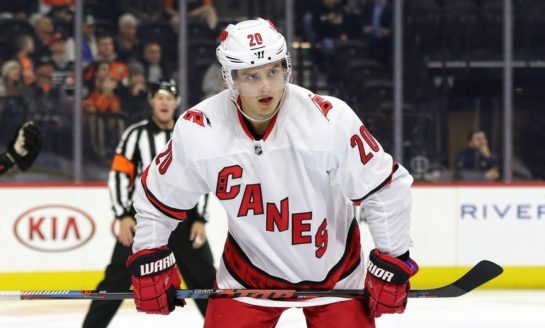 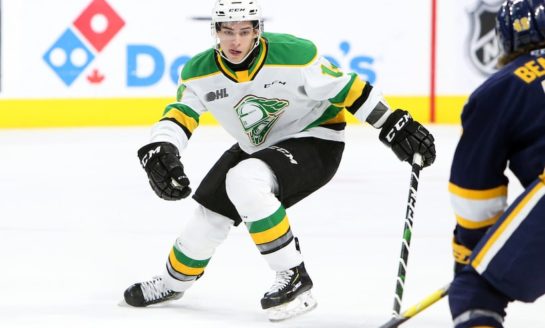 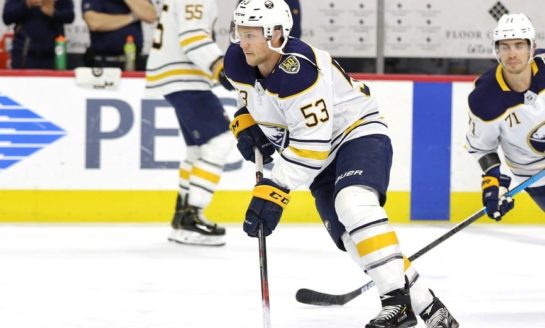 August 2nd, 2020 Aug. 2 was a big day for the Buffalo Sabres as they pulled off a big trade to land a dynamic player in 2018. Also, a group of veteran players, including a current National Hockey League head coach, signed on with new teams on this date. Sabres Acquire Skinner The Sabres made a big splash, on... 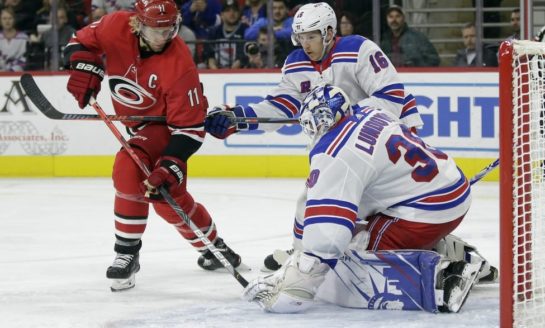 July 29th, 2020 Anticipation is building as the NHL approaches its return to play on Aug. 1, and it'll be the Carolina Hurricanes and New York Rangers who kick things off with a Saturday afternoon 12 p.m. drop of the puck. The playoff-qualifying series will be best of five, with the winner advancing to the... 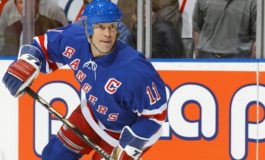 July 13 has been all about returning to sites of great success throughout National Hockey League history. A handful of Hall of Fame players and coaches made return trips to teams they were either drafted by or hoisted Stanley Cups for. An Early Blockbuster Trade Less than three months after winning the Stanley Cup, the Detroit Red Wings made a huge trade on July 13, 1950. They completed a nine-player deal with the Chicago Blackhawks by trading Pete Babando, Harry Lumley, Jack Stewart, Al Dewsbury and Don Morrison in return for Jim Henry, Bob Goldham, Gaye Stewart and Metro Prystai. Babando’s last play with the Red Wings was scoring in double-overtime of Game 7 of the Stanley Cup Final against the New York Rangers. He would never reach the postseason again in his career.

In the end, the trade winded up being pretty even for both clubs. Dewsbury, a defenseman, had the best run with the Blackhawks,...
July 9th, 2020 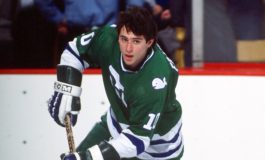 Rookies are often thrust into the spotlight as hockey minds try to predict a young player's potential for growth. Watching a star grow into their own is one of the more exciting parts of hockey, especially when they show flashes of brilliance in their first NHL season. These are the five rookies who did it best for the Hartford Whalers/Carolina Hurricanes franchise. 5. Sebastian Aho, 2016-17 The flashy Finnish forward quickly becoming a household name not only in Carolina, but around the league, gets the slight edge at No. 5. Aho has shown remarkable development during his three years in the league, but Hurricanes fans have known since his rookie season that this kid was the real deal. Carolina Hurricanes' Sebastian Aho (AP Photo/Karl B DeBlaker, File) Aho got off to a slow start as he adjusted to the NHL pace; he didn’t score a goal until his 14th game. But after getting the first one out of the way, he gradually began to gain confidence and contribute more...
June 28th, 2020 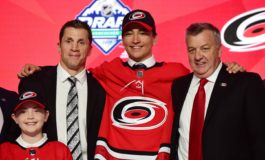 The 2020 NHL Entry Draft could be a pivotal one for the Carolina Hurricanes. With the potential for five picks in the first three rounds, the Canes have a special opportunity to add key assets to their organization. This upcoming draft is projected to be one of the deepest and most talented groups in years. But general manager Don Waddell and the Hurricanes will have to strike gold with nearly every pick if they hope to outdo some of the franchise's best drafts on this historic list. 2010 Draft Round 1 (7): F Jeff SkinnerRound 2 (37): D Justin FaulkRound 3 (53): D Mark AltRound 3 (67): D Danny BiegaRound 3 (85): D Austin LeviRound 4 (105): F Justin ShuggRound 6 (167): D Tyler StahlRound 7 (187): G Frederik Andersen In a draft year headlined by the catchphrase "Taylor or Tyler?" for the No. 1 overall pick, all the focus was on whether Taylor Hall or Tyler Seguin would go first to the Edmonton Oilers. But it was the Hurricanes who quietly left the draft with full pockets,...
June 27th, 2020 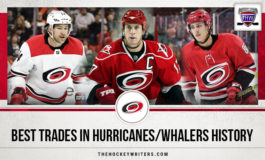 One of every hockey fan’s favorite things to do is to analyze trades and pick a winner and a loser. Despite the natural tendency to choose a side, a trade will often benefit both teams involved. But these five transactions executed by the Carolina Hurricanes/Hartford Whalers franchise were indisputable victories – both for the success of the team and for the legacies each player left behind. 5. Bret Hedican for Sandis Ozolinsh To Carolina Hurricanes: D Bret Hedican, C Kevyn Adams, D Tomas Malec, 2003 2nd-round pickTo Florida Panthers: D Sandis Ozolinsh, C Byron RitchieDate: Jan. 16, 2002 It almost feels like Bret Hedican played more than just six seasons for the Hurricanes, but perhaps it's a testament that his impact was greater than his tenure. Hedican was Carolina's top defenseman for much of his stay, leading all Hurricanes blueliners in ice time in 2005-06, the year they won the Stanley Cup. It was his third Stanley Cup Final appearance, and second with the...
Masthead