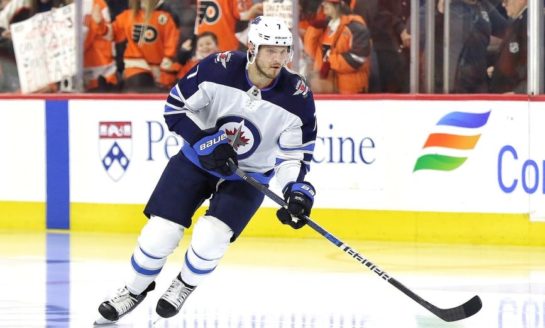 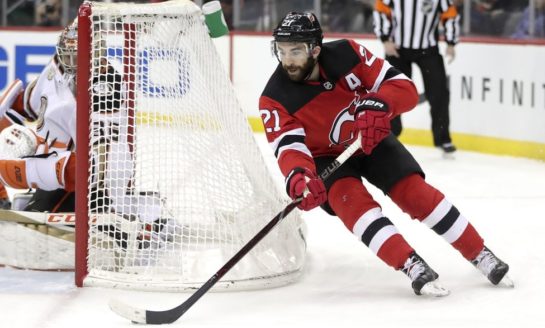 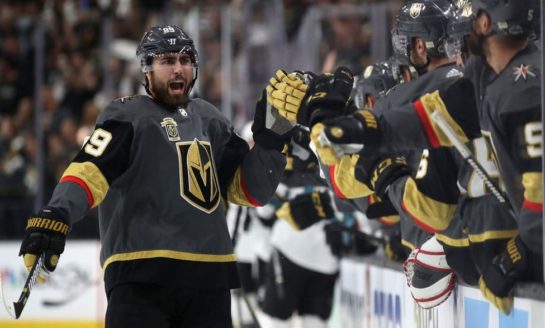 Devils Still Have Plenty of Cap Space to Spend

October 20th, 2020 The New Jersey Devils have had an active offseason, making upgrades on offense, defense, and in net. But even with the new additions, they still have $18 million in available cap space. They have to re-sign restricted free agents Jesper Bratt and Mackenzie Blackwood, which should take up around... 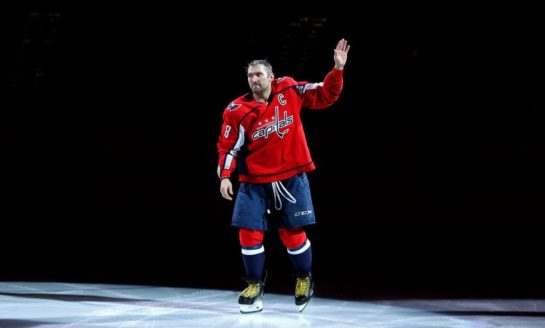 October 20th, 2020 Two of the greatest goal scorers in National Hockey League history excelled on this date. Plus, a whole slew of Hall of Fame goaltenders left their mark on the game, while this proved to be a very big date for southern California hockey. A Great Date for Gretzky Wayne Gretzky had a handful...

Devils Goaltenders Look to Prove Themselves in the 2021 Season 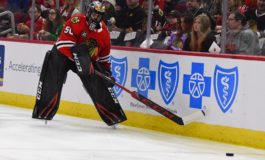 It's been a very busy last few days for the New Jersey Devils. And that doesn't include the NHL Draft, which took place last Tuesday and Wednesday. Since then, the Devils have made a couple of trades, as well as a free agent signing in Corey Crawford. They also bought out Cory Schneider, who has struggled in his last few seasons.  Let's catch up on all the news and what you may have missed.  Devils Acquire Johnsson, Murray Devils' general manager Tom Fitzgerald has made a couple of trades over the few days, acquiring defenseman Ryan Murray and winger Andreas Johnsson. We'll start with Murray, who should provide an upgrade to the Devils' top four if he can stay healthy. But staying in the lineup has been the issue with him, as he's played in 60 games or more just once over the last four seasons. That said, the Devils only gave up a fifth-round pick for him, so there's not a ton of risk involved.  Related: Devils Get Offensive Upgrade With...
October 11th, 2020 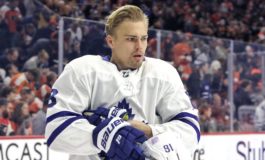 Devils Get Offensive Upgrade With Johnsson

An active offseason continues for the New Jersey Devils. Early yesterday evening, they acquired Swedish winger Andreas Johnsson from the Toronto Maple Leafs in exchange for prospect Joey Anderson. Johnsson missed a good chunk of 2019-20 with a knee injury, but he still produced at a 40-point pace.  The Devils needed to upgrade their scoring this offseason. While Johnsson won't turn them into the highest-scoring team in the league, he should provide a lift somewhere in their middle-six lines. Let's dive into what he adds to the team.  Johnsson Has Produced at All Levels Johnsson's had an interesting journey in becoming an NHL regular. He was a seventh-round pick of the Maple Leafs at the 2013 Draft. But a look at his numbers suggests he probably should've been a bit of a higher selection. He posted 19 goals and 32 points in 42 games in the J20 SuperElit — the Swedish junior league — in his draft year. And from there, it was only an upward...
October 10th, 2020 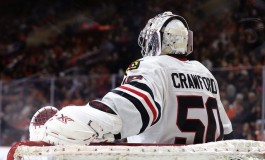 Take another goalie off the long list of free agent netminders this offseason as it was announced late Friday night that the New Jersey Devils had signed former Chicago Blackhawks starter, Corey Crawford, according to John Shannon. The deal is a two-year contract worth $7.8 million, carrying an annual average value (AAV) of $3.9 million.

Corey Crawford is signing with the NJ Devils. 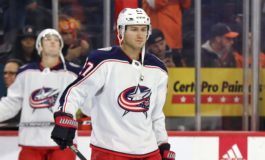 Devils Get Top-4 Upgrade for Minimal Cost With Murray Trade

The New Jersey Devils made their first significant addition of the offseason last night, acquiring defenseman Ryan Murray from the Columbus Blue Jackets in exchange for a fifth-round pick. He played in just 27 games last season and has a history of injury problems. But when in the lineup, the former second overall pick is quite effective.  Let's dive into the Devils' newest blueliner and why he'll improve their defense.  Murray's Played Well Despite Injuries Murray has not played a full 82 games since 2015-16. He's had a host of injury problems since then and has only played in 60 or more games once (2016-17). His counting totals may not suggest it — he's averaged 32 points per 82 games over the last three seasons — but he's been a solid two-way defender for some time.  Related: Blue Jackets Trade Murray to Devils for 2021 5th Round Pick Since 2017, Murray's overall play has been worth a goals above replacement (GAR) of 17.8. That ranks...

This article was originally published in October 2014, and recently updated. Since the New Jersey Devils' inception back in 1982-83, two players have earned the Calder Trophy honors. While a rookie skater hasn't won the award since 1999-00, the Devils have had rookies shine in recent... May 26th, 2020

This article was originally written in February, 2016. When one thinks of ways to describe Martin Brodeur, many words come to mind. Stanley Cup champion. Gold medal winner. Vezina Trophy winner. Workhorse. Consistent. Clutch. Class. You don't have to take my word for it, you could ask some of... August 22nd, 2017
Masthead