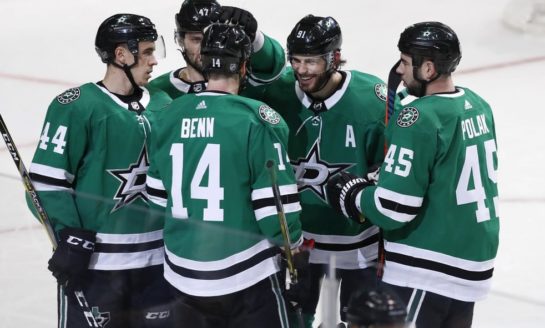 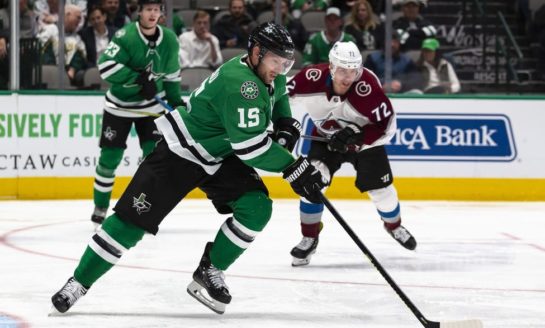 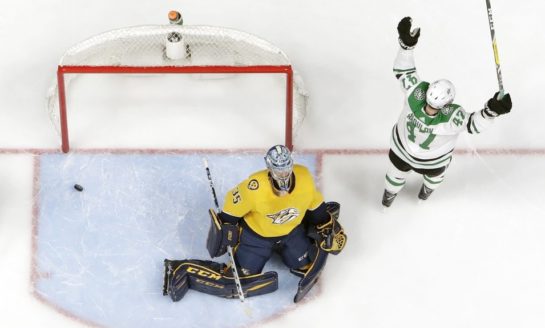 January 22nd, 2021 After their season was postponed due to positive COVID-19 cases, the Dallas Stars will finally open their season on Friday night against the Nashville Predators. The opening night roster was released on Thursday afternoon and for the most part, the roster is pretty similar to what we saw... 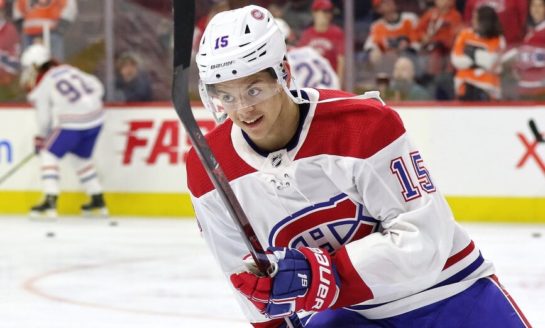 January 20th, 2021 In today's NHL rumor rundown, there is talk that the Florida Panthers are hoping the drama surrounding Keith Yandle's near scratch from the lineup will act as a rallying cry. The Columbus Blue Jackets have teams waiting on their decision to move Pierre-Luc Dubois and the Edmonton Oilers are...

Stars' COVID-19 Cases Could Cost Them 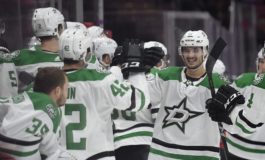 Dallas Stars Have Reachable Milestones in 2020-21

Now that the NHL has made January 13 the official start date, the 2020-21 season is now less than a month away. In anticipation of what this new season could bring, let's take a look at which Stars' players could reach personal milestones. Jamie Benn Going into his 12th NHL season, the Stars' captain has two upcoming milestones this season. He should easily achieve both, even during the shortened campaign. Jamie Benn, Dallas Stars (Jess Starr/The Hockey Writers) Benn is just 12 assists away from reaching 400 career assists. So scoring 12 assists in a shortened season with 56 games should be doable for the captain. During the 2019-20 regular season, Benn recorded 20 assists in 69 games. Based on his performance in the shortened season, 12 assists in 56 games should be easily achievable for the 31-year-old left-winger. Benn is also just 12 points away from reaching 700 points. Again, this should be a pretty easy milestone to reach for him, and his stats in the shortened...
December 21st, 2020 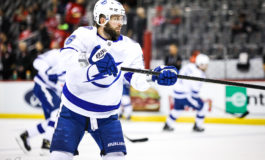 In today's NHL rumor rundown, there is news that Nikita Kucherov is dealing with a hip injury. What does this mean for the Tampa Bay Lightning's salary cap issues? Are the Edmonton Oilers ready to add another left-shot defenseman? Who would they be looking for? The Dallas Stars will have fans in the stands to open the season and there is talk the St. Louis Blues might be interested in Mike Hoffman. Kucherov Dealing With Injury, Could Hit LTIR According to reports by Elliotte Friedman and Pierre LeBrun, the Tampa Bay Lightning may have gotten good news and terrible news all at the same time. Friedman notes the Lightning's cap issues may be solved if Nikita Kucherov has to go on LTIR because of a hip injury. Nikita Kucherov, Tampa Bay Lightning (Jess Starr/The Hockey Writers) Friedman says that details are sketchy and LeBrun notes: Told that Kucherov got a hip shot last week. Now apparently it's about seeing how he reacts to it and feels. If he's fine, then it's all...
December 21st, 2020 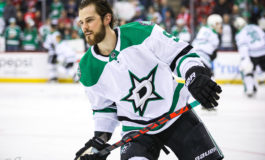 Christmas joy is making its way through the hearts of NHL fans as jerseys, championship gear, and tickets nestle their way under the tree. Some may look out their windows to see the street frozen over for a hockey game, or Cousin Eddie draining his RV sewage into a storm drain. Glad tidings reached fans as the NHL finally agreed on a deal to begin the 2020-2021 season on January 13th.

The @NHLPA and @NHL have announced an agreement to play a 2020-21 regular-season schedule of 56 games beginning on Wednesday, Jan. 13, 2021. https://t.co/2on0oStnMd pic.twitter.com/aggYeVMjfj

For the Dallas Stars, it now means they have a chance to defend their Western Conference title and hopefully get just two wins further than last season. The Stanley Cup Final appearance was just the icing on the cake for an eventful 2019-20 season that elated Stars fans about their team. Here are some of the things Stars fans are asking Santa for Christmas. #5 Seguin and Bishop Ready for Playoffs During the 2020 playoffs, Tyler Seguin and Ben Bishop had serious problems with lingering injuries. In November, the team announced that both...
December 16th, 2020 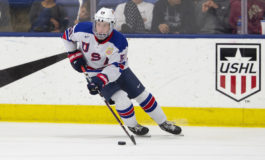 The Western Hockey League (WHL) announced that it has delayed its season beyond the previous proposed start date of Friday, Jan. 8, 2021. Florida Panthers prospect and third-round pick Ty Smilanic registered his first NCAA goal for Quinnipiac University and Dallas Stars fifth-round pick Daniel Ljungman scored his first career Swedish Hockey League (SHL) goal. WHL Delays Season Further Back in October the WHL has announced that their 2020-21 regular season is slated to begin on Friday, Jan. 8, 2021. However, due to the the increasing  public health restrictions across Canada, the decision has been made to delay the season further. No new start has been determined and the Board of Governors will meet in January to determine an appropriate start date. The news doesn't bode well for the return of junior hockey in Canada with the Quebec Major Junior Hockey League still on hiatus and the Ontario Hockey League's proposed start date of Dec. 1 having come and gone without results....