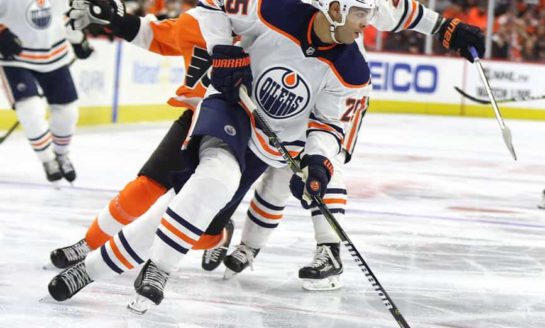 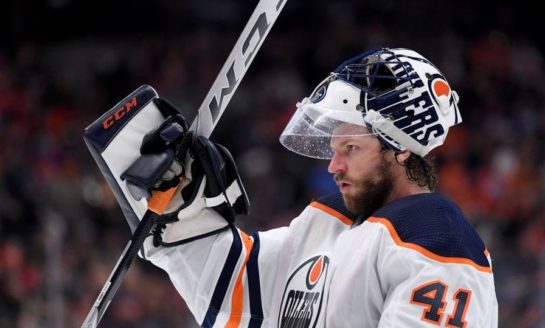 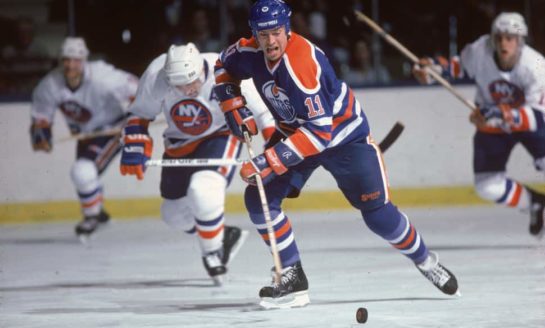 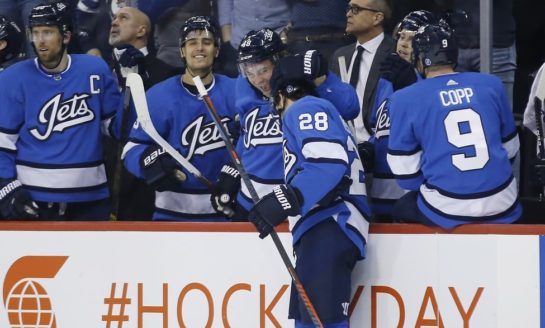 3 Takeaways From Oilers Loss to the Canadiens 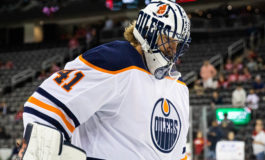 In an Edmonton Oilers news and rumors update, Tyson Barrie talks about playing with Connor McDavid and Leon Draisaitl and specifically discusses the drop pass on Connor's second goal. There is news on Mike Smith and how long he might be out of the lineup. A couple of injured players are getting back on the ice and Jesse Puljujarvi is coming on strong, even if he's not yet popped up on the score sheet. Tyson Barrie Talks Almost Messing Up Barrie spoke with the media on Friday after the Oilers win Thursday night and the press was having some fun with the rumors that he had no idea the drop pass from Draisaitl was not for him. Barrie admits he thought he'd messed up the play, not realizing McDavid was on the other side.

"I think last night was more indicative of how this team plays. It's a quick team who makes plays. They're not afraid to try stuff & it's super exciting to be a part of."

Barrie on his first two games in an #Oilers uniform. pic.twitter.com/I7ml7VcPz7

When he went to talk with Draisaitl about it, Leon said, "No, I don't mess up sauce passes." Barrie simply responded, "Fair enough." Barrie says it will take a little time getting used...
January 15th, 2021 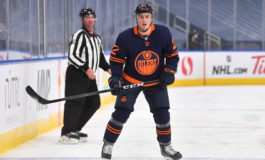 I wasn't worried, were you? Edmonton Oiler fans, like those of many teams in the National Hockey League, are familiar with worry. A very positive offseason helped us all forget about the Chicago Blackhawks, and we were ready to cruise to a division win this time around. If there was a concern, it was that despite having two of the game's top players, the team's questionable goaltending situation and incomplete defensive core meant they'd have to outscore a lot of their problems in 2020-21. The fact is, in today's NHL the goals sometimes aren't there. Edmonton Oilers' Leon Draisaitl and Connor McDavid celebrate after a goal. (THE CANADIAN PRESS/Jason Franson) That was the case in their first game of the season. Despite getting goals from multiple d-men, the top Oilers didn't find the back of the net, and as so often happens, when neither Connor McDavid nor Leon Draisaitl score, Edmonton lost, on McDavid's birthday. Nobody goes 56-0, and the important thing was to treat it...
January 15th, 2021 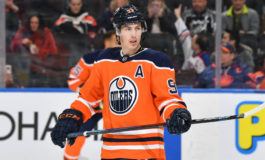 The first milestone reached by an Edmonton Oiler in 2020-21 came the instant the puck dropped on the season-opener against the Vancouver Canucks at Rogers Place on Wednesday. With that opening faceoff, Ryan Nugent-Hopkins, who was lined up to the left of centre Connor McDavid with Zack Kassian on the opposite wing, became the latest player to reach 10 seasons in Edmonton. Ryan Nugent-Hopkins is now in his 10th season with the Edmonton Oilers. (Photo by Andy Devlin/NHLI via Getty Images) Nugent-Hopkins is only the 15th Oiler to hit the 10-season milestone (however, that number reaches 17 if the franchise’s seasons in the World Hockey Association are counted). Longest Tenure on Team He is now the longest-tenured Oiler, well ahead of Darnell Nurse (who is in his seventh season) and Oscar Klefbom (who has played seven seasons with the Oilers, but will miss all of 2020-21 due to a shoulder injury). Two games in, and it’s already shaping up to be a historic season for...
January 15th, 2021 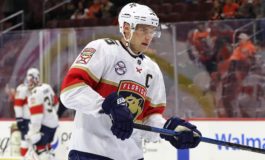 In today's NHL rumors rundown, it sounds like Pierre-Luc Dubois would choose the Montreal Canadiens if he could pick his landing spot in any trade. Meanwhile, the Chicago Blackhawks have placed both Kirby Dach and Jonathan Toews on LTIR. Teams are calling the Florida Panthers about Aleksander Barkov. Why? There's also more news out of Florida regarding Keith Yandle and why he fell so out of favor with the organization. Finally, what are the Edmonton Oilers going to do about their goaltending situation? Canadiens Are Dubois' First Choice As the Dubois trade watch continues, NHL insider Nick Kypreos tweets that the center’s “first destination choice” would be in Montreal with the Canadiens. He adds the ask is now focused around Nick Suzuki and other pieces. Pierre Luc-Dubois, Columbus Blue Jackets, Feb. 22, 2018 (Amy Irvin / The Hockey Writers) Kypreos wasn't able to expand on whether or not the Canadiens were even entertaining the idea of a trade like that, but...

Unless you were fortunate enough to be around to witness Paul Coffey play during his prime, it is unlikely you can comprehend how important he was to the success of the Edmonton Oilers. Anyone can look at his stat line and be impressed by the eye-popping totals. However, those numbers do... December 13th, 2020

This article was originally posted in July, 2016. The Edmonton Oilers aren't good at drafting, shocking. One of the most commonly known things out there in hockey is how purely awful the Oilers are at the draft. It's a key reason why this franchise has been mediocre at its best and putrid at... August 15th, 2017

Facing Off is a weekly column debating five of hockey’s hottest topics each and every Monday. From current events like trades and hat tricks to bigger-picture stuff like scandals and expansion — you name it, we’re debating it. Albeit, not always with a serious tone. We’re keeping this... April 17th, 2017
Masthead