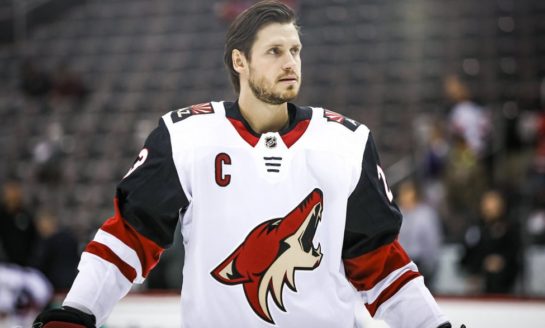 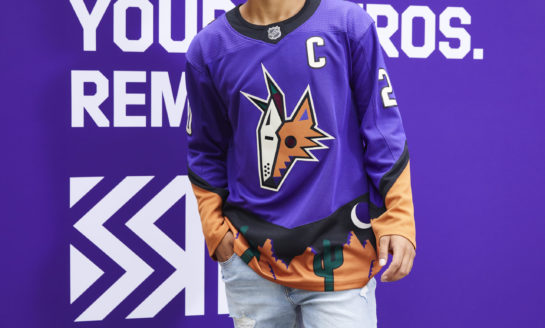 November 14th, 2020 Despite being less than 25 years old, the Arizona Coyotes franchise already has a place in the National Hockey League history books. The team, like every club in the NHL, has seen its ups and downs over the last quarter-century, but the franchise's struggles have, more often than not, received the... 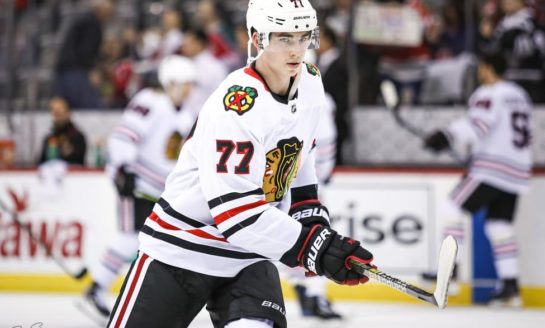 October 30th, 2020 The Arizona Coyotes loan a former third-round pick to Finland, Hockey Canada announces their selection camp roster for the 2021 World Junior Championships (WJC), and the Chicago Blackhawks loan their third-overall pick from the 2019 NHL Entry Draft to Team Canada for the WJC. Coyotes Loan... 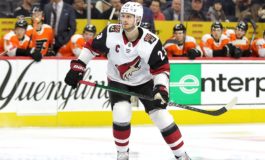 In today's NHL rumors, the Toronto Maple Leafs have brought back a somewhat unpopular goaltender. Why? In Calgary, the Flames are not done making moves this offseason. What are they targeting next? Oliver Ekman-Larsson speaks about the trade rumors surrounding him this offseason and finally, in respect to free agency, Mike Hoffman's agent has spoken about his client's level of patience to get a new deal. Maple Leafs Bring Back Hutchinson While the news isn't getting rave reviews, the Toronto Maple Leafs have brought a familiar face back to the team. On Friday, the Maple Leafs announced they had signed goaltender Michael Hutchinson to a two-year, two-way contract. The deal is worth $725K per season at an NHL level.

The deal isn't likely about Hutchinson actually playing for the Maple Leafs this coming season. Instead, his signing makes him the fourth-string goaltender behind Frederik Andersen, Jack...
October 18th, 2020 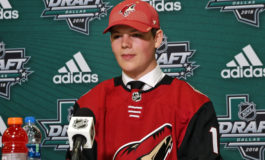 The Arizona Coyotes loaned out a former fifth-overall pick to Finland, the St. Louis Blues and San Jose Sharks sign two Western Hockey League (WHL) superstars and first-round picks from the 2020 NHL Entry Draft to entry-level contracts, and a recent Los Angeles Kings' draft pick is excelling in Sweden. Coyotes Loan Hayton to Finland The Coyotes have loaned top prospect Barrett Hayton to Ilves in the Finnish Liiga. Drafted fifth overall in the 2018 NHL Entry Draft, he spent an injury-burdened season between the NHL and American Hockey League (AHL). He featured in 20 games with the Coyotes, amassing one goal and four assists for five points. In the AHL with the Tucson Roadrunners he had one goal and four assists in five games played. Hayton missed a majority of the 2019-20 season due to a shoulder injury, but came back to play in three playoff games with the Coyotes and was held pointless. Hayton was one of the best players at the 2020 World Junior Championship (WJC),...
October 8th, 2020 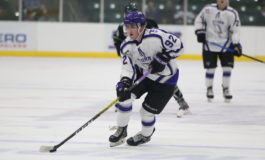 Unable to Move Up, Coyotes Attempt to Make Lemonade

The Arizona Coyotes did not have a pick until the fourth round of the 2020 NHL Draft. Part of new general manager Bill Armstrong's deal with the team was that he would not have an input on the draft. Other members of the front office did draft prep for other teams and thus were also prohibited from participating in the Coyotes' draft. In spite of the limitations and circumstances, the Coyotes set about doing the best they could with what they had available to them. Effectively, they tried to take their lemons and make some draft lemonade. Round 4, 111th Overall: Mitchell Miller (Tri City: USHL) The 5-foot-11, 194-pound defender from Ohio played his junior hockey with the Tri-City Storm of the USHL. He was ranked 49th among North American skaters by NHL Central Scouting. He was the most complete draft-eligible defender in the USHL this season. Despite many considering him to be a more offensive defenseman, Miller is actually at his best without the puck on his stick. Mitchell...
October 5th, 2020 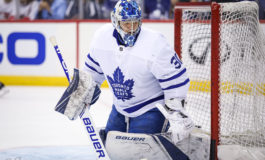 In today's NHL rumor rundown, there are reports the Arizona Coyotes are shopping the negotiating rights to Taylor Hall. Will they be able to move him before the NHL Draft? In Toronto, GM Kyle Dubas spoke on the future of Frederik Andersen as well as hinted that the Maple Leafs have made one objective a priority this offseason. Finally, is Henrik Lundqvist going to return to the NHL? His recent tweet seems to suggest as much. Coyotes Shopping Taylor Hall's Rights As per Darren Dreger of TSN, “Sources say the Arizona Coyotes are shopping the rights to Taylor Hall.” That must mean the winger has told the team he's got no plans to re-sign and that they're looking to get something for him versus nothing as he heads to free agency. Taylor Hall, Arizona Coyotes (Photo by Thearon W. Henderson/Getty Images) With the news, logic would suggest a deal will go down over the next 24 hours as the NHL Entry Draft is quickly approaching and the return to Arizona would be a later...
Masthead