People on the internet tend to take advantage of things such as fan voting and the results are usually pretty entertaining. Scott was the highlight of the All-Star game this year and Boaty McBoatface is just plain funny.

The problems tend to occur when the people in charge of the vote don’t just make it go away. Come on San Jose, you’re really going to tell me that this wasn’t the leading candidate to be your new goal song?

What if NHL teams were foolish enough to allow the internet to rename their team? I put myself in the shoes of the people of the internet (it is a dark and scary place) and here were the NHL team names that resulted.

Inspired by the Los Angeles Angels of Anaheim, the internet adds as many words as possible to rename the Ducks. They throw the “mighty” back in there so we can hopefully go back to those incredible jerseys.

Nobody cared enough to vote.

The internet is going one of two places with this one. They are either referring to the Mike Milbury shoe incident or they are referring to Boston management being a shoo-in to make at least one bad offseason decision.

Named after the infamous Brett Hull Cup-winning goal in overtime while his foot was in the crease. Many in Buffalo still hold a grudge. It was a good goal, move on.

Considering everyone who uses analytics is a “nerd blogger” and nerd bloggers are really good at internet voting, they would create a giant “I told you so”.

Assuming most Blue Jacket fans also support THE Ohio State University, this one was an easy change for the internet. 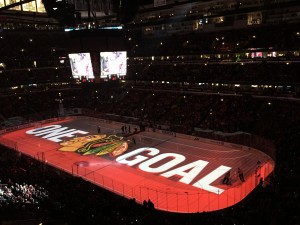 The internet thought the new name was a better representation of the fan-base who tells you that they are from Chicago.

Despite consistently finishing at or near the bottom of possession meters season after season, the Avalanche continue to defy the analytic-gurus by competing for a playoff spot. It is always perplexing but a Patrick Roy coached team constantly getting bailed out by goaltending makes a lot of sense.

Everybody knows there is no “D” in games involving the Stars.

Let’s just cut out the middle man here. They will find a way to make it again just like they do every year.

The internet thought the Oilers could simply use some clarification as many fans in Edmonton weren’t sure if the Oilers or the Oil Kings were the NHL team.

In hopes that Florida turns the Spacey in Space sweatshirt into a hockey jersey.

The Hollywood movie star takes over the name both because of the location of the Kings and because it looks like Drew Doughty is going to finally win his Norris just so everyone will be quiet about it.

The people of Minnesota band together to take their name back but it won’t come without a cost. They have to keep the same green on their jersey they have now. It’s not like the North Stars’ green or the current Stars’ green. It’s kind of a boring, regular green. A Normal Green, if you will.

Naturally, Carrie Underwood fans take over the vote for the Nashville Predators and names them after one of her hit songs. It isn’t very threatening but then again, neither are the Predators.

As many of you know, the internet is not always the most mature group of people. With Sean Avery calling Martin Brodeur a fatso and New Jersey playing the infamous trap, the Devils get their new name.

What’s wrong? You can’t see the whole name? Just look at it on the jumbotron or pull it up on your mobile device then, I don’t care.

Just to give them back something that they rarely ever see.

Really, internet? I don’t even understand this one.

The internet thinks this will better represent both Ottawa’s success and their standing among the rest of the Canadian teams.

It’s truly a perfect storm for the internet. It’s recent enough to get people excited about it and most people will have heard of Left Shark. Plus, there is already a jersey made. Here it is courtesy of /u/kdunks on Reddit, original design by /u/masterhaldentwo.

That is just mean, internet.

Because that is the only way Steven Stamkos will ever wear a Leafs jersey.

The trio of Steve Dangle, Adam Wylde and Jesse Blake (just pass him the puck, Steve) have enough of an internet presence to get this one done. It’s your team now, Admiral Nylander.

The internet was actually pretty nice for once, honoring the greatest Vancouver captain of all time. They could have gone any number of directions with this one so it’s nice to see they took the high road.

The internet loves saying Thanks Obama and the Capitals’ fans will need someone to blame when they don’t make it to the Stanley Cup again.