March 30.  That’s when the Hart Trophy became, once again, up for grabs.  On that Saturday afternoon, Sidney Crosby — who was running away with the league scoring title and making a mockery of the race for being named the NHL’s MVP — had his jaw structure rearranged by a deflected slap shot.  So dominant was the season Crosby was putting together that the Penguins’ captain still leads the league in scoring three weeks after the injury.  His point cushion, however, is dwindling as we approach the final week of the campaign, as is his grip on what many thought was certain to be the second Hart Trophy of his career.

With an opportunity to play catch-up in the voting, several individuals are enjoying late season surges that have catapulted them into MVP consideration.  Alex Ovechkin, for example, has absolutely caught fire to throw his hat in the ring for the Hart.  In the Capital’s last 19 games, Ovie has 19 goals and 27 points.  Not coincidentally, Washington has gone 14-4-1 in that stretch to take over the Southeast lead and the East’s third playoff seed that comes with the division crown.  Surely, Ovechkin will garner MVP consideration for his part in orchestrating Washington’s turnaround.  Meanwhile, in Chicago, Jonathan Toews has been building a Hart Trophy case for himself throughout the season while leading the Blackhawks to the NHL’s best record.  Though he hasn’t put up Crosby-esque numbers, Captain Serious has shown he has a knack for coming up with big goals when his team needs them most. 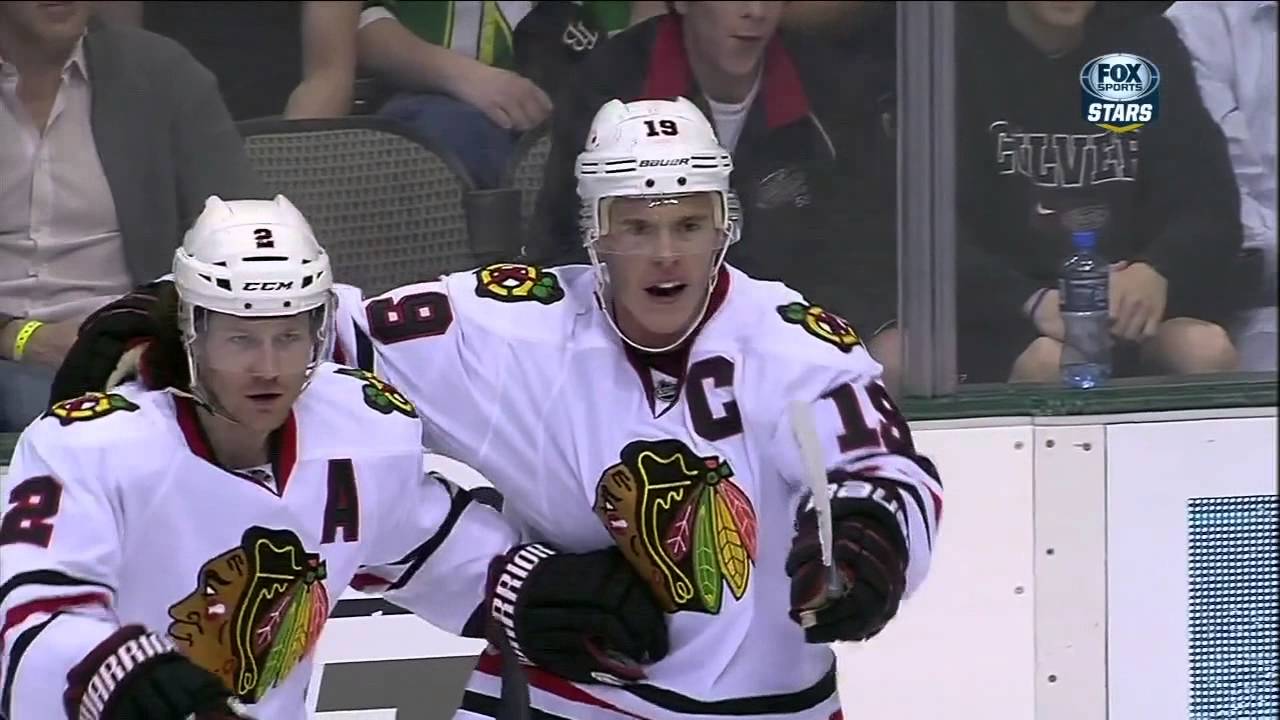 While few would be surprised that any of the above players are having such great years, there is one individual in the Hart talk that is relatively new to the discussion: John Tavares.  Having spent all of his young career on Long Island in relative anonymity, the budding Islander superstar is having a coming out party of sorts this season as he looks to lead his Islanders back to the postseason for the first time since 2006-’07.

John Tavares isn’t going to lead the NHL in scoring, at least not this year — his 45 points currently rank him ninth in the league.  But he doesn’t need to pace all scorers to earn Hart Trophy consideration.  He has been such a large part of the Islanders success that, should the team makes the playoffs (they currently sit seventh), Tavares certainly deserves consideration for league MVP.  After all, he is the unquestioned leader and catalyst of the Eastern Conference’s Cinderella squad, a team that currently sits second in the Atlantic Division.

What’s most impressive is that Tavares is having the season he is without the supporting cast that many of the other MVP candidates enjoy.  Nothing against Matt Moulson but Tavares isn’t surrounded by the likes of Evgeni Malkin, Kris Letang and James Neal.  He doesn’t have an elite playmaker like Nicklas Backstrom or Martin St. Louis to set him up.  And that’s what makes Tavares’ numbers that much more special.  His 26 goals are good for third in the league and are only two behind Ovechkin in the Rocket Richard chase.  More importantly than that, though, JT seems to find a way to will this team to victory when they need it the most.

Islanders Taking the East by Storm

The serious talk about Tavares contending for the Hart Trophy began when it became clear that his team would still be in the playoff hunt as the regular season reached the home stretch.  That talk, however, has grown rampant now that Tavares’ club has its sights set on more than just making it to the postseason.  In fact, thanks to a 7-1-2 mark in their last ten games, New York could finish as high as fifth in the East. This is the New York Islanders we’re talking about here, just so we’re clear.

While Tavares is the engine that drives the surprising Islanders, he hasn’t done it alone.  Linemates like the aforementioned Moulson (27 assists) and Josh Bailey (16 points and a +7) are riding shotgun while Mark Streit and Lubomir Visnovsky are anchoring the blue line.  Meanwhile, Evgeni Nabokov has been lights out between the pipes.  While his somewhat pedestrian 2.50 GAA (21st in the league) and .910 save percentage (24th) don’t jump off the stats sheet, he has simply gotten the job done.  Nabokov’s 22 wins — the Islanders have 23, by the way –rank second in the league.

So as the Islanders continue their march to a surprise playoff appearance, keep John Tavares in mind for the Hart Trophy.  Because, without him leading the way, the Isles would likely be in the familiar position of looking up at all their division rivals.  Luckily for the Islanders, Tavares has reached a point where he isn’t going to let that happen anymore.  After all, he has too much Hart.