No current player on the San Jose Sharks has been more vocal than captain Joe Pavelski. His offensive prowess has earned him the “C” through grit and determination. Now in his second year as captain, he will look to lead the Sharks on another run to the Stanley Cup Final.

San Jose hit a crossroad entering the 2014-15 season. Turmoil in the offseason put General Manager Doug Wilson and the franchise at a critical juncture. After jumping out to a 3-0 series lead over the Los Angeles Kings, San Jose suffered a complete meltdown, losing the next four games. Wilson had said after the collapse the team would go a different direction. He looked to rebuild the team with younger players and turning leadership to them. He termed the Sharks as a “tomorrow team” which did not resonate well with current Sharks players. 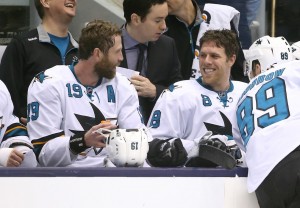 Frustration boiled over at the start of the season. Although Joe Thornton got the team together to resolve any issues, the conflict became evident through the team’s struggles. No matter how much the players denied reports of discontent with management, the team was not executing offensively. The turning point of the season was a 2-1 loss in the Stadium Series against Los Angeles. Even though both teams would miss out on the playoffs, the Sharks fizzled down the stretch after a disheartening loss. San Jose’s consecutive playoff appearances came to an end, resulting in Sharks management to mutually part ways with head coach Todd McLellan.

Before and after games of a tumultuous season, Pavelski served as unofficial captain, speaking with media. Joe Thornton was stripped of being captain and McLellan went with four alternate captains instead. Evidence of Pavelski’s leadership came during a game at Phoenix where he was displeased with the team’s performance. He let his frustrations be known in the locker room as he was displeased with San Jose’s overall performance.

Since becoming an offensive threat, Pavelski has shown passion wearing teal. A fresh start came for San Jose last season when Peter DeBoer was hired. He did not look at tape from the previous season as he allowed players to enter training camp with a clean slate. As a result, DeBoer picked Pavelski as captain; the right choice for a team looking for leadership on the ice.

Pavelski was a proven winner since college. The Wisconsin native led the University of Wisconsin to a NCAA Championship in 2006. He also led the team in points during the season. The right mindset was put in place for Pavelski pursuing a professional career. A strong demeanor of working hard on and off the ice got him to where he is today. Along with being captain of San Jose, he was bestowed captain for Team USA in the World Cup of Hockey.

Playing with a Chip on His Shoulder

Drafted in 2003, Pavelski was chosen 205th overall by the San Jose Sharks in the seventh round. Prospects may not have looked promising for him, but he chose to let his play on the ice do the talking. After leading Wisconsin to a championship, Pavelski began the 2006-07 season with the Worcester Sharks. In 16 games he tallied 26 points earning a call-up to San Jose. He never looked back.

In his first game as a member in teal, Pavelski scored against Los Angeles in a San Jose victory. He became the 11th Sharks player in history to score a goal in his first game. He would finish the regular season with 28 points.

No matter the odds, Pavelski is a great example of late-round picks becoming a success in the NHL. Players such as him should have nothing to lose and can thrive knowing expectations are minimal at first. In Pavelski’s case, he played with determination and produced consistently, which raised the eyebrows of coaches and management. His perseverance to reach the NHL is a lesson to not underestimate the potential of late-round picks.

Whether DeBoer made the decision or players consensus had something to do with it, Pavelski was the ideal choice to captain the Sharks. He will be the first to say he needs to step up his game and set the standards of what he expects from his teammates on the ice. With a chip on his shoulder that he’s had since joining the Sharks, Pavelski refuses to give up the fight through his work ethic. 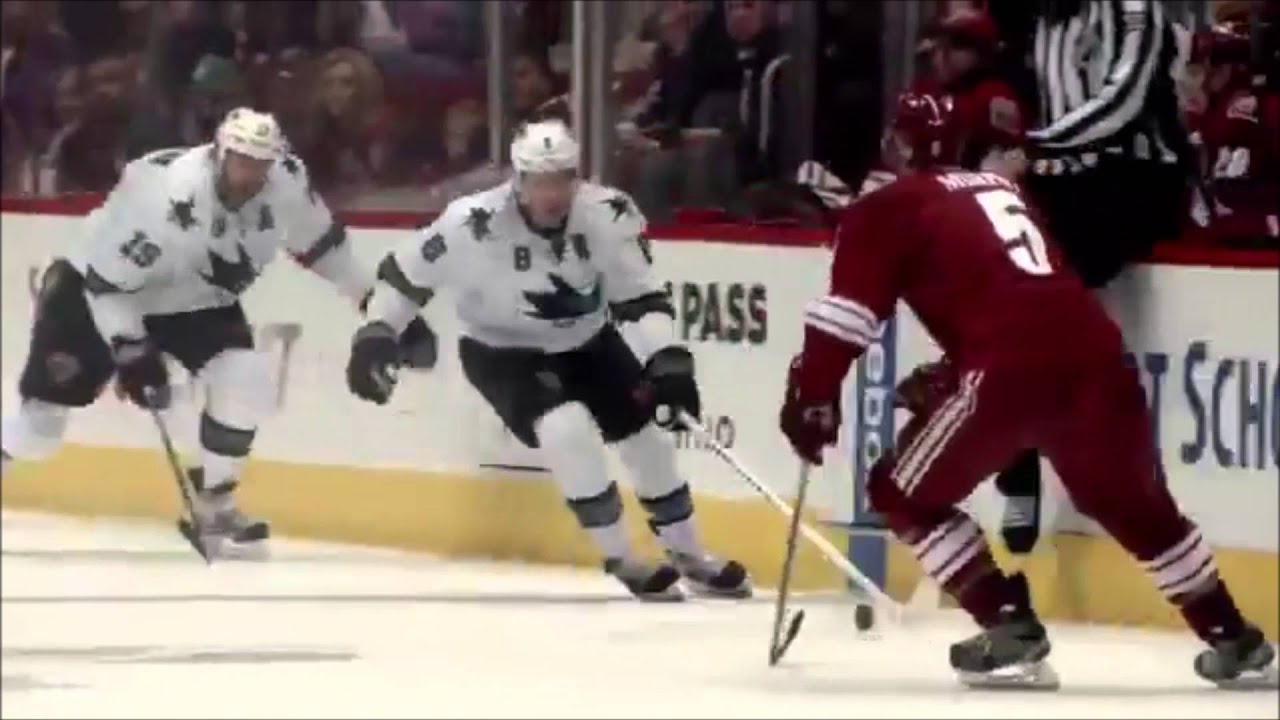 Patrick Marleau may be the longest tenured player on the Sharks, but reaching the Stanley Cup Finals meant more to Pavelski. This was evident after the Sharks win against the St. Louis Blues in Game 5 of the Western Conference Finals last season. He knew what reaching the finals meant for not only management, but for Sharks fans who have seen too many early round playoff exits. Pressure never got to the captain as he opened the scoring in Game 6 on a wraparound goal to the delight of Sharks fans at SAP Center. His goal left no doubts how much he wanted to reach the finals.

Despite coming up short of the ultimate prize, Pavelski is determined to lead the Sharks back on another playoff run. Look for the second year captain to be on a line with Thornton or Logan Couture as he looks to light the lamp. He will anchor the first unit on power plays, expecting feeds from Thornton or a Brent Burns shot to deflect into the net. On the defensive side, he is not afraid to block shots and kill penalties.

No captain in Sharks history has reached the Stanley Cup Final until Pavelski last season. A constant performer who can handle expectations under pressure, he would be the first to tell anyone how disappointed he was to fall short of winning the Stanley Cup. With a new season on the horizon, expect Captain Pavelski to set the tone for San Jose.

My name is Andrew Bet and I am a graduate of the University of Oregon School of Journalism and Communications. Born in Bethlehem, PA and raised in San Mateo, California it was easy for me to kindle an interest in sports considering all the college and professionals teams who call the Bay Area home.