It is all smiles in San Jose right now.  Remember last season?  That really short season where the Sharks started with seven straight wins?  Of course, you do.  The Sharks hot start has become somewhat expected because of the talent level on the squad.  Last season, however, there was one huge difference.  The production is not coming from just Patrick Marleau. 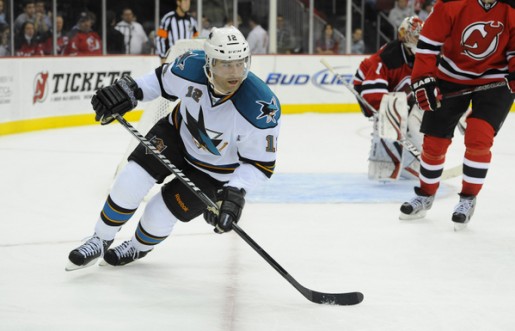 The lockout dissolved the preseason and training camps of last year.  There was little time to prepare and many clubs were simply not ready to play at an elite level when the season started.  The Sharks were.  Antti Niemi was stellar and his defense suffocated the opposition.  The goals came pouring out from the top six as Marleau had nine and Pavelski had four.  Many of these goals came early as the Sharks outscored opponents 12-2 in the first period of the seven game streak.

While the goal streak of Marleau blew teams away before they even had a chance to get going, the Sharks did more than just feed Patty.  They played their style of hockey and dictated the pace.  There is no better way to run rampant than to make the opponent play your game.  The Sharks hot start last season and this season is a product of their coaching.

After three games, the Sharks have looked good.  Two 4-1 victories that could have been much worse if not for great games by losing goaltenders.  Yes, Roberto Luongo is still a good goalie.  And Mike Smith made 47 saves!  And of course there was the dismantling of Henrik Lundqvist and the New York Rangers.

The San Jose Sharks have been a possession team for the last few years.  They are able to string together crisp passes and hold opponents in their own zone for lengthy periods.  Since bringing in the ex-Red Wing assistant as their head coach, the Sharks have thrived on holding the puck.  And they should, because the other team can’t score when they can’t touch the puck (duh).

McLellan has kept the energy level high and has emphasized being strong in the faceoff dot.  In training camp this season, he also stressed the ability to score at even strength, something the Sharks were miserable at last season.  The Sharks have fully bought into their coach’s system and it shows with their hot start.

To say the Sharks have been hot is a massive understatement.  The Sharks hot start has not been a product of just one player, though some would argue they are flying high on some kid name Tomas right now.  Let me run down a list of names for you real quick.  Hertl, Pavelski, Vlasic, Couture, Nieto, Marleau, Demers, and Wingels.  These players all have at least three points through three games.  Vlasic and Demers are defenders!  Another section of worry for the Sharks as their defense had little impact on the scoresheet last season. 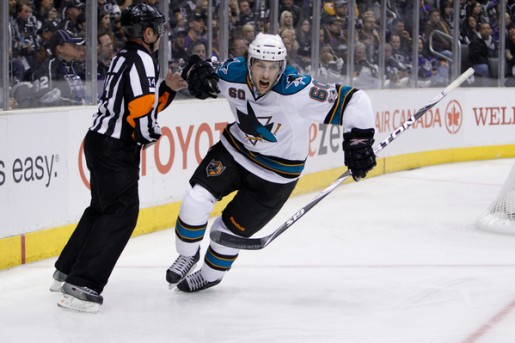 The Sharks teams have always had talent.  Teams of the past have never lacked in size either.  What they have lacked is quickness.  Marleau has been the source of the speed and every day he ages sees him lose a step.  The injection of Hertl and Burns has made the Sharks a fast team.  That speed has opened up the offensive zone and seen the Sharks shoot the puck like their life depended on it.  That has resulted in the Sharks topping the league with 44.3 shots per game!  Three more shots than the next team.  The swarms that gave them sustained pressure looked similar to that of the Chicago Blackhawks of 2013.  That season saw a Sharks hot start as well, but that one lacked the deadly bite of this season.

Right now, the Sharks look like they are in a different league.  They skate faster, their passes are crisp, they hit harder, and they just plain drown the opposing goalie in shots.

What were the Sharks bad at last year?  Well, offense, for one.  But averaging nearly six goals per game has thrown a wrench in that argument.  But more specifically, they were slow at even strength.  This season, they have dictated the pace at all times of the game.  In the opener, they failed to score on the power play (0-8).  A stat like that should doom a team.  But the Sharks hot start at even strength (all four of their goals) allowed them to roll past Vancouver.  Then, the power play turned on in game two against Phoenix.  But the even strength stayed with them as well.  With the Sharks seemingly free of their even strength demons, they are a scary team.

There’s a catalyst to the Sharks game that is currently injured.  He was supposed to bring the grit and speed the Sharks needed to field three strong scoring lines.  Well, maybe he isn’t as crucial as we thought?  While Pavelski has been unable to find the net himself, he has done well with Wingels and Kennedy on his wings.  He has five assists and is embracing his role as a playmaker right now.

For the third line, the goals will come.  Little Joe is a top line center on some teams.  But on a team like this, he gets to beat up on second and third liners all he wants.  When Torres comes back, Pavelski will enjoy a surge.

Are We Having Fun Yet?

Tell me you watched Tuesday’s game and didn’t smile.  At least once.  Unless you bleed blue for the Rangers, you have no excuse to not enjoy the smiles and tears.  The Sharks have become a feel good story.  They are no longer just the well-oiled, boring, not-quite-elite squad of yester-year.  The Sharks hot start has reinvigorated a love of the game.

That aspect has eluded the Sharks in their past quests for the Cup.  The Sharks have always looked like a “business as usual” squad.  Through three, especially following the third, the Sharks have looked like kids on the ice.  In the best way possible.  The infectious smile of Tomas Hertl has lit up the rest of the team.  #KeepSmiling is a reference to the big toothy grin that is usually on the teen’s face.  This Sharks team is having fun.  And when you have fun, you make winning look simple.