Ladies and Gentlemen: this is Barret Jackman.

At 6 feet tall, weighing a robust 205 lbs, Jackman is the epitome of the term “defensive-defensemen”.

During this current lockout shortened season, Jackman has been, statistically, the Blues best overall defenseman. In fact, Jackman is the only Blues defenseman to have positive numbers in both the HARO and HARD (advanced) hockey statistics.

While guys like Kevin Shattenkirk, Roman Polak, and Kris Russell have better HARD numbers, none of them face nearly the same quality of competition that Jackman faces night in and night out.

That’s all well and good, but what really separates Jackman from all the other solid defensemen in the league? And why should your team want Barret Jackman to play for them? Let’s take a look:

A player’s salary cap hit has never been more examined or scrutinized in NHL history than in this current era of hockey.

This era should almost certainly be coined the ‘Salary Cap Era’; teams constantly approve or reject trades based solely on a player’s cap hit more than they ever had in the pre-salary cap era. Just ask New York Islanders General Manager Garth Snow how players cap hits have affected his team (*cough, cough* Tim Thomas).

It’s important to note here that a huge amount of credit needs to be given to St. Louis Blues General Manager Doug Armstrong for somehow getting Barret Jackman to sign a contract with a cap hit that, quite frankly, should be higher for a player of his caliber. Don’t believe me?

For those unfamiliar with the terminology used in the chart:

As you can see, Jackman’s overall defensive rating is better than Salvador’s rating even with Jackman facing stiffer competition than Salvador. Keep in mind that the two make identical salaries.

But what truly stands out is Jackman’s defensive rating compared to Phanuef’s. It is, by far, leaps and bounds better than Dion’s. Jackman still faces stiffer competition while actually getting paid half of what Phaneuf gets paid.

Not only that, but Jackman seems to have a greater influence on his line mates than both Salvador and Phaneuf do; Jackman’s line mates are, on average, scored on in greater amounts than when Salvador or Phaneuf aren’t with their line mates.

To give you an idea of Jackman’s strong defensive game, take a look at this video of him stepping up on Toronto Maple Leafs forward Matt Frattin. 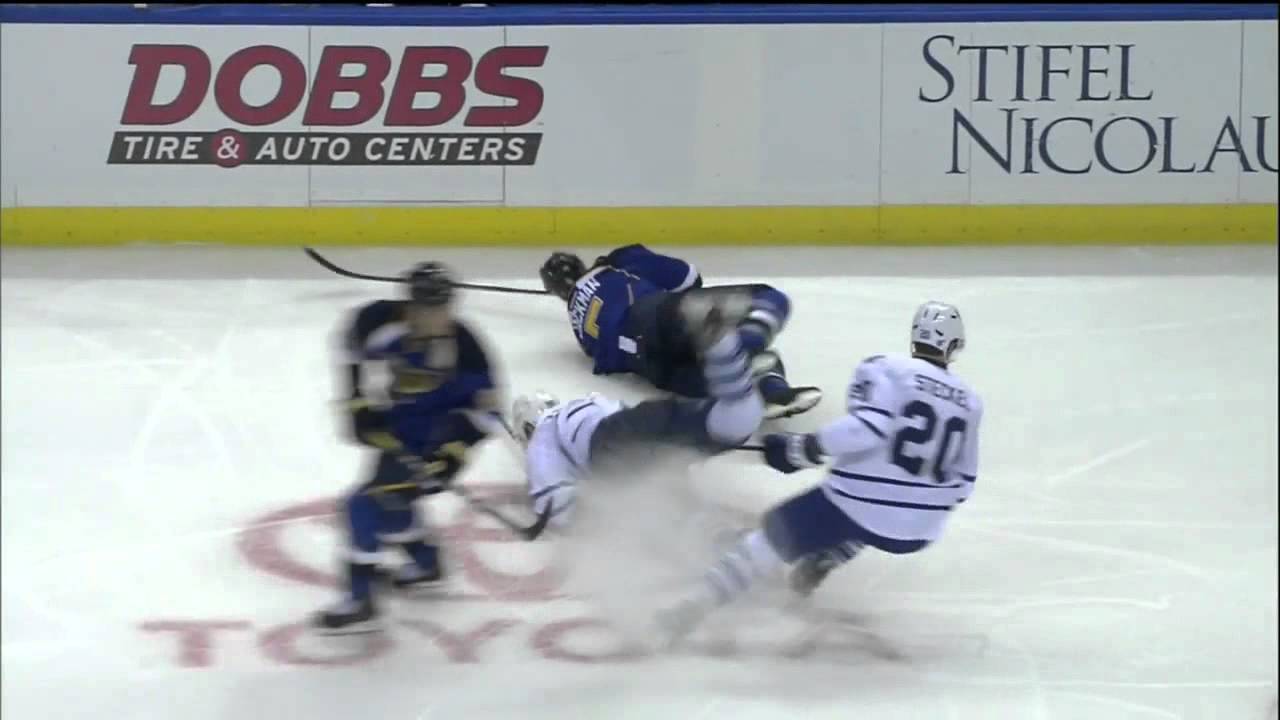 It’s now starting to seem like Jackman is grossly underpaid. What a steal for Armstrong and the Blues.

Compared to the other Blues defensemen that have played more than 300 minutes this season, Jackman has the highest OppGF20.

Again, if you’re unfamiliar with the terminology, the OppGF20 statistic is the opposition’s average goals for per 20 minutes when said opposition isn’t playing against a particular player.

That means that the Blues essentially give up fewer goals when Jackman is on the ice than when he’s off it. This statistic would certainly explain why Jackman is second on the team in total time on ice while sporting the highest +/- of any Blues skater.

In other words, Jackman’s the guy you want on the ice when your team needs to preserve a 1-goal lead in the dying seconds of a game.

Jackman’s consistency is, without a doubt, the most interesting part of his game; in fact, it may also be the most peculiar.

Taking a look at Jackman’s statistics, one can see a certain phenonmeon that continuously repeats itself: Jackman ranks 3rd amongst defensemen in every crucial statistic.

He’s 3rd in goals, assists, points, shooting %, and ATOI (average time on ice). If that doesn’t scream consistency, then I don’t know what does.

With these new key pieces of information in mind, would your team want a player like Barret Jackman? My response: why in the world wouldn’t they. But for Blues fans in particular: do you under-value, or even under appreciate Jackman’s contributions to the team? If you felt that way before, you probably won’t feel that way again.