Days after THW’s own Matthew Zator listed Brock Boeser as a potential trade piece, Vancouver Canucks’ Twitter was set on fire over the weekend as reports emerged that the team is exploring the possibility of trading the forward.

One of the reasons the team is exploring a Boeser trade is their lack of cap space due to several overpriced contracts. The next two offseasons are important for the team as they have multiple key free agents who they must re-sign, such as Jacob Markstrom (2020), Elias Pettersson (2021) and Quinn Hughes (2021). The possibility of losing key defensemen Chris Tanev and Troy Stetcher through free agency this offseason is the other reason. The potential of losing both adds to Jim Benning’s reasons to trade Boeser for a top-four defender.

According to Thomas Drance of The Athletic, the organization has come to rate Tyler Toffoli higher than Boeser (from ‘Phase 3 Canucks training camp: The travelling party and the Brock Boeser thing,’ The Athletic, 06/13/2020). Trading Boeser for a top-four defenseman allows the Canucks to prioritize re-signing Toffoli over Tanev and Stetcher. Here are a few potential trade packages for the Canucks to consider:

The Canucks trade Boeser to his hometown team, the Minnesota Wild, and in return receive a 2020 second-round pick and a right-handed defender in Matt Dumba, who slides into their top four. In a trade to Vancouver, the 25-year-old will play an important role in the team’s top four.

Due to his offensive presence, he’d be behind Hughes in offensive production among defenders. Dumba scored 14 goals and 50 points in the 2017-18 season and followed that up with 12 goals and 22 points in 32 games before missing the remainder of the season with a torn pectoral in 2018-19. He has experienced a large dip in his points and goals this season. He hit a career-low in shooting percentage at 3.6 percent while taking 167 shots on net. Based on his shooting percentage, he is likely to bounce back and has suffered due to a long layoff.

Boeser is experiencing a similar struggle with goals this season. He has a career-low of 6.9 shooting percentage. The Wild have done a great job of acquiring young players from other teams during their retooling process. A great example is the Kevin Fiala trade, who tied his career-high in goals with 23 and set a career-high in points with 54. The Wild will likely target Boeser if he is available, so they can add another top-scoring winger. The team has a surplus of defenceman and should be willing to part ways with one of their top-four defenders.

Boeser to the Philadelphia Flyers for Shayne Gostisbehere and Two Picks

Shayne Gostisbehere has been the subject of trade rumours for a few seasons now. The 27-year-old missed a significant amount of time this season due to a knee injury and numerous scratches by head coach Alain Vigneault. He’s seen a dip in his offensive productions only posting 12 points and has been demoted to the second power-play unit earlier in the season. His playing time has dropped by two minutes over the past three seasons. This is largely due to the addition of Matt Niskanen and the emergence of Travis Sanhiem. Gostisbehere averaged 21:27 mins of ice time in 2017-18, the season he scored 13 goals and 65 points.

He likely needs a change of scenery and Vancouver is a great place. With Alexander Edler aging and his contract ending after 2020-21, the team will need a left-handed defenceman to replace him. The Canucks add a first and second-round pick since Gostisbehere has not produced as he once has. His offensive production has dropped recently but the team will be betting on him regaining some of his offensive prowess.

Canucks Acquire Rasmus Ristolainen and Henri Jokiharu From the Sabres

The Canucks acquire a pair of defensemen from a struggling Buffalo Sabres team. After the team released most of its staff last month, they’re looking to make a change with the rest of their roster. Rasmus Ristolainen is one of the players that will likely be traded by the team.

Related: Serge Savard – Memories of a Hall of Fame Career

The Finnish defenseman has played the eighth-most minutes among defencemen since 2014-15, which may be the problem for the defender. Ristolainen hasn’t developed into the defenseman the Sabres had hoped after selecting him with the eighth overall pick in 2013. He struggles when he doesn’t have the puck and causes his team to be stuck in the defensive zone, but he excels with the puck on his stick, allowing him to create plays.

The Canucks could take advantage of his availability by adding him to the team and using him in offensive situations. He’s surpassed the 40-point mark four times on a struggling Sabres team and if he’s used properly by a team’s coaching staff, he could develop into the defender he was projected to be.

The Sabres acquired Henri Jokiharu from the Chicago Blackhawks for Alex Nylander last season. THW’s own Tyler Halsey listed Jokiharu as one of the players the Canucks could target in a trade with Buffalo. Halsey points out the 20-year-old showed his offensive upside with the Blackhawks but struggled defensively. With the Sabres this season he has done the opposite. His offensive game has been stagnant but his defensive game improved. He does a great job of defending the rush and exiting the zone after retrieving the puck.

This trade allows the Canucks to lose both Tanev and Stetcher while adding two defenders who would be very useful to the team if Travis Green uses them properly. Jokiharu can potentially develop into a staple on the defence, which would allow the team to unload Ristolainen if the experiment with him does not work out.

Canucks Have Options if They Explore Boeser Trade

If Benning does decide to explore a Boeser trade, he has a few trading partners. The Canucks would not get the same value for Boeser back but if they do value Toffoli more than the American forward, this trading for a top-four defender is the best option for them. The trade with the Wild brings a right-handed defenceman in Dumba, with the offensive upside to score 50 points in exchange for a Minnesota native.

With the Flyers, Gostisbehere’s value is low and to increase the value, they must add a first and second-round pick. The trade could be beneficial, and the Canucks will be banking on Gostisbehere to bounce back.

The trade with the Sabres allows the team to replace Tanev and Stetcher with Ristoalinen and Jokiharu, allowing the team to get younger in the process. A Boeser trade allows the front office to keep a highly rated Toffoli while letting at least one of their free-agent defenceman walk. 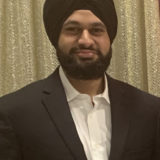 Sartaaj has been watching hockey for over 15 years and covers the Vancouver Canucks for The Hockey Writers.