Since becoming a legitimate starting goaltender with the Vancouver Canucks in 2017, the Calgary Flames’ Jacob Markstrom has been a dependable workhorse between the pipes. During his peak years in Vancouver, he played three of every four games and this year with Calgary did the same, playing 43 of 56 games despite a nagging injury.

While Markstrom loves to play and Flames head coach Darryl Sutter has a reputation for leaning on his starting twine minders heavily, this summer, the Flames must find dependable backup options for their towering Swedish puck stopper. Even he has physical limits and the risk of injury is ever-present.

Will Current Goalie Backup Options Cut It for the 2021-22 Season?

On paper, Markstrom currently has a potential supporting cast of three – prospect Dustin Wolf, widely expected to play in Stockton next year, along with pending unrestricted free agent (UFA) Louis Domingue and pending restricted free agent (RFA) Artyom Zagidulin. How does each stack up as a backup?

First signed as a free agent by the Flames in April 2019 and now on a one-year two-way contract set to expire this summer, the 25-year-old has played just 28 minutes in one NHL game wearing the Flaming C. In a February game this season against the Ottawa Senators, he allowed two goals on 11 shots to register a .818 save percentage (SV%). He never saw action after that with the big club.

Dubbed by my colleague Greg Tysowski at The Hockey Writers as “Big Snag Zag,” Zagidulin has established himself as a credible backstop in both the Kontinental Hockey League (KHL) in his native Russia and with Calgary’s farm team, the Stockton Heat in the American Hockey League (AHL). In 30 games with the Heat in the 2019-20 season, he posted a 16-6-1 record to notch a .898 SV% and a run-of-the-mill 3.07 goals-against-average (GAA).

With numbers like that, Zagidulin has yet to demonstrate he can play in the NHL. The Flames know that from what they saw of him during several training camps and on the taxi squad this year. It’s highly doubtful he will be re-signed.

A veteran of nine NHL seasons, the 29-year-old Quebecer has never proven to be more than a mediocre backup goalie with any club that’s employed him. Hailed as “Third String Domingue” by Tysowski, the veteran twine tender is probably set to ride out of Cowtown this summer to parts unknown.

Domingue himself may recognize a career change is in the air. He recently started giving away his recipes on Twitter and started a YouTube channel featuring his baking recipes. Could Chef Louis be in the cards?

This year he donned the red for just one game allowing three goals on 20 shots fired at him by the Vancouver Canucks in a meaningless game in late May. Over his NHL career, Domingue has gone 58-59-10, registering a GAA of 3.05 and a .904 SV%.

Those numbers would be considered the lowest acceptable for a backup goalie in the NHL. Typically, clubs expect their backup crease defenders at a minimum to play about one-third of the schedule, attaining at least a .900 SV% and a GAA of just over 3 to win half the games they play. While Domingue manages to just meet these benchmarks, Flames general manager Brad Treliving will likely try his luck in the free-agent market to acquire a backup who could meet the standards of a starter.

The Flames signed the young Californian to a three-year entry-level contract (ELC) in May. Widely regarded as the Flames’ future franchise goaltender, the youngster put up stellar numbers with the Western Hockey League’s Everett Silvertips during the Covid-shortened 2019-20 season. As the team’s starting netminder, he went 34-10-2 to record a GAA of 1.88 and a SV% of .935 to earn the Canadian Hockey League’s (CHL) goaltender of the year award.

However, at only 20-years-old he’ll need development with the Stockton Heat before moving to the Stampede City permanently. Many a young rising star has been ruined by being pushed too far, too soon. If he has his druthers, Treliving will not risk making that mistake with Wolf.

The gaps in Wolf’s game were on display during the three games the youngster played with the Heat this year, during which he logged a 3.24 GAA and a .895 SV%. While unimpressive, these statistics were the result of a weak start in his first game. He bounced back in the next two to stop 62 of 64 shots fired at him.

So What Should Treliving Do?

The short answer is that he should hit the free agency market in search of a solid backup. Good goaltending in the NHL is hard to acquire. All the same, he needs someone between the pipes who meets the minimum statistical measures outlined above but who can also bring intangibles such as being a quality teammate and a leader in the dressing room.

The good news for Treliving is that there are almost a dozen unrestricted free agent goaltenders now up for grabs. Still, most are in their thirties, nearing the end of their careers. Despite that, a few of them may still be difficult to acquire.

Let’s have a look at a few options.

When Big Save Dave left Cowtown for Hogtown at the trade deadline this year, many pundits predicted he could well be back next season. While he would be a fit in Calgary on every measure, it’s not clear that the Leafs would give up the 28-year-old Czech given their lack of depth in goal.

What’s more, the Leafs will probably need to dump some salary given their need to re-sign some of their heavy hitters. That means they may not be able to re-sign former starting goaltender Frederick Andersen given his $5 million cap hit. That makes a case for Rittich with his $2.75 million cap hit much more compelling for Leafs’ general manager Kyle Dubas.

Luring Rittich back to Calgary could be difficult given that Rittich presumably wants another starting position somewhere in the league after losing that spot to Markstrom last year.

While it may be a long shot under current circumstances, Treliving should pick up the phone and call Rittich soon. Most Leafs have gone into a witness protection program trying to escape the wrath of Leafs fans for their part in the team’s first-round playoff collapse against the Montreal Canadiens. Rittich’s hands are clean on that count, so he should be walking freely around Toronto, able to take the call.

I can hear the groans at this suggestion. However, hear me out. It’s true that Smith is 39-years old and probably no longer a starting goaltender. Even so, he would still be a solid backup anywhere in the league. What’s more, on a one-year contract, he could buy the Flames some time to develop Wolf or acquire a longer-lived backup.

Smith’s numbers are beyond dispute this year, with a SV% of .923 and a GAA of 2.31. His competitive fire and will to continue playing is undiminished. Asked in a recent interview what he thought about playing over 640 NHL games, Smith replied, “(it’s) not enough.”

What’s more, in a deal to return to Calgary, Smith would probably be a bargain. His current cap hit is $1.5 million making him easier to fit under the NHL’s stagnant salary cap.

The 35-year old netminder is on the youngish side compared to many of the pending UFA goalies available this summer, meaning he probably has a few years left in a backup role. What’s more, he is a rental for Colorado’s playoff run this year and will likely be easier for Calgary to acquire than some other UFAs. With a cap hit of $2.1million, his salary is more easily absorbed than those of other UFAs on the market.

In the five games he has played with the Avalanche this season, he was unremarkable with a .866 SV% and a 3.25 GAA. Still, that’s a small sample size by which to judge any goaltender and his career statistics consisting of a .914 SV% and a 2.61 GAA are probably a better reflection of his abilities. As for leadership abilities, he was a former contender for the Vezina and Hart trophies and played a pivotal role for several years with some highly competitive Minnesota Wild teams.

The veteran netminder becomes a UFA this summer. With 22 regular-season games under his belt with the Canes this year, the journeyman shot defender notched a .906 SV% and a GAA of 2.66. At 33, he too could buy Treliving some time to bring Wolf along to NHL caliber or find another long-term number two to Markstrom.

The Hurricanes are struggling with whether to roll three goaltenders. Based on their decision to go with starter Alex Nedeljkovic and backup Petr Mrazek in their playoff run, it appears Reimer could be the odd man out and looking for a new home this summer.

Still, with a cap hit this year of $3.4 million, he may be too rich for Calgary’s taste.

After splitting goaltending duties in the Motor City this year with Thomas Greiss, the prospect of becoming number two to Markstrom may at first blush be unappealing to the 32-year old crease keeper. For the Flames, his price tag in the $3.5 – $4 million range may be out of reach.

What’s more, the Red Wings have very little goaltending depth. Allowing him to walk as a UFA would be a difficult decision for Red Wings management.

Nevertheless, Bernier is worth a long-distance call to Detroit. His SV% this year of .914 and GAA of 2.99, would make him and Markstrom a formidable goaltending duo next year.

That the backup goaltending situation in Calgary needs to be addressed is beyond dispute. Not only are the Flames’ current backup options not up to NHL standards, but they certainly won’t carry the Flames through a grueling 82-game schedule and the playoffs. Good goaltending, not to mention depth, is always hard to get, but there are options the Flames can explore this summer in the free-agent market. 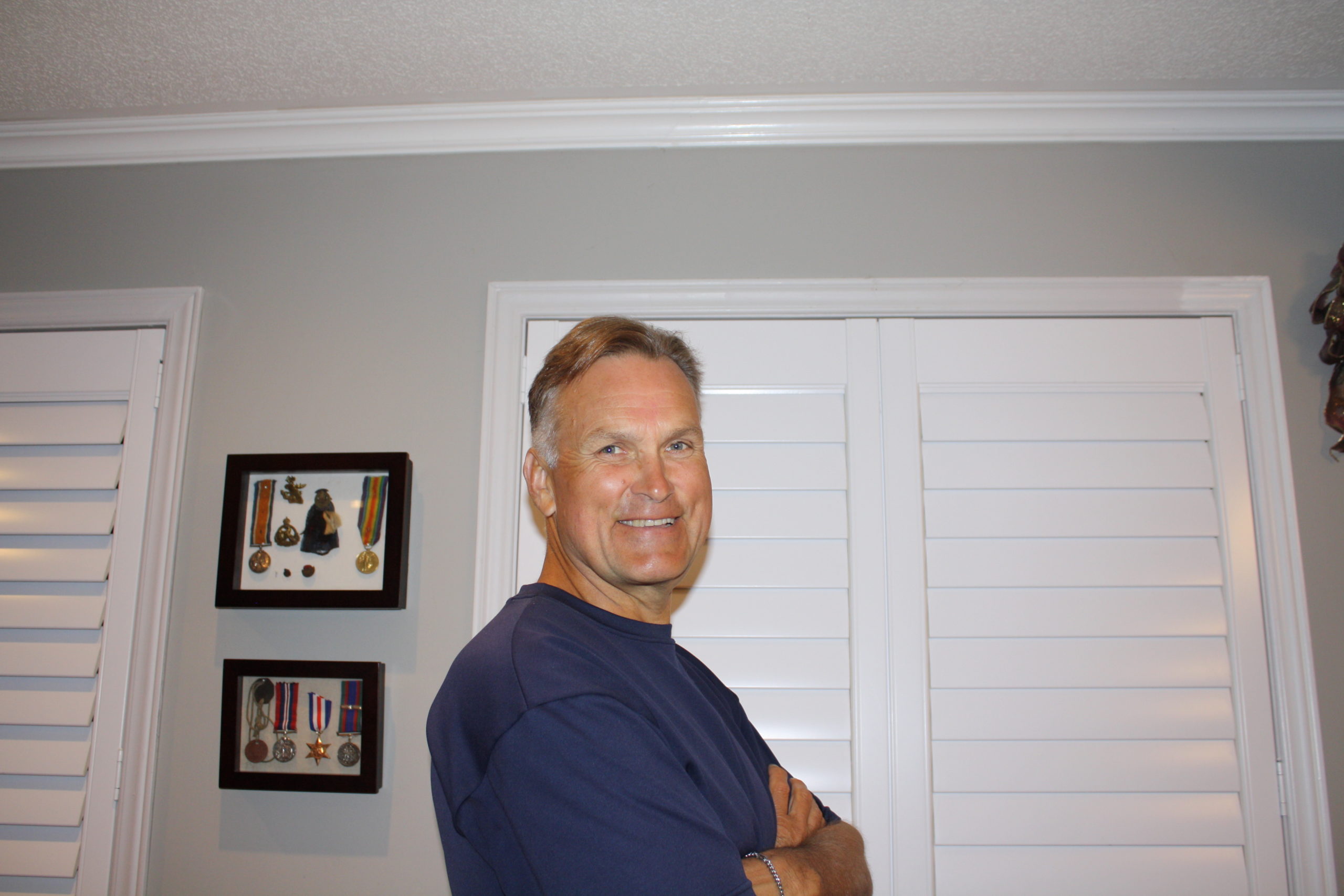 Paul covers the Calgary Flames along with the OHL’s Ottawa 67s. A freelance writer and blogger, he is also a passionate old timers’ hockey player. Of his work with The Hockey Writers, Paul says,  “I love to tell stories about the game of hockey and the personalities – both past and present, who have made it the greatest game on the planet!”  Follow him on Twitter at @pquinney