It could happen. The Oilers have a 13.5% of winning the draft lottery for the second season in a row. Yesterday marked the one year anniversary of the Oilers last lottery win, thus securing them Connor McDavid. The feeling around this year’s lottery, however, is decidedly different. Oiler fans love having McDavid, but now they want to win. Finishing at the bottom of the standings didn’t come with the same sense of hope that it did last year. Granted, that could change if the Oilers do win again, giving them plenty of options going forward. I get the sense that the Oiler fan base is essentially split between being fed up, and seeing the positive side in getting another high pick. The rest of the NHL, however, well it really depends which team they cheer for.

Winning the lottery again will give the Oilers a notorious distinction, something that many fans aren’t proud of. It’s understandable, because the perception is that with all these picks, the Oilers should be good. But as I’ve pointed out many times, having a first overall pick doesn’t mean anything. Edmonton fell victim to some very weak draft classes, and they’ve mismanaged just about everything about the franchise, including coaching decisions, drafting, trades and personal choices. They are certainly the poster child for everything that could go wrong.

I’ve seen this sentiment a lot lately. It’s almost as if people hate the Leafs and their media even more than the idea of the Oilers picking first again. And I won’t lie, it would be hilarious to see the reaction out of Toronto if they don’t win the lottery. The tank was executed to perfection, and for them to come away with a lottery loss would be quite the failure. But what’s better for the league? Like it or not, a good team in Toronto is good for revenue. (I hate admitting that).

I’m an Oilers fan, of course I want them to win the draft lottery. Customers should never feel guilty.

You can be sure that plenty of Oiler fans will be thrilled about winning the lottery, especially if they don’t care about all the criticism. The rest of the league can complain all they want, but if the Oilers win, it’s a guarantee that there is no fixing involved. And another thing. The Oilers weren’t trying to be bad. They were hoping to compete for a playoff spot (wishful thinking, but still). Finishing in lottery contention was not part of the plan. They’re just as fed up of losing as the rest of the league is.

I definitely tweeted this last year but I mean it this time, if the Oilers win the draft lottery again I will stop watching hockey

I’m not sure he would follow through, but you never know.

I just hope the next thing the NHL bans is the Edmonton Oilers winning the draft lottery.

I can say with certainty that if the Oilers do in fact win the lottery again, the NHL has to examine the rules. Maybe they would implement a cap on how many times the same team can pick first overall. Maybe two years in a row wouldn’t be allowed. There are certainly ways to get around it. I hope it doesn’t come to that. The draft lottery will come in the thick of the postseason, and it would be a shame to see it make all the headlines. 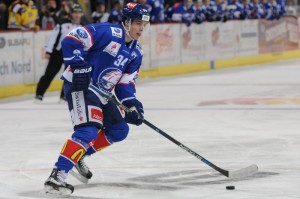 But, the drama of it all is exactly what the league is hoping for. And the prize this season is a thoroughbred to be sure. Auston Matthews has the look of a real star. He played against men last season and didn’t look out of place at all. He’s a big skilled centerman, someone who every team in contention for the lottery could use. Whether you’re a fan of the Oilers, the Leafs or another team, I would imagine you’ll be watching the draft lottery with intrigue. But if Edmonton comes away with the win again, what would your feeling be? Have your say in the comment section below.