With the signing of Jarmo Kekalainen as the new GM, the Columbus Blue Jackets are ushering in a new era with a big bang!  It is widely known that this franchise has experienced very little success in its dozen years of existence.   Kekalainen is the third GM in franchise history without an interim tag and also the very first European-born GM of an NHL team.  Undoubtedly, John Davidson, President of Hockey Operations, relatively new himself, has a list of specific expectations for his new GM.

So, what are 7 great expectations of Jarmo Kekalainen as he tries to transform the bottom-feeding Columbus Blue Jackets into Stanley Cup contenders?

The Blue Jackets have squandered away opportunities to correctly evaluate talent and make astute draft picks over the last decade.  Perhaps, the only true success stories at the top-6 level are Rick Nash and Jakub Voracek who no longer play for the Jackets.  Jarmo Kekalainen brings to the table a unique skillset in evaluating talent that has been largely missing in the Jackets franchise.  He has a proven track record with the St. Louis Blues and Ottawa Senators with excellent picks he has made such as Jason Spezza, Martin Havlat, David Backes, and Vladimir Tarasenko.  Will Kekalainen work his way to bringing Nathan MacKinnon to Columbus?

One of the most egregious errors made by former GM, Scott Howson, was his failure to bring a bona-fide #1 goalie to the Jackets.  Jarmo Kekalainen will have to evaluate current goalies, Steve Mason and Sergei Bobrovsky but he is almost definitely going to have to shop around for a big name goalie such as Roberto Luongo of the Vancouver Canucks.  While Luongo’s mammoth contract is a deterrent, Kekalainen had better shore up the net minding if his team expects to keep the puck out of the net and win games. 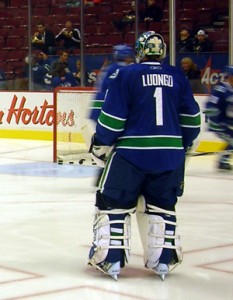 3. Evaluating the head coach and making the right decision

Jarmo Kekalainen will need to get to know Todd Richards, head coach of the Blue Jackets and his system.  A determination will need to be made if Richards is the right fit for Kekalainen and his vision for this team.  Richards was elevated from assistant coach to head coach by former GM Scott Howson and has admitted that his comfort zone has shrunk according to The Columbus Dispatch.  If Richards can win on the ice then his future with the Jackets ought to be secure otherwise everything is on the table for consideration.

With the departure of Rick Nash through a trade with the New York Rangers, the “C” has been vacated and as of yet has not been awarded to anyone.  There have been front-runners such as Jack Johnson, James Wisniewski, RJ Umberger and Vinny Prospal.  However, the team intentionally has been deliberate and patient with naming a new Captain.  At some point, Jarmo Kekalainen will want to name someone to commandeer his ship.  He should make a fairly brisk determination so that there can be greater accountability, stability and direction for the players.

Jarmo Kekalainen will need to make sure he has a good handle on the lads in Springfield (Mass.), the Blue Jackets AHL affiliate, the juniors and college ranks.  The future of the team lies in the young talent which must be developed correctly and not rushed through the pipeline to Columbus.  Ryan Johansen, the franchise’s number 1 pick from a couple of years ago has a seemingly promising future in the NHL but he has been tossed between Columbus and Springfield, not to mention being mishandled over the last couple of years by the Jackets.  He has been made to play out of his natural position of center until lately and it has yielded in unimpressive results.  What will Kekalainen be able to do with Ryan Murray, the Blue Jackets top pick from last year?

6. Instilling a new culture of winning

The country-club atmosphere that has existed in Columbus must be eviscerated in favor of a gritty and winning environment.  With the arrival of John Davidson, some of this transformation has already begun but Jarmo Kekalainen will be tasked with ensuring the completion of this process.  Players such as Brandon Dubinsky that have recently joined the team are a breath of fresh air.  Dubinsky brings a “win at all costs” mentality which needs to be pervasive throughout the room. Under-producing and long-time Jackets such as RJ Umberger and Derrick Brassard could use a jolt of the new reality under Kekalainen.  This could help get their game re-started and also embrace an expectation to win rather than be content with losing. 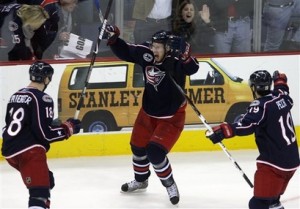 7. Instilling confidence in the fan base

Enough cannot be said about how the hard-core fans of the Blue Jackets have hung in there despite the abysmal record of their team through the years.  It wouldn’t be a stretch to say that just about every North American media outlet has beaten up the Columbus fan base for the fall in attendance at home games in Nationwide Arena.  While this is factually true, what is not discussed widely is that how many cities (other than the hockey hotbeds of Toronto and Montreal) would still sell out their arenas with a perennially losing team like the Blue Jackets?  Imagine how much confidence could be instilled in the fan base if Jarmo Kekalainen could transform this team into a winner? 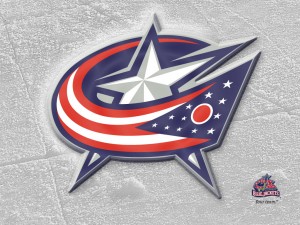 While former GM Scott Howson was a true gentleman and a consummate professional, Jarmo Kekalainen adds much needed hockey acumen to the Blue Jackets front-office.  His pairing with John Davidson is a reunion of sorts as the two were together in the St. Louis Blues organization.  Great expectations await Kekalainen as he finds his way around Greater Columbus.

Harry is a business professional by day and a hockey writer by night. He covers the NHL and the Columbus Blue Jackets on the fastest growing hockey website, THE HOCKEY WRITERS. You can follow him on Twitter @HarryNHL, email at harry.kamdar@yahoo.com and access his articles at https://thehockeywriters.com/author/hkamdar