Mitch Moroz is coming off a WHL Championship and Memorial Cup Championship year, but he’s not satisfied. The young forward has his sights set on a loftier – and far more difficult – goal: making the NHL his first season out of junior hockey. Though he realizes it is an arduous task, he wants to make the final decision as hard for Oilers management as possible.

“Everybody kind of expects that in your first year you go down to Oklahoma, but if I can force their hand a bit and make them sweat it a bit, that’s my goal,” he told the Edmonton Sun during prospect camp earlier this month. “You want to give yourself the best chance possible.” 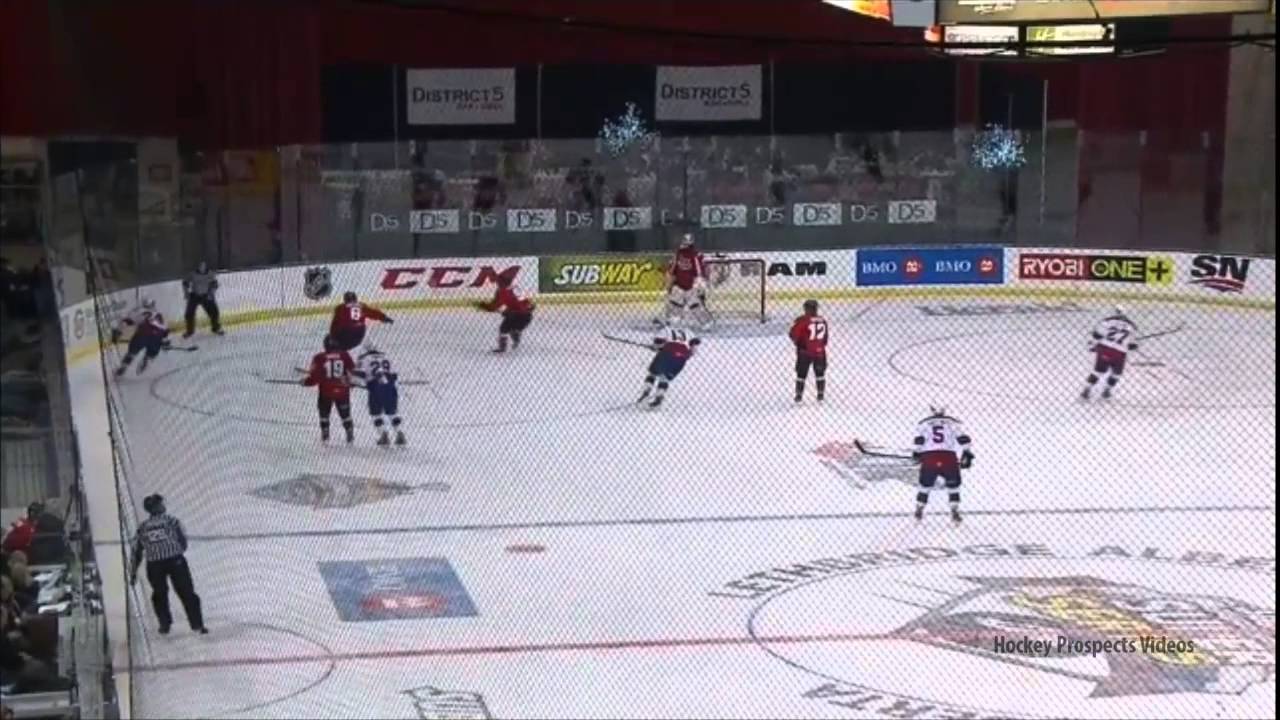 Having What It Takes

Yes, Moroz is only 20 years old. Yes, this is his first season out of junior. He’s also exactly the kind of player that the Oilers need right now. The 6’3″, 214 lb winger knows how to use his size to his advantage and isn’t afraid to step right into a fray – with 196 penalty minutes in the 2013-14 regular season and playoffs combined, he’s no stranger to the penalty box – but he manages to balance that out by putting up points, going into the dirty areas to score goals like the one above against the Lethbridge Hurricanes. The Oilers need to win games, and to win games, you have to score goals. I don’t see Moroz being any more shy around the front of the net in the NHL than he was in the WHL, and that can only benefit Edmonton.

Moroz is planning to get leaner and quicker this summer to increase his chances among the more NHL-experienced players at training camp. He understands that it is a different league and a different game than he experienced in junior, playing against men rather than boys, but he relishes the opportunity to begin carving out a spot for himself on the Oilers’ roster.

Is Moroz a Realistic Option?

Some may say that Moroz is not yet skilled enough to play in the NHL. To that, I say: the Oilers employ Luke Gazdic. They’re very different players, of course, but if I had to choose one of the two to play in the Oilers’ bottom six, I would choose Moroz in a heartbeat. I don’t anticipate it being one or the other given that they would fill very different roles, but it does illustrate my point: Moroz already has more skill with the puck than many active players who have NHL experience under their belt.

The thing about Mitch Moroz is that while he absolutely has the potential to one day be a top-6 winger, he could start his NHL career on the third or fourth line as an effective player without it stunting his development. His style of play suits the role that he would be expected to fill on, for example, the Oilers’ third line, and he is capable of creating offense. Edmonton could do far worse than taking a chance on him, but at the very least he is going to have no trouble making it a difficult decision for the front office to send him to Oklahoma City.