Have you ever noticed that man pacing a little too much at a children’s hockey game? The one getting worked up at a missed call or offside? The one yelling for the team to “wake up”,  yelling at his own child for being out of position or passing up a chance to shoot to set up a teammate instead? Do you know that man? Are you that man? Brian Spencer was born to that man, and his life would soon spiral out of control thanks in large part to the events of 12 December, 1970.

Born alongside twin Byron in September of 1949, Spencer grew up in the wild of the British Columbia interior in Fort St. James, a former trading post about 950km (585-mile) from Vancouver. The Spencer boys grew up in optimal conditions for hockey and their father, Roy, would teach his boys everything he knew about the game during Fort St. James’s long and isolating winters. Roy would quiz the boys daily to sharpen both their knowledge and their skills, and his passion and devotion to the game was quickly shared by his son Brian. 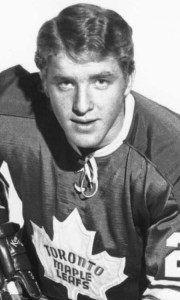 Roy was also a hard man. A skilled mechanic by trade he instilled within his son not only a hard work ethic, but also taught Brian some the skills he had come to learn on the job, for life after hockey. Roy would also, by all accounts, pass on his hard drinking ways to his son Brian.

Spencer’s story is not an unfamiliar one for players of that era. Working hard to make a name for himself, Brian; a left-winger by trade, would turn his game into a physical style suited to get himself out of his small town.

At 17 and with the 1967-68 season approaching, Spencer would head east to Calgary where he would start out the season playing for the Centennials of the Western Canadian Junior Hockey League (now the Western Hockey League) before being dealt to the Regina Pats later in the season. The 1968-69 season would be the one which transformed Brian into “Spinner”, a hard skating, fast charging middle-weight.  He would start the season for the Estevan Bruins before finishing his WCJHL career with the Swift Current Broncos and a disappointing playoff run.

Thanks to his time with four teams over two seasons, Spinner had started to establish his rough and tumble game. He would be drafted in the 5th round, 55th overall by the Toronto Maple Leafs in the 1969 draft. Roy and Brian Spencer had accomplished Roy’s dream.

As a boy Spencer dreamed of not only achieving the fame he desired by being a professional hockey player, but of also being a Hollywood actor. Little did Spinner Spencer know that his tragic life story would turn into the Hollywood movie he always wanted to be in.

Spencer would start his career by playing with the Tulsa Oilers, the Leafs’ Central Hockey League affiliate. Spinner would start to make a name for himself as a hard-checking forward, and would figure prominently on the Oilers’ 3rd line, posting a respectable 13 goals and 32 points to go along with his 186 PIM. Because of those numbers, Spencer would find himself as a late-season call up for the Maple Leafs, but would only post 12 PIM in his 9 games of regular season action. Spinner would go on to contribute an assist and 17 PIM in 6 playoff games for the Leafs’, the most amount of action he had seen beyond the regular season in his career up to that point.

The 1970-71 season would be different for Spinner. Although he started the season with the Tulsa Oilers, he soon found himself on the big team once again. His career, and life up to this point, had gone mostly to plan.

The events of December 12, 1970 would change the Spencer family forever.

Spencer had been playing fairly well for the Leafs’ after his early-season call up from the Tulsa Oilers by the time his Maple Leafs were to entertain the Chicago Black Hawks on CBC’s Hockey Night in Canada. Although it is common knowledge now, HNIC was an even bigger deal before the time of cable and localized hockey broadcasting. HNIC was, and still is to a certain degree, the NHL’s weekly showcase across the nation, and to those in Fort St. James, they would be able to finally see their prodigal son.

On the morning of December 12, Roy received a call from Spinner. A new father himself just days before, he informed the elder Spencer that not only would he be able to see his son play on live TV that night, Spinner was also chosen as the player to be interviewed between periods, a big honour for a player of Spencer’s caliber at that time. 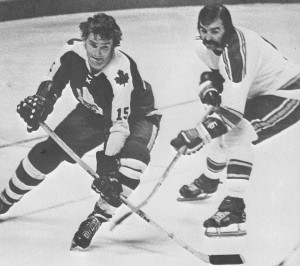 Roy, like any proud father, made sure he would be able to view the game and bought himself a new antenna capable of picking up the CBC’s signal from its nearest station in Prince George over 160 KM away from his home in Fort St. James. Being a good family man and host, he also informed his friends and family to come over to see their boy. The drinks were on him.

As game time was approaching and after many drinks were consumed, family and friends sat around the television set to prepare for their hero’s showing. Sitting around the television set, family and friends realized that the CBC in British Columbia decided the province would rather see the Vancouver Canucks face the Oakland Golden Seals rather then see the Leafs versus the Black Hawks. Roy Spencer did not see this coming. And neither would the CBC station he would hold hostage.

As an enraged Spencer began to realize he wouldn’t see his son play that Saturday night, he took his shotgun and started the drive to Prince George. Once there, Roy stormed the building and demanded that the station switch to the Toronto/Chicago game, which of course they did. Little did Spencer know that the RCMP had been called. Once outside of the building, Spencer was confronted by the waiting officers. Told to drop his weapon, Spencer fired two shots injuring one officer leading the RCMP to return fire. Roy Spencer would lay dead.

Spencer would learn of the death later that evening, however this would not stop him from suiting up for the Leafs’ game the following day in Buffalo. Against the Sabres, Spencer would record 3 assists in a victory before setting off for Fort St. James for his father’s funeral. Spinner would only miss one game that season while posting respectable numbers for the Maple Leafs.

After a disappointing start to the 1971-72 season, Spencer was sent back down to the Tulsa Oilers and would be left unprotected for that season’s expansion draft. The lowly Islanders would claim Spencer where he would develop as one of the Islanders’ most popular players.  However by the 1973-74 season, he would see himself traded to the Sabres for Doug Rombough. 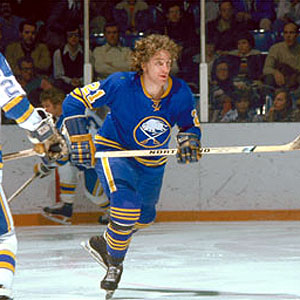 As a Sabre in 1974-75, Spinner would have his finest season in the NHL; netting 12 goals and 41 points in 73 games, respectable numbers for a prototypical grinder. Spinner would help the French Connection-lead Sabres’ to game six of the Stanley Cup Finals where they would ultimately lose to the Philadelphia Flyers.

After 2 seasons in Buffalo, Spencer was soon moved to a veteran Pittsburgh Penguins team looking to shake things up. Spencer would soon be a flop in Pittsburgh, being sent down to the AHL at the age of 29 and effectively ending his NHL career after 553 games.

Spencer, walking away from the sport for good in 1980 and with his second marriage crumbling, decided to move to Florida and use the other skills his father taught him, specifically work as a mechanic. Spencer’s life would soon take a strange and tragic turn, one which a Hollywood script couldn’t even predict.

Spencer would remain somewhat anonymous during his time in Florida, rarely discussing his career with his new friends in the sunshine state. Much like his father, Spencer’s taste for alcohol would become problematic and he would soon develop a taste for crack cocaine. He would be arrested for driving under the influence 5 times between 1982 through 1985. During this time, he would also start to date a prostitute named Diane De Lena. His relationship with her would turn out to be his downfall.

In 1987 Spencer would be fingered for the cold case murder that had remained unsolved since 1982. In December of that year, Diane de Lena had spent a night with a man named Michael Dalfo. At the time, the police suspected Spencer for the murder, but they did not have enough initial evidence at the time to charge him. Five years later, things would change. The police, in an attempt to solve their case, directed their attention to once again to Spinner. De Lena was given immunity if she would testify against Spencer. She did, however once again there was not enough evidence to charge Spencer. He would be found not in November 1987 on all counts. 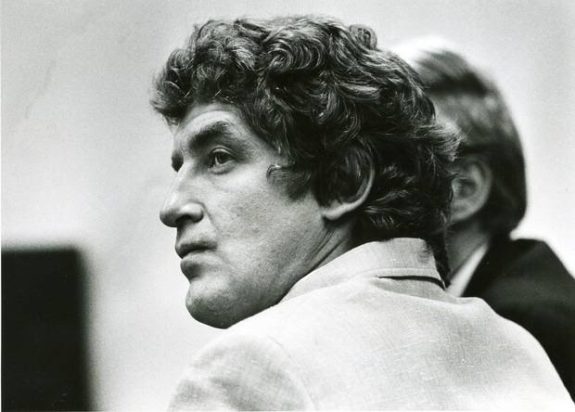 Just when Spencer believed he was in the clear, life would unravel once again. After picking up some cocaine with a friend, Spinner was shot dead in his truck on June 3, 1988. He was 38 years old.

His friend Greg Cook,  who was present at the time, told police that they had just purchased drugs and had stopped to grab some cigarettes. They were then confronted by a robber, who Cook claims shot Spinner and ran off. Many suspect it may have been a planned killing, since his final years were not his best.

Spinner wanted to be a hockey star and a Hollywood actor. While he would never be a star in his own right in the NHL, he did gain a reputation as a hard worker and popular player. And while he would never star in a Hollywood movie, one would be made about his life story for Canadian TV by now famous director Atom Egoyan called Gross Misconduct. An appropriate title for such a tragic hockey figure.

1 thought on “Spinning Out of Control: The Short, Violent Life of Spinner Spencer”