The Tampa Bay Lightning enter Thursday’s contests against the Vancouver Canucks with three days of rest after a November in which they played 15 games — nine of which were on the road. The team has been impacted by a condensed schedule to start the season, as the Lighting have suffered injuries to a number of players. Captain Steven Stamkos will be out approximately four months after he suffered a torn lateral meniscus in his right knee on Nov. 15.

The Lightning were able to battle their way through the loss of the 26-year-old center initially, winning three of the first four games without him. From there, however, things took a bit of a turn. The team dropped four-straight games for the first time all season and struggled through inconsistent play and costly turnovers in the absence of top-pairing defenseman Anton Stralman to an upper-body injury on Nov. 12.

They bounced back with a strong effort in a 2-1 shootout win over the Washington Capitals on Dec. 3, but struggled to find the back of the net in a 1-0 overtime shootout loss to the Carolina Hurricanes the next day.

Head coach Jon Cooper, recognizing his team’s need for rest, gave his players Monday and Tuesday off, before holding a team practice Wednesday.

For the Lightning, they will be relying upon their depth for offense in Stamkos’ absence. Players like Jonathan Drouin, Tyler Johnson, Alex Killorn and Ondrej Palat will play increased roles. Nikita Kucherov, who has a team-leading 13 goals and 29 points, has three points in the first three games of December and remains the team’s number one offensive threat. 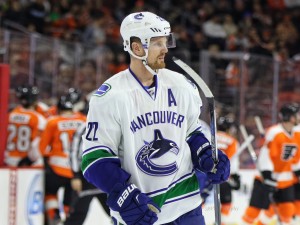 The Canucks will enter the game playing for the first time since a 3-2 loss to the New Jersey Devils on Tuesday. During that game, the team faced a big scare when defenseman Philip Larsen was on the receiving end of a hard check from Devils forward Taylor Hall and fell to the ice unconscious. Larsen was stretchered off of the ice and was taken to a hospital and has since been released. However, the effect of seeing that sort of injury would take a mental toll on any team.

1)The Tampa Bay Lightning enter Thursday’s matchup with the Vancouver Canucks after having their first three-game break in 2016-17. The Lightning played 15 games during the month of November and three games in the first four days of December. Thursday’s game is the first of two-straight home games for the Lightning, who will host the Pittsburgh Penguins on Saturday, in the team’s first meeting since the Lightning were eliminated by the Pens in the 2016 Eastern Conference Final.

2)The Lightning will be facing a Western Conference opponent for just the fifth time this season and carry an 0-4-0 record into Thursday’s contest. The Lightning faced the Canucks two times last season, splitting wins between the clubs. The two teams will meet for the last time during this regular season on Dec. 16 when the Lightning travel to Vancouver.

3) The Canucks enter Thursday’s game having won three of their last five games, despite entering the contest ranked 28th in the league with just 2.2 goals for per game. They are 24th in the NHL with an average of 3.0 goals against per game.

4)The Canucks have been splitting time almost evenly between goaltenders Ryan Miller and Jacob Markstrom. Miller is expected to make his 15th start of the season on Thursday, while Markstrom has started in 13 games. Miller has a 5-9-0 record with a 2.73 goals-against average and .911 save percentage.

5) Lightning goaltender Ben Bishop will be getting his third straight start for the first time all season. Head coach Jon Cooper has been utilizing the goaltending tandem of Bishop and Vasilevskiy to the team’s advantage in order to maximize the value in both netminders. Vasilevskiy has seen action in 10 games in 2016-17, while Bishop will be receiving playing time in his 19th contest on Thursday. Bishop is 8-9-1 with a 2.74 goals-against average and .910 save percentage.

The Lightning enter Thursday’s game looking to get off to a hot start after struggling in the month of November. The team faced a string of injuries to key players including Jonathan Drouin, Steven Stamkos and Anton Stralman, and have leaned heavily on their depth. The Lightning have the benefit of three days rest, while the Canucks will be playing their second game in three nights. For the Lightning, who have battled bouts of inconsistency early on in 2016-17, Thursday’s matchup against the Canucks is an opportunity to pick up some momentum in the month of December.

The Lightning have the benefit of three days rest, while the Canucks will be playing their second game in three nights. For the Lightning, who have battled bouts of inconsistency early on in 2016-17, Thursday’s matchup against the Canucks is an opportunity to pick up some momentum in the month of December.