Team Germany has won its domestic Deutschland Cup 2014 in Munich. It took only two games out of three for the winners to get to the title of their dreams.

Prior to the tournament the local media, namely the Sport 1 channel, reported on the German Hockey Federation’s (DEB) estimate that the team had all it needed for winning the cup. So, DEB-President Franz Reindl said that Team Germany had “the potential, but that will be a hard job for the boys” [to win the tournament]. Pat Cortina, German’s Head Coach of Italian-Canadian descent, also sounded confident before the beginning of the tournament after he had selected the best Germany’s hockey had to offer: “We have tried to select the best, and not only measured by talent alone. We have a good roster and can win the title.”

The first game of the home team was against the tournament’s favorites and regional ice-hockey leaders – Team Switzerland. It was an even game of two rivals strongly motivated for victory. The intermediate period results show that well: 1:0, 1:1, 1:0. The first goal of the game was shot by German veteran player Patrick Reimer in the 16th minute of the first period.

The Swiss managed to even the score only in the second period. Reto Suri’s goal (after a pass by Captain Romano Lemm) in the 6th minute of the second period was to be expected. This was a power play goal and Suri and his line-mates were very noticeable on the rink during the whole game. They were the only ones who could and did pester the German defense from minute one. Still, the massive and active defenders of Team Germany withstood all the following tests by Suri and his line. Even more, their Swiss counterparts could not keep it up with the German national team: Patrick Reimer scored his second goal by the middle of the second period, in power play.

The third period of the game brought only one goal. Thomas Oppenheimer scored an empty-netter in the final minute of the game, when the Swiss exchanged their goalie for an additional field player.

On the same day the Slovaks won against Canadians 4:1. This could be considered a surprise. However, Team Canada had no players currently employed by North American hockey organizations, not to mention the NHL. All the Canadian players represented European clubs and where thus dubbed by the Slovak press as Euro-Canadians. The Slovaks, however, could and did tap into their home staying talent base and this tactics proved successful:

In their second games the Germans faced Slovaks and the Swiss played against Canadians.

The Canadians eventually lost against the Swiss – 2:1. A big credit of the Swiss victory against Team Canada belongs to … Canadian Glen Hanlon – Head Coach of the Swiss National Team. The Alpine squad was lucky to score first and also wise to do so. In the middle of the first period Samuel Walser from HC Davos scored for Switzerland.

As the game progressed the Canadians were building up momentum and the Swiss had trouble keeping up with their opponents. Zach Hamill of the Finnish HPK Hameenlinna, drafted by Boston Bruins in 2007, shot a goal five minutes before the end of the second period.

Thereafter the Canadians dominated the game. Was it not for the Swiss goalie Sandro Zurkirchen of HC Ambri-Piotta, the end result could well have been in Canada’s favor. Zurkirchen simply refused to let more than one goal in his international debut game and thus turned aside 36 shots out of 37 made upon his goal.

Canada’s Head Coach Jeff Thomson of Eisbaeren Berlin decided to lift the goaltender one minute before the end of the game as his team needed a victory in order to compete for the title. Although necessary, this move was unsuccessful. Dino Wieser scored the empty netter, which decided the game result.

While playing against Slovakia the Germans had the advantage of the fast first goal plus the crowd of 5700 fans crying for them. The Slovaks were strong opponents, but they lacked the decisive hockey skill – scoring. Patrick Hager of ERC Ingolstadt scored 99 seconds into the game and Christoph Ullmann scored at the end of the second period – in the 40th minute. The Slovaks scored their first and last goal too late: Adam Lapsansky’s shot went into the German’s goal in the 56th minute. 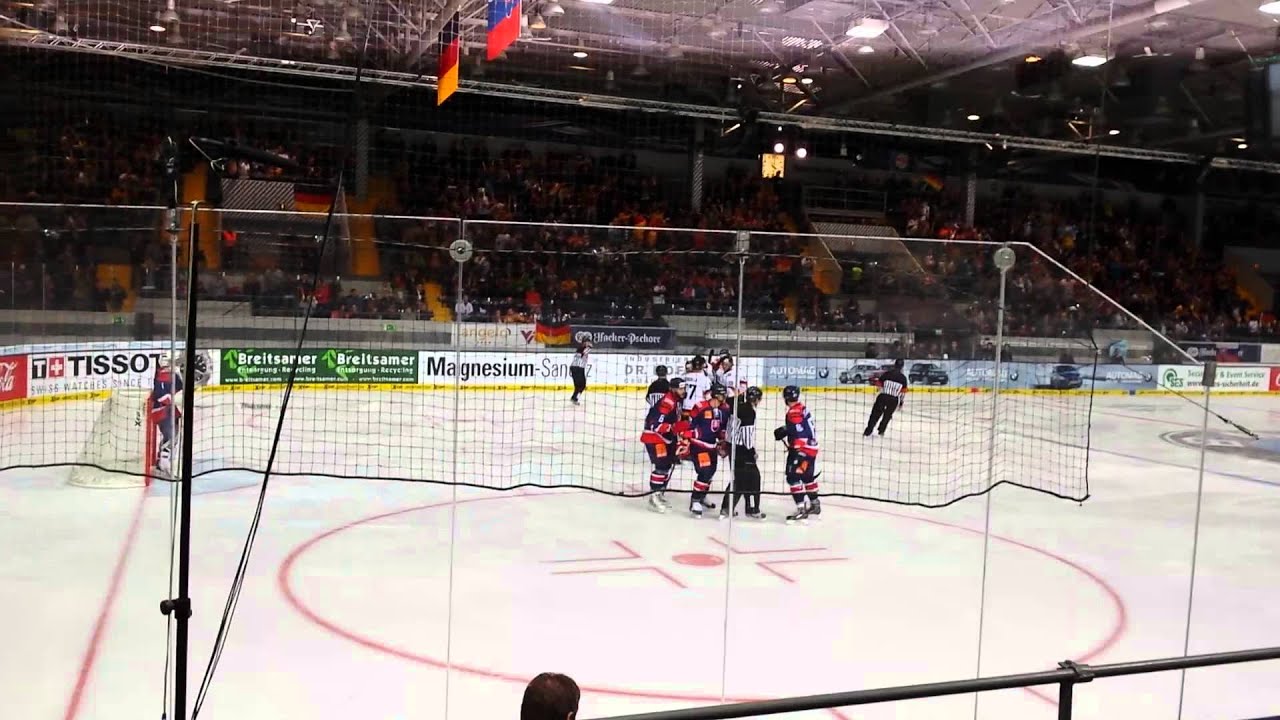 Thus, two consecutive victories made Team Germany Cup Winners. No matter how sad and bitter the losses might taste for the Slovaks and Canadians, as well as for the Swiss, the game of ice hockey will profit incredibly from this result. The German fans are sure to flock to the arenas and TV screens all around the country for months and years to come. This will make sponsors happy while making contributions to the game.

No matter how much the game will profit from a relatively easy and quick cup victory of the home team, the Deutschland Cup organizing committee must ensure fiercer competition next year. And ever after. As competition is the true secret of the game’s popularity around the world.

P.S. Team Canada won against Team Germany (4:2) in their personal encounter late on Sunday, 9 November 2014. This game had no influence on the official Deutshcland Cup results.