There are a number of prevailing opinions that exist in a lot of NHL circles that have been around for awhile. They involve three topics that fans love to argue about, so it’s not entirely surprising that there are people who defend these sides. But nevertheless, it doesn’t make them any less wrong or inaccurate. There’s pretty strong evidence to suggest that they aren’t actually true, but for whatever reason, they won’t seem to go away.

Gary Bettman Sucks at His Job

Talk about coming out guns blazing. Gary Bettman is probably the most hated man in hockey, despite never playing a single game in his life. We’ve all heard the knocks against Bettman: he sucks, he’s not a hockey guy, he caused three lockouts, he’s not likeable. The one thing that I will give you is that the three lockouts were too much. The reason fans hate Bettman is because they’re looking at it from a fan’s perspective, and not from a perspective of actually understanding what the point of his job is.

Bettman has done that by adding six teams to the league, and introducing competitive parity through the salary cap. Think to yourself, which is more profitable? Having a handful of powerhouse teams while the rest of the league struggles to compete, or having a bunch of good teams, and a few that are a couple steps behind?

The few powerhouses will sell out every game, and the good teams very likely will also. The strugglers will barely be able to get anyone in the stands, and the teams that are a few steps behind don’t sell out, but they get more than the strugglers. This is what the league was facing, as the top spending teams could buy the best players, not allowing the smaller markets a realistic chance of competing.

Bettman and the owners tried for a salary cap with the first lockout in 1994-95 but didn’t get it, instead getting smaller concessions like a cap on rookie contracts and changes to free agency. He got it with the 2004-05 lockout, and the game has grown as a result.

To the point that he’s not a hockey guy, would you want a hockey guy in his position? He’s involved in extremely complex negotiations and business deals that would overwhelm a former player. The highest level of education for most players is high school. Many have some college education, but fewer actually graduated. I want a guy that is the most qualified to be the commissioner, not a likable hockey guy. And the most qualified guys are lawyers and people with extensive business backgrounds.

Do I like Gary Bettman? No. But do I respect the job he’s done and realize that he absolutely knows what he’s doing? Yes.

If hockey fans have one complaint about the game today, it’s that it’s not exciting enough. There’s not enough scoring. There is a myriad of ways to address this, and one theory that people have is to use an Olympic-sized sheet of ice, which is 13 feet wider and 3 feet shorter. The theory is that more open ice means more opportunities for skill to shine. This is very wrong. The real result is more perimeter play and less scoring.

Look no further than the top leagues in Europe. In the three best leagues in Europe, goals per game this season was lower than it currently is in the NHL. The SM Liiga (4.97 GPG), KHL (4.95 GPG), and SHL (5.36 GPG) all play on Olympic ice, but had lower scoring than the NHL thus far (5.40 GPG). Think of the Canadian team that won the Gold Medal at the 2014 Olympics on the bigger ice. They won scoring just 17 goals in 6 games.

If the NHL wants to increase scoring, which it sounds like they do, there are much more direct ways to do it. Namely, shrinking goalie equipment, making the net bigger, and cracking down on obstruction. The latter two would be most effective, in my opinion.

Advanced Stats are Everything, or They’re Useless

These people that are on the polar opposite sides of the debate are the worst. The truth is in the middle. 95% of the time they reinforce exactly what our eyes tell us, but they also point out some more subtle things that we would normally not pick up on. But for some reason, some people can’t accept that and they have to be on one side or another. I would bet that a lot of the anti-advanced stats movement people are too intimidated by the names, the volume of numbers, and the math that goes on behind them (despite it being pretty simple), and don’t give them an honest chance by actually understanding what they mean. 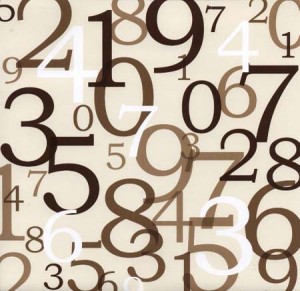 It’s really not that hard. You want the puck on your stick at all times. How do you measure that? Ideally, you know how long a puck is on a player’s stick each game. That’s not possible, so what stat that we do have can act as a proxy for that? Shot attempts. You’re not shooting the puck if you don’t have it on your stick. Almost all advanced stats are a derivative of this simple concept. Yes, it doesn’t capture everything, that’s why it should be supplemented by live viewings and other statistics.

On the other side of the debate are the hardcore advanced stats people. They think that everything can be measured strictly by the numbers. Thankfully, the number of these people have been dwindling, but some still exist. The fact is that advanced stats are no different than regular statistics in the sense that you can twist them to fit any narrative that you want. It’s the irresponsible use of these statistics by some people that irk the traditionalists. One advanced stat by itself is absolutely useless without two or three more to put it in its appropriate context. When understood and used appropriately, they can be a very useful measure.