The Los Angels Kings are the 2015 Stanley Cu….. Wait, they didn’t repeat? They didn’t even qualify for the playoffs? Well, this is a little awkward.

The Kings were eliminated from playoff contention a few days ago when they lost to the Calgary Flames. Now later today the Kings will face off against the San Jose Sharks, a team who is also playing for pride, in a game that means absolutely nothing. The Kings will finish above the Sharks and behind the Flames no matter how game number 82 ends.

1. The Sharks Are Spiraling Out Of Control

You never want to see someone fail. But when you are a Kings fan, there is something enjoyable about watching the Sharks circle the drain. And seeing them fail harder than the Kings makes things a little easier to stomach.

The Sharks are an organization that has seemed to be set to self destruct for some time now. This season seemed to be the breaking point. It all started before the regular season when the Sharks reported to training camp with no captains. Joe Thornton was stripped of his ‘C’, and Patrick Marleau and Dan Boyle were stripped of their ‘A’s.

Things seemed to boil over mid-season when it was reported that Sharks General Manager Doug Wilson made a few comments about why he took the ‘C’ away from Thornton at a season ticket holder event.

Simmering issues boiling over in SJ. #SJSharks Thornton on latest from GM Wilson on taking away the 'C': "Doug needs to shut his mouth."

Then the Sharks were apart of the latest installment of the NHL Stadium Series, against none other than the hated Kings. Along with participating in the NHL’s outdoor game came involvement in the documentation of the weeks leading up to the event in ‘Road To The NHL Stadium Series Game’ on EPIX. A great documentation of the Sharks struggle to put together wins and the team’s struggle to find leadership.

Now the Sharks have limped their way to a 40-32-9 record with one game to play, and will miss the playoffs for the first time since the ’02-’03 season.  It feels like the calm before the storm in San Jose as we inch towards an off-season that could see a lot of change for the Sharks.

Not qualifying for the playoffs is a bummer. There is no getting around that. Losing in the playoffs is one thing, but not even getting a chance at defending your crown just sucks. But the Kings and their fans have to be proud at what they have accomplished over the last four years.

Two Stanley Cups, including the first in franchise history. 41 wins in the playoffs leading to 10 playoff-series victories. 134, possibly 135 after tonight, regular season wins. One win outdoors.

There are plenty of teams across the the NHL that take half of that resume. Now the Kings need to just take the extra time off, time they haven’t had in quite some time, rest up and get read for next season. 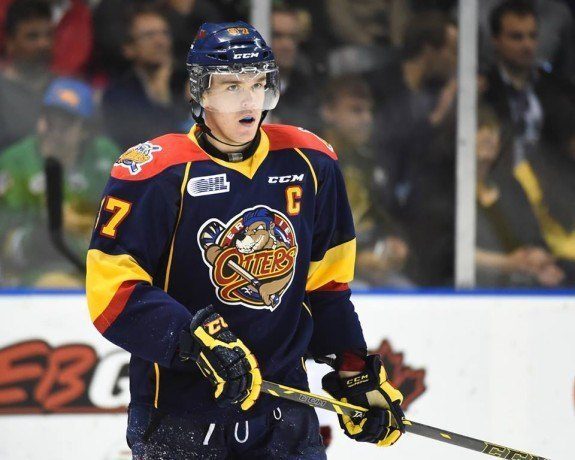 Not qualifying for the playoffs means the Kings kept their first round pick for the 2015 NHL Entry Draft. If they would have made the playoffs the pick would have been shipped off to Carolina as a part of the trade that brought Andrej Sekera to Los Angeles.

Keeping this first round pick, means the Kings are not going to make the playoffs, but are in the running for Connor McDavid. Yes, this is a long shot. But imagine the Kings getting some help from the hockey heavens, winning the draft lottery and grabbing the first pick of this year’s draft.

Now this has the slimmest of slim chances of happening, but outside of McDavid, this year’s draft is supposed to be very deep with talent. So retaining a first round pick and grabbing a young stud somewhere in the first 15 spots could ease some of the pain that came along with missing the playoffs.

Here is a site where you can simulate the lottery and get the first round’s draft order. See how many times it takes you runiing it before McDavid becomes a King.