This is the second installment of a series that I hope to regularly publish throughout the season. We all love the game of hockey and seemingly fail to take a step back and see the sport for what it is. As in my previous article, most of these thoughts and questions are manufactured at 3am while sleepless and lying in bed.

When you do look at hockey from a different perspective you’ll be impressed with just how different the game is from other professional sports.

1. Why is the West different than the East?

I’ve recently profiled how the Western Conference is different than the East. They have been what many would call dominant over the Eastern Conference. This East-West or inter-Conference effect is evident in other professional sports as well. 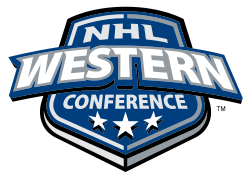 The NHL data also shows that it isn’t a uniform effect, but that Western teams have dominating records against a handful of Eastern teams any given year. This year’s underperforming East teams are different than in year’s past.

The numbers between East and West obviously aren’t expected to be 50/50 every single year just due to variation and chance. But why has the West been more successful, year after year, than the East in terms of the face-to-face matchups between the Conferences? The western weather? The lifestyle, food, culture, air?

The travel schedule and mileage for Western teams is frequently cited as being more demanding and exhausting than for the East. Yet, might the answer for their success lie in that very factor? The players have learned to travel smarter and more efficiently out of necessity?

Without scrambling first to NHL.com to find out, answer this question. Who is leading the league right now (as of time of this article) in giveaways, i.e. who has coughed up the puck the most to the opposition?

You’d probably be thinking first of defensemen, given their higher average time on ice (ATOI) versus forwards. You would be right. Dustin Byfuglien leads in giveaways with 23. He was also high on last season’s list at #2 with 50 giveaways (Dion Phaneuf was #1 last season with 53).

Instinct would dictate that there would be an inverse correlation between giveaways and the perceived quality of players. High number of giveaways equals lower quality players, right? But the giveaway stats don’t demonstrate that. #2 in giveaways this year? Jason Demers from the Sharks. #3 in giveaways this year? Erik Karlsson with 21 (tied with 4 other players). Phil Kessel and Joe Thornton are the top forwards on the list. None of those are low quality players.

Maybe giveaway stats aren’t as important as anticipated unless coupled with a utilization stat such as ATOI. How about takeaways then?

Leading the league in takeaways this year, again, is Pavel Datsyuk with 28. It’s an honor he shared last year at #1 along with Jonathan Toews. However, for takeaways, something interesting pops up if you look past Marian Hossa who sits at #2 with 26 takeaways. Who’s at #3? None other than Dustin Byfuglien with 20. He coughs it up and takes it away, a lot.

My whole point with giveaways/takeaways is, why they aren’t more commonly utilized to judge player performance? Takeaway performance does seem to correlate with quality of player.

3. Should the NHL consider changing the restrictions on face-offs? Because right now the time wasted and musical chairs thing is driving me nuts.

I sense that players are frustrated given the discussions and arguments that ensue in game. They’re lobbying for the linesmen to just drop the puck. I am certain the fans are frustrated because they’re the ones booing when the linesman waves out a series of players for a faceoff.

If speeding up the game was cited as one of the reasons for the hybrid icing rule, what then of time wasted carrying out all of the faceoffs in a game?

What is the solution? Reduce restrictions during faceoffs? Or, institute harsher penalties for those that break faceoff regulations?

I draw an analogy to the change in the false-start rules by the governing body for track and field. In order to speed up the starts of races a series of false-start restrictions have been implemented over the decades. The most recent ruling is the ‘one-strike rule’ implemented by the IAAF in January 2010. One false start and you’re out of the race.

I’m not suggesting hockey players be thrown out of the game for faceoff violations, but perhaps consider penalizing them for an expanded set of specific violations. Otherwise, just remove some of the violations altogether.

4. If a goalie gets the win or loss for the team then they are the baseball pitchers of the hockey world.

Go to the stats section of your favorite site that covers the NHL and look at the profile for your favorite forward or defenseman. You won’t find a count of wins and losses anywhere. They get their personal stats posted on their profile. Wins and loss stats, which I argue are a team statistic, get placed squarely on the shoulders of the goalie.

The goaltender is given the burden of earning and displaying the win or loss for their team. It’s documented in their stat sheet. It gets reported as a key stat of their season performance. Is it accurate? Is it fair?

For example, If I’m a goalie and my teammate scores 5 goals in a career night, and I have a sub-par game, I get a win. Not really representative of my play, but fine. The next night if I stand on my head and one of my defensemen scores an own-goal in my net, and my other teammates don’t score at all, I get the loss. Not fair.

Henrik Lundqvist had great personal stats last season, but he also had a 24-16-3 record. What does that really mean about him?

Another prime example for you. Right now Carey Price has a 6-7-1 record for the Habs. Has he played that poorly to be adorned with a losing record? No, far from it. The team has performed poorly overall. Price himself has drastically improved his personal stats from previous seasons with a .930 save percentage and 2.22 GAA. He’s been what I would argue is the best player on the team so far. Yet, he’s a loser at 6-7-1.

Although hockey is a distinctly unique game, think about some of its analogies with other sports. In baseball the similar bestowment of wins and losses is to the pitcher. No matter how well that pitcher performs in the game, if his teammates don’t score any runs, or make a handful of errors, he gets the loss.

5. Most sports have ‘trick plays’. Why not the NHL?

There is no equivalent of the razzle-dazzle (football), flea-flicker (football), or squeeze play (baseball) in hockey. Am I overlooking something?

6. Is Ales Hemsky the twin of Marian Hossa?

This is a 6th thought in my list of 5, but it’s one to seriously consider.