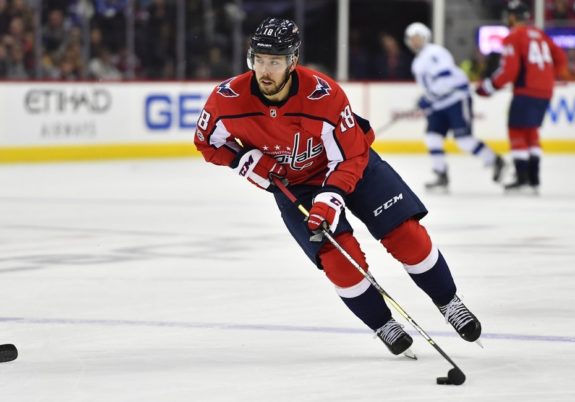 The Washington Capitals could not decide between Christian Djoos and Chandler Stephenson, so they retained both. This means they are officially over the NHL’s $81,500,000 salary cap, and have until the start of the season to pare down their payroll. 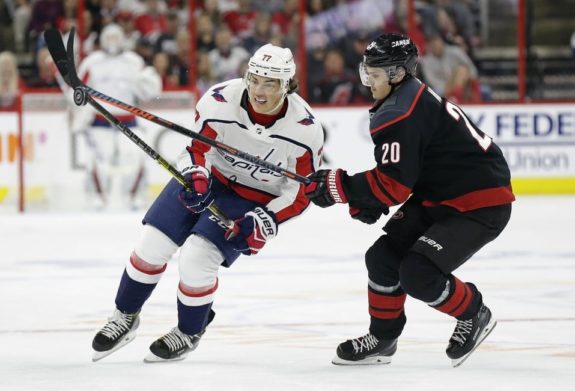 With the signing of Christian Djoos on Thursday, the Washington Capitals all but locked up their lineup for the 2019-20 NHL season, putting the frantic days of free agency and arbitration behind them. Now the 22 players on the Capitals’ roster can focus on preparing themselves for the season opener on October 2nd against the defending Stanley Cup champion St. Louis Blues. That will be especially important for the following three players, who were missing from the Capitals’ rotation when they needed them most. 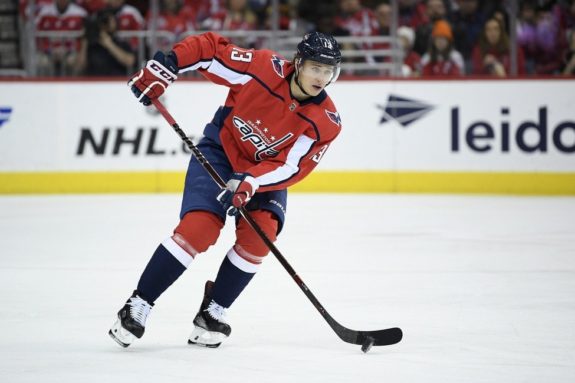 With Jakub Vrana’s re-signing, the Capitals’ 2019-2020 roster is basically set, barring any surprise late moves. It was a tight off-season for general manager Brian MacLellan, and a lower-than-expected NHL salary cap prevented the team from diving into the top-tier free agent market. Still, he found ways to improve the roster around the margins, keeping the Capitals in the conversation as Stanley Cup contenders. 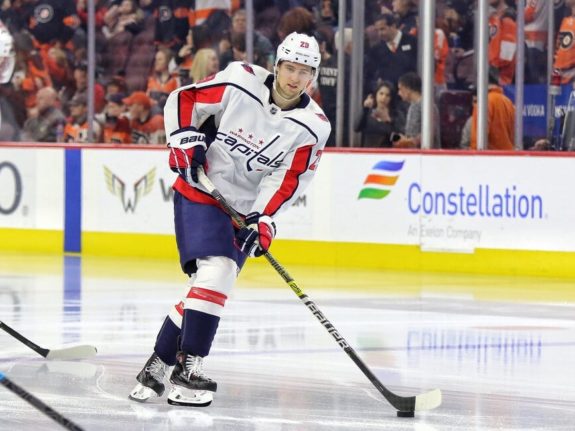 After a flurry of free agent signings and losses, the Washington Capitals still have three restricted free agents from their 2018-19 roster unaccounted for: defenseman Christian Djoos and forwards Jakub Vrana and Chandler Stephenson. Over the weekend, Djoos and Stephenson officially filed for arbitration. But how can the Capitals pay them both while leaving enough for Vrana? 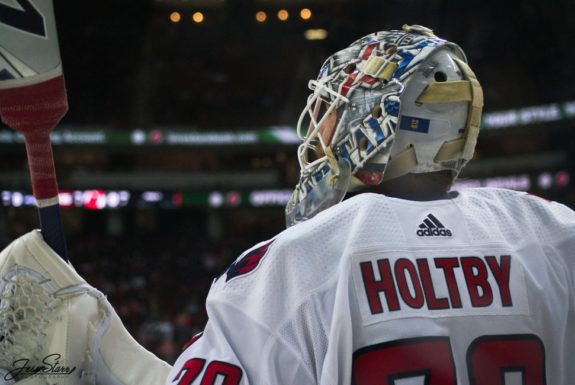 This NHL offseason has been a busy one for the Washington Capitals. Yet some insiders are more concerned with next offseason, when goaltender Braden Holtby’s contract expires, leaving him an unrestricted free agent and possibly clearing the way for his exit from Washington. 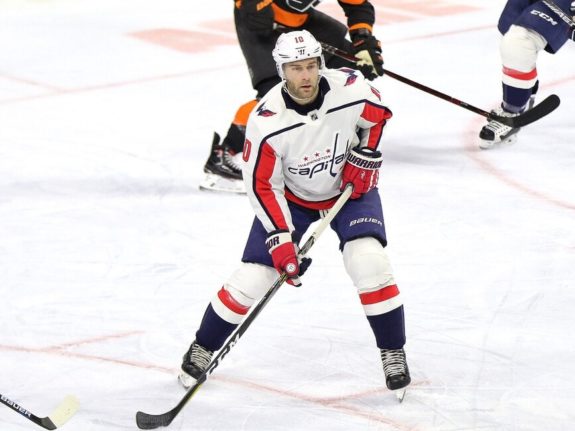 On Monday, the news that everyone had already come to accept – including the team’s front office – became official. Brett Connolly is no longer a Washington Capital, after accepting a 4-year, $3.5 million offer from the Florida Panthers. 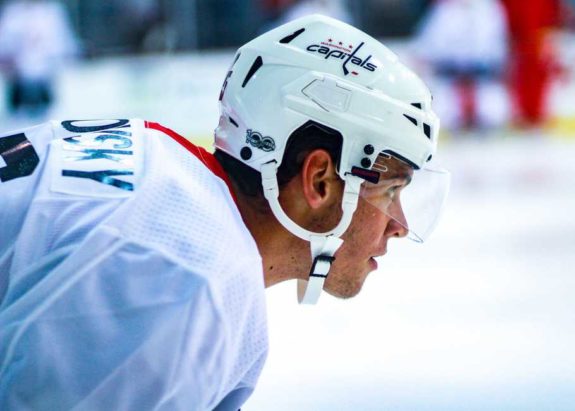 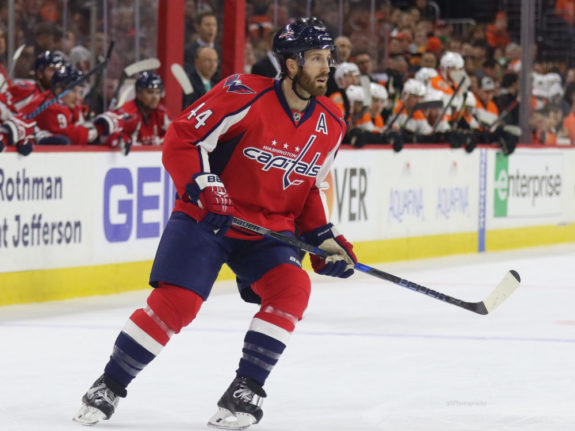 After 15 seasons in the National Hockey League, Washington Capitals defenseman Brooks Orpik announced his retirement Tuesday night. “I’ve been extremely lucky to have the best job in the world for many years, but my body is telling me it is time to move on to something new,” said Orpik, through the NHL Players’ Association. 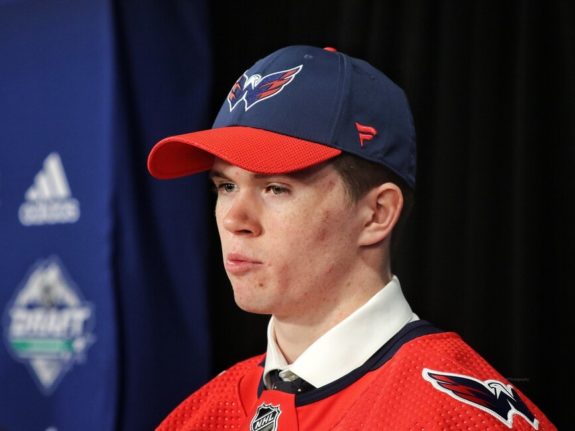 Washington Capitals general manager Matt McLellan has a reputation of scoring more misses than hits with his NHL draft selections. In the past five years, only one homegrown talent, 2014 first-round selection Jakub Vrana, has achieved significant ice time with the Capitals.

McLellan has instead relied on free agency and deep pockets to build his squads, neither of which will be at his disposal this off-season. Though the exact figures for the NHL salary cap are still being worked out, rumors indicate that the ceiling will be slightly under $83 million – the projected figure that the league’s general managers have used as a baseline. According to CapFriendly.com, Washington has less than $9.75 million of cap space to work with, fifth-worst in the league. Several key players, such as Vrana, Andre Burakovsky, and Brett Connolly remain unsigned, making this draft essential in case any of those players decide to walk. 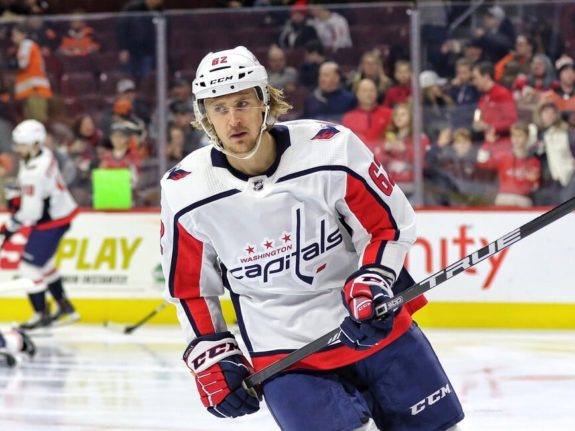 Less than a week into the National Hockey League offseason, Washington Capitals fans have an idea of how their offseason will shape up. General manager Brian MacLellan secured a key piece of the Caps’ roster Sunday afternoon when he re-signed Swedish forward Carl Hagelin to a contract extension worth $11 million over four years. 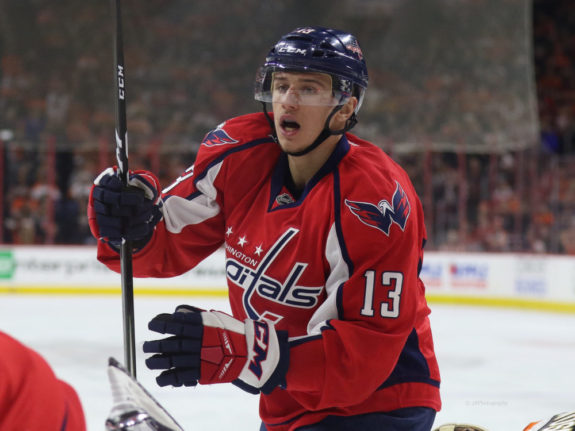 With the Washington Capitals’ unexpected first-round exit from the Stanley Cup Playoffs, general manager Brian MacLellan has some difficult decisions in front of him. The Capitals’ roster is a powder-keg of high-priced contracts, expiring contracts, and aging stars. Unfortunately, some of the Caps’ brightest young stars hold those expiring contracts, and MacLellan will most likely have to make some sacrifices to keep a championship-caliber team together.