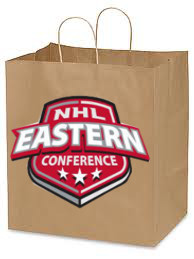 It’s Game Day vs. the Chicago Blackhawks today, and a good time to catch up on the miscellaneous things that have been transpiring in the Blue Jackets ecosystem in recent days.

The official word arrived today — realignment and playoff changes have been approved by the NHL Board of Governors, meaning that Columbus will make it’s Eastern Conference debut next season.  This is a move that everyone in Columbus has been awaiting for a long time, and will be nothing but a positive move for the organization, the fans and the NHL.  There will be lots more on this from me and others here at THW — exploring all of the angles, but for now we can simply relish the moment.  While there had been some confusion concerning when the alignment issue was going to be re-visited, today’s announcement confirmed that a minimum of three seasons will be played under this structure.  That means we’ll wait at least a week or two before speculating about what the league will look like then . . .

There is nothing like a Blue Jackets winning streak to bring the non-hockey writers out of the woodwork at the Columbus Dispatch.  First Rob Oller penned this piece, with the snarky title of “Winning is the only thing that makes Jackets legit”.   Consistent with the title, the piece itself has some muffled credit to the club, buried in a more acrid tone of disdain.   Countering Oller’s piece was a more reasoned piece by Bob Hunter — who  actually writes about hockey more than every other year — intelligently addressing the theory that losing might be beneficial for draft purposes — and then rejecting it.  While I have never subscribed to the theory that competitors should ever do anything but do their best to win, there are plenty who disagree, and having a public rejection of that concept is refreshing.

Oller’s primary point, of course, is that winning is all that matters, and that only winning can attract attention.  It is an attitude emblematic of that segment of the local population still holding the belief that college football is all that matters, and is a 365-day per year endeavor.  These folks fawn over prospects from elementary school forward, and consider anything short of a national championship a failure.  Oller  chides fans who have any other interest other than winning and curiously asserts that the mettle of Columbus will be determined by how the long-time hockey fans accept the bandwagon fans that come later.  Of course, it’s understandable that Oller would take that approach — since he epitomizes that band wagon mentality — but he has the cart (or wagon, if you prefer) before the horse.

The character of Columbus as a professional sports town is not enhanced by those — like Oller — who are simply fans of victories, not teams.  Sure, it’s very easy and predictable to adopt that philosophy — just go down to the sports bar, root for the team in the lead, and you will never be disappointed.  But being a fan — particularly a professional sports fan — is about a team, not a result.  Sure, you want and expect results, but you remain a fan, and suffer the slings and arrows of outrageous fortune year after year, hoping that this is “the year.”    In my native San Francisco, the Giants came to town when I was three.  I moved to Columbus when I was 38.  Over that 35 years, the number of World Series titles the Giants won was precisely – – -zero.  That didn’t stop us from being fans, going to games and marveling at Willie Mays, Willie McCovey, Juan Marichal and Gaylord Perry — or cursing the skills of Bob Gibson, Sandy Koufax, Don Drysdale and Hank Aaron.   The 49ers were awful for a long, long time.  Then they won a Super Bowl.  Then another.  And another. And two more.  Then they were awful again.  Now they are good again.  Such is the way of professional sports.

I cannot imagine what Oller must think of Cubs fans, or the fans of the ten other NHL teams who have never won a Stanley Cup. But, truth be told, I feel sorry for him and his ilk, who crowd the sports talk shows each weekend.  The greatest of success has been reduced to expectation, and anything less than the ultimate prize is disappointment.  Sports is entertainment, not life, and if  you can’t love the game, love the team and root like hell for the results, you’re missing a lot.   I know a lot of those hardcore hockey fans who have been with the club since Day 1, and they are the ones that make Columbus  a solid sports town — not the fair weather fans.

No worries, chances are we won’t hear from Oller again until the playoffs.

Columbus is just one of a number of franchises afflicted with the injury bug in this compacted, frenetically-paced season.  But considering that Columbus has amassed an eight-game point streak (5-0-3) while missing the likes of Wisniewski, Anisimov, Moore and Dubinsky for extended periods, the prospect of the club returning to healthy piques thougts of even greater success.  Dubinsky returned against Vancouver, and played very well — maybe one of his best of the season.  Anisimov has been stellar most of the year, and current thinking has him returning tonight against Chicago.  Moore is still a few days out, and Cody Goloubef was recalled from Springfield on short notice, so the blue line remains a work in progress.  Still, the prospect of healing not only brings some needed faces to the lineup, but provides the depth to give guys a night off once in awhile — needed more this year than ever.

Of course, the Blue Jackets face a stern test of the point streak tonight, when Chicago rolls into Nationwide.  With their streak without regulation losses snapped by Colorado, the Blackhawks then went out and lost to Edmonton, surrendering six goals in each of the two contests.

Make no mistake, Chicago is a talented and dangerous squad, but the Blue Jackets have done better than most this season when facing the Blackhawks, losing 3-2, 1-0 and 4-3 in overtime.  (I point this out at great risk of incurring Rob Oller’s wrath).   The young talent and speed that the Blue Jackets have matches up well with Chicago, and poses a significant counterattack threat.  Chicago will not go down as one of the great defensive clubs in NHL history, and there are opportunities to exploit in that regard.  Consecutive six-packs might have the goaltending tandem of Crawford and Emery a bit shaky, and if Columbus can get another solid effort from Bob, anything can happen.  Easy prediction:  it will be exciting, entertaining and close.

Finally, a tribute to Stompin’ Tom Connors, the Candadian folksinger who wrote The Hockey Song, likely THE anthem for the game we love to follow.  Tom died last week at the age of 77, and fans across North America have been paying tribute ever since.  One of the great additions at Nationwide Arena has been the nightly playing of The Hockey Song, and the level of fan participation suggests this might just catch on as a tradition.  That would be terrific.  So, in signing off, here it is, one more time: