After much anticipation, the New York Rangers finally signed top prospect Pavel Buchnevich to a three-year entry-level contract last week. The Rangers drafted Buchnevich in the third round (75th overall) in the 2013 NHL draft, and at this point, he looks as though he could very well pan out as a high-value pick, as he projects to be an impact player offensively.

Buchnevich, a Russian winger who just turned 21 last month, will be a huge part of the Rangers’ long-term future, as they look to inject more youth into their lineup. The club’s prospect pool is mostly barren outside of Buchnevich and defenseman Brady Skjei, underscoring the team’s need for Buchnevich to step in and make a difference.

Buchnevich comes to the Rangers already having achieved some success playing in the KHL in Russia. What makes his success more impressive and exciting for the Rangers and their fans is that he did it as a youngster playing against older, more developed players. He also showed steady improvement from year to year, which the Rangers hope will translate to the NHL level.

Buchnevich first appeared in the KHL for the Cherepovets Severstal club (Cherepovets is Buchnevich’s hometown, from which there has never been an NHL player), in the 2012-13 season, when we was just 17 years of age. He picked up a goal and an assist in 12 games.

After scoring 29 points in 40 games as one of the best players on a weak Cherepovets team, things then changed for Buchnevich when he was dealt to St. Petersburg, a stronger team where other players were more established and ahead of him on the depth chart. He still contributed though, going 4-4-8 in 18 games for them. 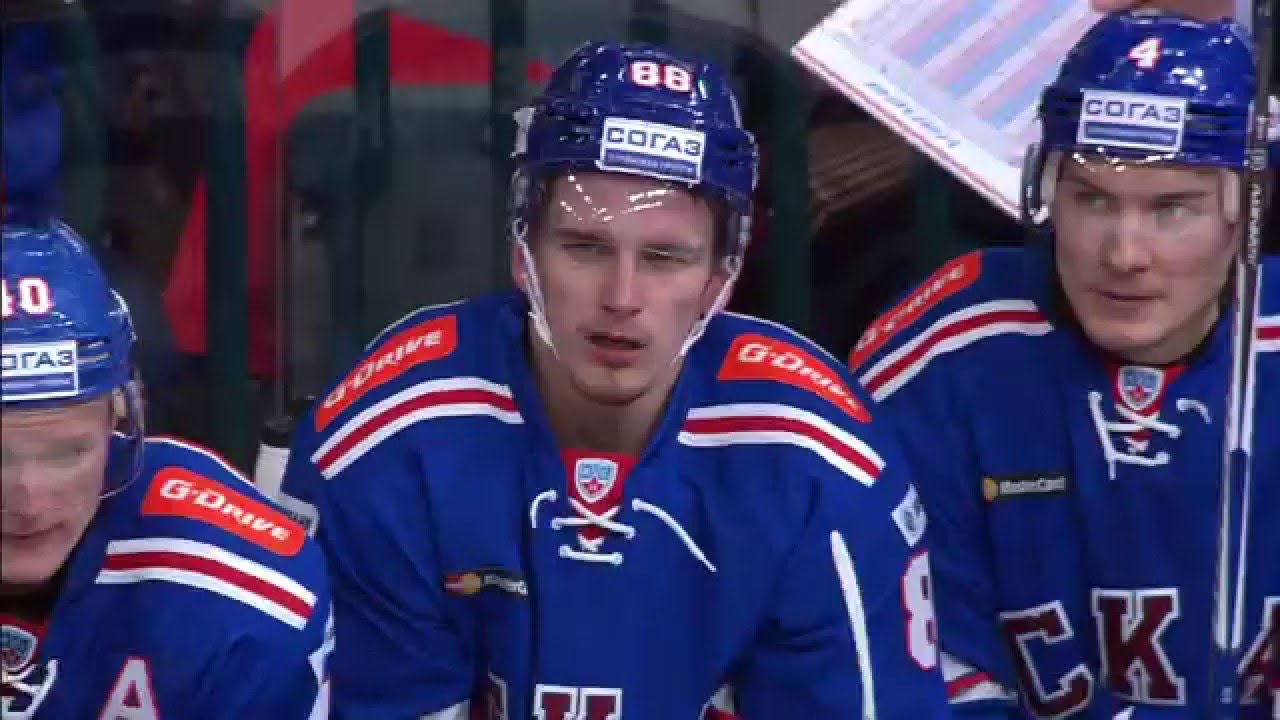 It stands to reason that based on his steady improvement and production in the KHL, as well as his impressive performances for Russia in the World Juniors in 2014 and 2015 (13 points in 14 games), Buchnevich will continue to develop in the NHL be an important contributor next season. He will need to bulk up a bit, as he stands at 6’1″ but weighs only 176 pounds. That said, he is young and has time to fill out, and still proved to be productive at that size in the KHL. Adding just a bit more to his frame will help him excel in the NHL.

Signing Buchnevich was one of the Rangers’ offseason priorities I outlined a few weeks ago, so it’s a major positive that the Blueshirts can cross that one off the list, even though it figured to be the easiest and most likely item to get done. He will be a critical piece in not only adding more offense to the top nine (and perhaps even the top 6) next season, but also in adding more youth to the lineup.

Assuming key RFAs are re-signed, the Rangers will likely be looking at a forward corps that includes a good group of young players in Buchnevich (21), Chris Kreider (25), Derek Stepan (25), J.T. Miller (23), Kevin Hayes (24), Jesper Fast (24), and Oscar Lindberg (24). Nicklas Jensen, a 23-year-old who has played extremely well for Denmark in the ongoing World Championships, could also challenge for a roster spot and thus provide the Rangers with some value from the Emerson Etem trade to Vancouver.

While the Rangers have this good group of young forwards, their best pure offensive threat in Rick Nash (31) does not fall under this category. Furthermore, their top scorers from last season, Mats Zuccarello and Derick Brassard, are both 28 and are thus likely to have already reached their peak performance years. They should still continue to produce at a high level for at least several more years, but they may well have reached their ceilings. Then of course there is the defense corps, where the club could stand to get a lot younger and quicker.

Adding Buchnevich to the forward mix gives the Rangers someone they can hopefully lean on for secondary offense now and primary offense down the road. He has great vision and is known as a playmaker who can also find the back of the net himself. The Rangers’ Director of Player Personnel, Gordie Clark, is excited about what Buchnevich can bring to New York.

Buchnevich will find no shortage of high expectations in New York, and while the 21-year-old will need some time to become acclimated to a new country, new language (he does not speak English), smaller ice surface, and the best hockey league in the world, it should not be long before he is contributing in a significant way for the Rangers.