Toronto head coach Mike Babcock held a press conference prior to Game 1 against the Washington Capitals. There, he found himself answering questions about Washington’s fourth line, and decided to respond with more of a slight, targeting Capitals forward Tom Wilson.

“Nothing against [Wilson], because he works hard and all that, but he’s not as big a concern as a lot of people on their team,” Babcock told the told the media. “He’s a forechecker and he works hard; I think their fourth line has been real good for them. In saying that, they’ve got a lot of players that we’ll concern ourselves with more.”

In the face of criticism, there are usually two options. It will either weigh you down or push you to build yourself up. For Wilson, he chose the latter, and now Babcock likely regrets ever making that comment. Here’s how Wilson has transformed into one of Washington’s top assets as the team was looking to Game 5 Friday night.

Once the puck dropped in Game 1, Wilson turned into a completely different player. With just around 13 minutes of ice time in Game 1, Wilson gave outstanding effort on each shift and made the most of his time.

His brightest moment, of course, came just over five minutes into the first overtime period. Out with the fourth line, Wilson was aggressive on the forecheck and intercepted a clearing attempt from Toronto. After that, he snapped a wrist shot, his only shot of the game, past Frederik Andersen for the overtime winner. That, in turn, led the Capitals to take the first victory of the series, and also shed light on Wilson’s potential and success to come. 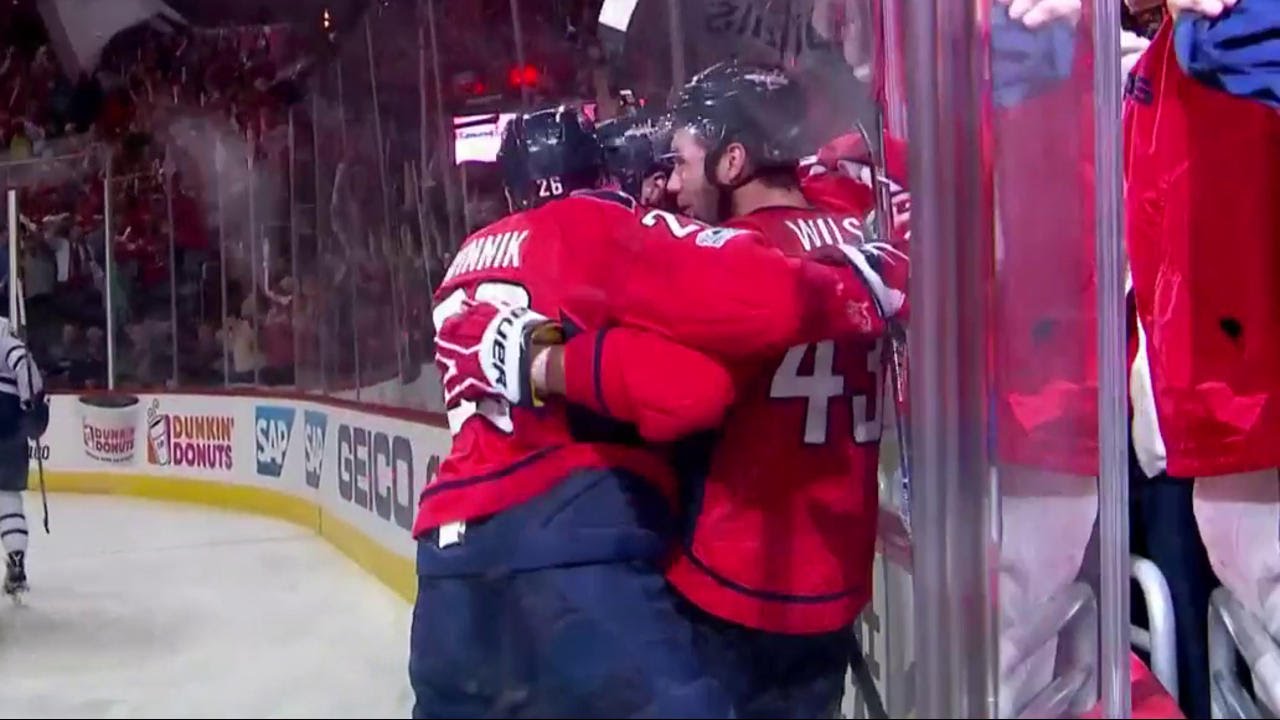 One of Wilson’s lower points in the series came in Games 2 and 3. His performance somewhat declined, and he didn’t have the same momentum with which he came into the series. In Game 2, he finished with a minus-2 rating and just a single shot on goal. He also took four PIM against Toronto in Game 3, including one toward the end of the third period. Of course, Lars Eller ended up going to the box shortly after him, and the Maple Leafs then scored on that power play.

After going through two games dealing with adversity and a few struggles, Washington Post reporter Isabelle Khurshudyan tweeted that he considered deactivating his Twitter following the rough Game 3 for Washington.

Wilson said he thought about shutting down his Twitter account after all of the flack he got on there following Game 3.

After the loss, Wilson decided that he would come back with a much stronger performance the next time he hit the ice. And of course, he capitalized on his opportunity.

Wilson made Game 4 one of his top performances through his entire career. It was all because he came into the game with the mentality that he wanted to not only improve but to help his team win in any way that he could. Wilson’s attitude is one of his greatest qualities, and it was about halfway through the first period that he got to make a huge play that made all the difference.

Wilson made an unbelievable save that helped his team keep their lead, all while imitating the likes of Braden Holtby. When the puck dribbled through the pads of Holtby, Wilson dove into the goal crease behind the Capitals’ Vezina-winning netminder, stopping the puck just before it went over the goal line.

Just 16 seconds later, Wilson scored his first goal of the first period. In one of the most athletic plays in Washington’s postseason so far, Wilson proved his worth to the team. Not to mention, Wilson struck again less than three minutes later, extending the Capitals’ lead to 4-1.

The Toronto-born forward has made these playoffs difficult for the Maple Leafs and is proving why he belongs in the lineup. Though he hasn’t contributed too much offensively through his career, Wilson is a solid bottom-six forward that knows his role and plays a solid game. The 6-foot-4, 217-pound forward can not only make big hits and bring physicality, but he has a positive attitude and unrelenting determination that drives him up the ice.

By the same token, Wilson is always looking to improve, and though he takes penalties from time to time, he has developed into a strong player that will help Washington in critical times.

If he can continue to step up, make big hits and contribute at both ends of the rink, Wilson will surely see himself logging more than 13 minutes a night, and will end up with better numbers.