Larger goalies are becoming evidently more prominent in today’s NHL and people have unsurprisingly taken notice. This group of people includes hockey legend Scotty Bowman, who views the transition as a problem in regard to league scoring, stating, “the goal is too small, and the goalies are too big”. Well, I think it’s safe to say that they don’t come much bigger than Tampa Bay’s Ben Bishop, who at 6-foot-7, 216 pounds was named a Vezina Trophy finalist this past season as one of the League’s best goaltenders.

Ben Bishop has proven himself to be one of the NHL’s elite goaltenders over the past three seasons as a member of the Lightning, but as an upcoming unrestricted free agent next summer and the Lightning battling salary cap restraints, are his days in Tampa Bay numbered?

As of right now, it looks as if Lightning GM Steve Yzerman is faced with two options: either finish the season with Bishop on the roster in order to take one last shot at winning the Stanley Cup, or deal the all-star netminder at the 2017 trade deadline. Either way, it doesn’t look like Bishop will be playing in the Sunshine State after this season concludes.

However, it looks as if Bishop will be donning the Bolts’ blue and white come October, so let’s take a closer look at Yzerman’s options regarding his starting goaltender and whether he should keep big Ben in Tampa for the full season, or ship him off for assets while he still can.

As previously mentioned, Bishop established himself as one the NHL’s elite during his past three seasons in Tampa and was named a Vezina trophy finalist this past season. He went 35-21-4 in the Lightning net while posting a .926 save percentage and a league-best 2.06 goals against average (GAA) to go along with six shutouts. He then went on to lead the Lightning back to the Eastern Conference Final in the playoffs with an 8-2 record, .939 save percentage, and a remarkable GAA of just 1.86 before falling to injury against the Pittsburgh Penguins. Simply put, any team would love to have him safeguarding their crease with numbers like that. 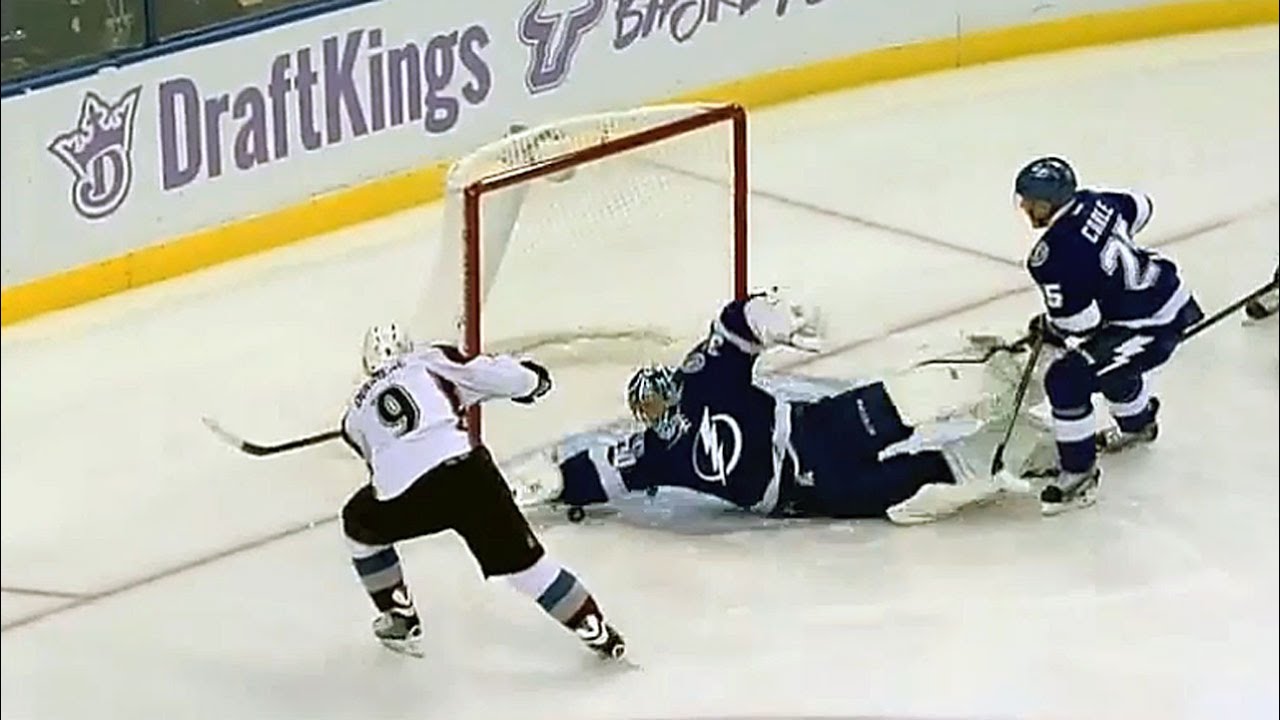 The Lightning would obviously love to keep Bishop as their starting goalie going into the playoffs next season as they remain legit Stanley Cup contenders, especially with a majority of the roster returning from the last two Lightning teams that reached the Cup finals in 2015, and the Eastern Conference finals last season. Why not take a shot at Lord Stanley’s Cup one last time with the band altogether?

“Goalies have a huge impact on the game and on a team,” Yzerman claimed. “You need good goaltending to win in the NHL. Between Ben and Andrei, we feel we’ve got a really good tandem. The two of them give us a chance to win every single night.”

Reasons to Trade Him

In a perfect world, Yzerman would love to sign Bishop to a contract extension and keep him in Tampa for a number of years to come, but that just isn’t reality anymore. They recently signed backup Andrei Vasilevskiy to a three-year extension this summer, which will average to $3.5 million against the cap following the 2016-17 season.

Vasilevskiy will be nipping at Bishop’s heels all season for playing time. Being Tampa Bay’s current “goalie of the future”, will coach Jon Cooper elect to give Vasilevskiy more starts this year than he did last season in order to get him NHL-ready for when the crease is his to rightfully claim? What happens if Vasilevskiy outplays Bishop during the regular-season and forces the big netminder to sit on the bench for a majority of the season, how quick must Yzerman move Bishop then? Vasilevskiy’s play can ultimately determine Bishop’s fate in Tampa quicker than most think.

Bishop has been prone to injury everywhere he’s played so far in the NHL. The guy has the hardest time staying healthy, whether it’s simply bad luck or due to his large frame and the way he plays, his body always seems to be taking a toll. He’s seen his last two Stanley Cup runs come to an end due to lower body injuries, and experienced setbacks with injuries during all three regular-seasons as a member of the Lightning, missing upwards of 20 games a season. It may be worth it to trade Bishop now while he’s still able to play 50-60 games a year before injuries catch up to him and cut his playing time drastically.

Bishop doesn’t have a contract lined up after this season, and he has proven this to be a distraction in the past around the same time he signed his current deal with the Lightning back in 2014. “I didn’t want to head into training camp and then maybe play half a season [without having a new contract] in the back of my mind, because as much as you like to say that it’s not a distraction, it usually is,” Bishop told The Tampa Tribune.

Without any certainty as to where he will be playing after this year, will this ultimately play as a distraction to Bishop and affect his overall game during the season, negatively impacting the Lightning as a whole? His confidence will also be tested in how well he’s able to bounce back from the injury that took him out of last season’s playoffs.

With the goalie market currently sitting tight, however, a trade may be hard to pull off, especially with the looming expansion draft coming next year and Las Vegas having a number of options when it comes to acquiring a netminder. The Calgary Flames were in talks with Tampa Bay at the 2016 Entry Draft for Bishop, but they eventually pulled off a deal with the St. Louis Blues to acquire 31-year old Brian Elliott instead.

The Dallas Stars have also reportedly shown interest in Bishop, but some magic would need to be at play in order to clear up some cap space and make room for his $5.95 million cap hit. The trade would have to see either Antti Niemi or Kari Lehtonen coming back to Tampa as part of the deal to make the transaction work, and I don’t know if Yzerman would be willing to take either of those contracts on.

We do know Yzerman is looking for future assets in giving up Big Ben’s services, but what’s the value coming back going to look like?

Bishop is slated to play for the United States at the World Cup of Hockey in Toronto this September, giving Yzerman and his staff a chance to see how Bishop bounces back from the injury that took him out of the playoffs last season and whether or not they think they should trade the big goaltender prior to the start of the NHL season (given there are takers interested in his services).

It will be an interesting season for Bishop none-the-less, and a season that will have Lightning management focusing on their crease more than they ever had over the last few seasons.

Do you think the Lightning should keep Bishop around for one more run at the Stanley Cup, or trade him for assets while they still can? Leave your comments below and let us know.