It’s been more than six years since the Dallas Stars used their first-round pick (14th overall) in the 2011 NHL Draft to select a 6-foot-7 defenseman from Northeastern University. To say Jamie Oleksiak’s development hasn’t happened overnight would be an understatement. However, good things come to those who wait, right? Players of Oleksiak’s stature tend to take longer to develop into successful NHL veterans. Therefore, maybe it’s no coincidence Stars general manager Jim Nill is taking his time with the last contract of a very busy offseason.

What an offseason it has been for Nill. It started with the decision to bring in former Stars head coach Ken Hitchcock to replace Lindy Ruff. Next, Nill upgraded the goaltending position by adding former Tampa Bay Lightning goaltender Ben Bishop via trade with Los Angeles. Nill then upgraded the defense with the acquisition of former Ottawa Senators defenseman Marc Methot. Nill tweaked the Stars roster at forward by essentially swapping out Cody Eakin and Patrick Sharp for Alexander Radulov and Martin Hanzal.

The Stars also added Tyler Pitlick and Brian Flynn to bolster their depth at forward. Lastly, they signed R.J. Umberger to a tryout. Umberger is a former first-round pick who played for Hitchcock in Columbus but has been out of hockey last season. To clear up a suddenly crowded goaltending situation, Nill bought out Antti Niemi.

After a very busy first half of the Summer, the Stars’ projected cap space is $768,333, and they have one roster decision left to make. This brings us back to Oleksiak. Most likely, Nill will re-sign him or perhaps work out a sign-and-trade agreement. His cap hit last season was $918,750. Therefore, even if he takes a pay cut the Stars might still be over the cap limit. The good news is NHL rules allow all teams to exceed the cap until opening night.

The decision is clear. The Stars should sign Oleksiak and give him a chance under Hitchcock. Largely because of his towering height, Oleksiak has been compared to Zdeno Chara since his draft year. However, like Chara before him, Oleksiak’s development has taken time. It wasn’t until Chara was Oleksiak’s age now (24) that his game really took off. Am I suggesting he will live up to the Chara comparisons? No, not necessarily. The Stars would be pleased if he could lock up a top-six spot.

One good thing that came out of last season was Oleksiak not having to make the shuttle back and forth to Cedar Park to suit up for the Texas Stars. Going into last season he had spent four seasons shuttling between Dallas and the Texas Stars. It was no doubt more to do with the fact that he would have had to clear waivers, as well as Dallas struggling than Oleksiak blossoming to earn a top six spot with Dallas. Still, it had to give him a small boost of confidence. 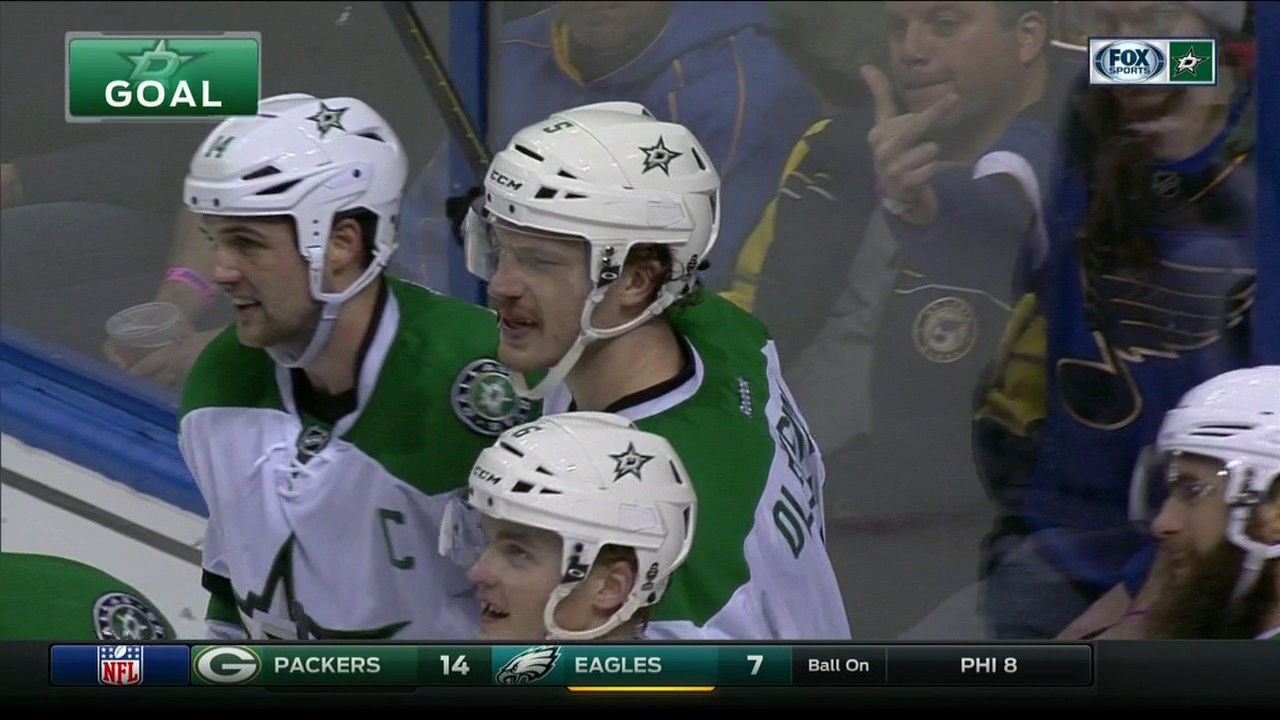 Oleksiak’s advanced stats results were poor but still better than Klingberg and Lindell. Of Stars defensemen who played 41 or more games, Oleksiak’s 5-on-5 Corsi number (-14) trailed only Dan Hamhuis (97) and Stephen Johns (42).

The Stars were last in the NHL on the penalty kill last season. Oleksiak only played 50 minutes of penalty kill time in 41 games. Sign him and let Hitchcock show him old tapes of Derian Hatcher killing penalties.