It took until almost the eleven minute mark of the third period for the Bruins to crack the Canadiens defensive system. After the armor cracked, 5:32 was all the Bruins needed to even the series at one apiece. Game Two, was almost the polar opposite of Game One. The Bruins poured it on thick in the first period, but after that Montreal took control of the game. Until the final ten minutes that is.

Montreal didn’t deserve to win Game One, yet they did. Montreal deserved to win Game Two, yet the did not. The blame can be put on the Canadiens unwillingness to continue to play the style of game that put them ahead going into the final frame. Montreal pushed the Boston Bruins hard in the offensive zone. The Canadiens did a great job at creating quick transition and drawing penalties. Suddenly, that all stopped. Suddenly, the game changed from “go, go, go” to “stop, stop, stop”.

Bruins. “That’s a tendency you have sometimes: sitting back trying to protect a lead.” Spoke Habs captain Brian Gionta after the late period collapse. The tendency is more of an epidemic, while Montreal was 35-0-3 when leading after two periods. Montreal was guilty of letting teams back in games that should not have been. Against a desperate Bruins team in danger of losing both games at home that style won’t work, no matter how successful the past may have been.

It isn’t just sitting back that has to stop. Michel Therrien has to dress a Canadiens roster more capable or playing against the Bruins. 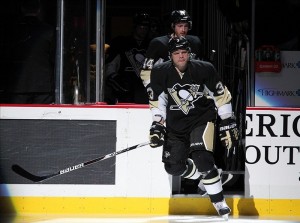 Murray in, Boullion out

Much to the chagrin of expert Canadiens fans on Twitter, Douglas Murray will draw into Game Three. Those who don’t want to see Murray will knock him for his lack of speed. This is true; He is not the most fleet of foot defeseman in the NHL. Why doesn’t it matter? Montreal wanted to use speed on the back end, it wasn’t effective. The Bruins were a step faster than the Habs on most dump ins. Even if Montreal made it to the puck first, the defense would take a heavy hit. Numerous times, Alexi Emelin has been pounded by Milan Lucic off a play deep in the corner. The beating the Habs took was apparent late. Boullion was a key reason for two goals; One he accidentally deflected past Price, and another he lost himself in coverage. Murray, while not fast, is smart in the defensive zone, adds a size and physicality aspect that is missing on the back end. While it’s easy to look at his seasons’ body of work and call it subpar, that can’t be said about his play against the Bruins. Murray is an even plus minus, has two assists and the Canadiens are 3-0 against Boston with number 6 dressed. 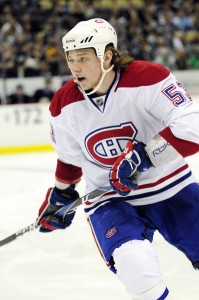 Prust is a heart and soul player. He is everything you want from a depth forward in the Playoffs, if healthy that is. Prust has battled shoulder issues for the majority of the season. For anyone who watched the team on a regular basis, they know how he looked while playing through that injury. That type of play is awfully similar to what has been shown in Game One and Two. A healthy Prust is effective, a hurt Prust highly ineffective. White, plays with the same grit Prust does, but with more speed. You cannot question the eagerness and heart White has, especially against the Bruins. He has mixed it up with more than one player in his career against them. He also has been a hitting machine and has potential to get under the skin of his opponents.

Bruins scouting report on Price, not worth two cents

Bruins defenseman Dougie Hamliton said of Price “I think we’ve definitely noticed that when he’s screened he’s looking low and he gets really low.” In other words “shoot high” The Bruins claiming that Price is deficient high is reminiscent of the reports from the Stanley Cup final of last year. The Bruins felt the way to beat Corey Crawford was to shoot glove side. Yes he was bad there at times but overall, the plan failed. Price has a glove that is rivaled by none. The shots that he hasn’t stopped high, he has not seen, or have taken a one in a million chance deflection. 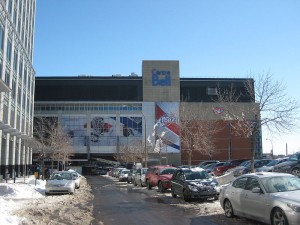 Game Two obviously hurt. Losing a game never feels good. When it was lost in the fashion it was, it’s excruciating. The fact is, a strategy lapse and some luck tied the series up. The mantra throughout any Playoff series is “split on the road.” Montreal did just that. Against the best team in the NHL, mind you. Boston may have momentum going, they don’t have home ice, in what is the best place to attend a Playoff game. Home ice is an advantage, use it.