Edmonton Oilers phenom Connor McDavid accomplished more in his first four NHL seasons than most players will in a career.

With five individual NHL awards and more than 300 career points, he has established himself as the best player in the world. McDavid, who turned 22 on Sunday, is just entering his prime scoring years. He’s on pace for an outstanding 51 goals and 123 points in 81 games in 2018-19.

No one has scored 124 or more points in the NHL since 2005-06. While that type of production is extremely impressive, it’s just one of the notable milestones on the horizon for McDavid. Here are three more milestones he could reach before his next birthday:

Thanks to the increase in size of goaltender equipment and greater defensive structure, scoring 50 goals is a rarity in the modern game. No one has achieved the feat since Alex Ovechkin in 2015-16. However, there are several players around the league on pace to score 50 goals in 2018-19, including McDavid.

His 29 goals in 46 games this season ties him for third in the league with Brayden Point and John Tavares. If he does finish with 50 or more goals, McDavid would end a 31-year-old drought in Edmonton. 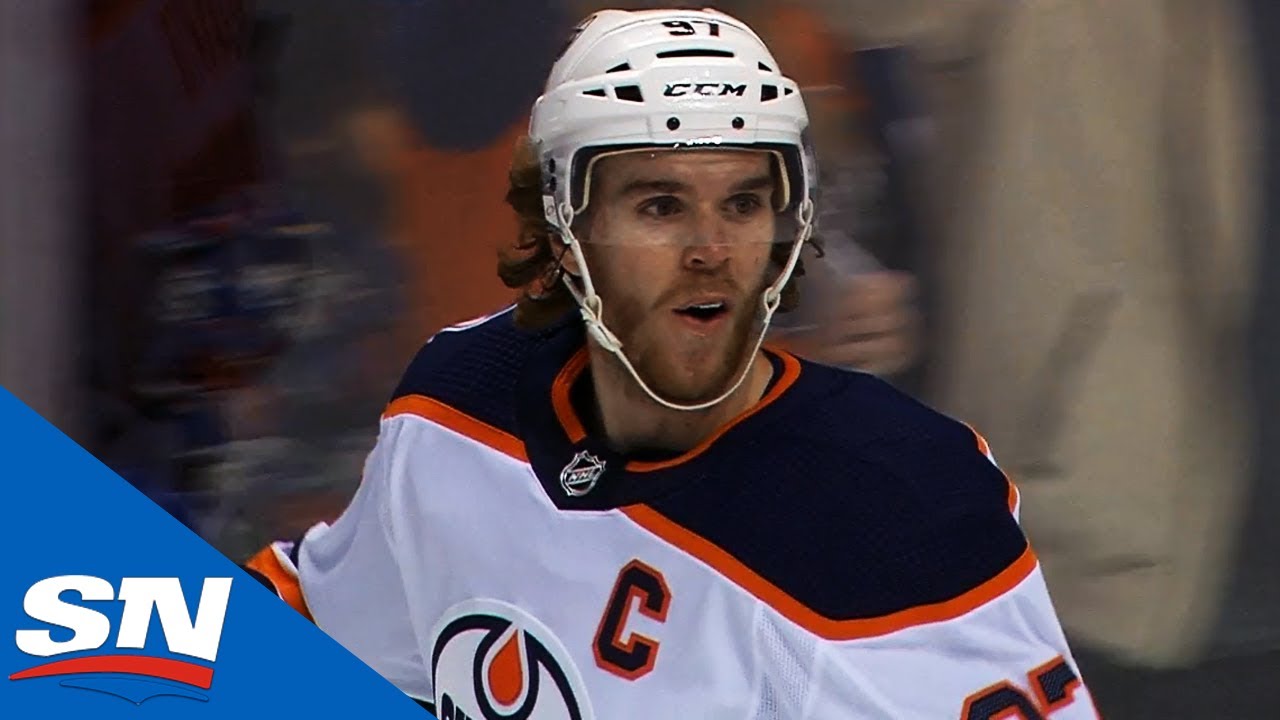 Craig Simpson was the last Oilers player to score 50 goals in a season when he had 56 in 1987-88. While he’s a pass-first player, McDavid emerged as one of the most dangerous snipers in the NHL last season when he had a career-high 41 goals.

Since returning from the 2018 NHL All-Star Game, McDavid has been on a mission to score more goals. The captain needs 21 markers in the Oilers’ final 36 games to reach the milestone. And given the Oilers’ lack of secondary scoring, he likely needs to score 50 goals to help get the team back into the playoffs.

McDavid should be considered the favourite to win the Art Ross Trophy for the next decade. Although it’s only his fourth NHL season, he’s won the award every season he’s been healthy.

In 2017-18, McDavid trailed Nikita Kucherov by 11 points on Jan. 1. While many thought Kucherov’s lead was too great for McDavid to overcome, the Oilers captain had an incredible 27 goals and 63 points in the final 42 games of the season to capture his second consecutive scoring title.

Even more impressive, McDavid joined Bobby Orr and Gretzky as the only players in NHL history to win a major individual award multiple times at age 21 or younger. This season, McDavid trails Kucherov, again, in the scoring race by just six points and has a game in hand.

Sure, Kucherov has the better supporting cast. But McDavid can generate offence on his own and has historically been a player that elevates his game down the stretch, so I believe he will win the title by 10 or more points. If he does take home the hardware, McDavid will become just the sixth player in NHL history to win the Art Ross Trophy three straight times.

It’s remarkable that McDavid, who missed 37 games with an injury as a rookie, could still become the 10th-highest scoring player in Oilers history before turning 23. If he stays at his current points-per-game average, he will have 380 career NHL points by season’s end. That would put him 56 points behind Esa Tikkanen for 10th on the franchise’s all-time point list.

Tikkanen played parts of eight seasons with the Oilers, including a couple with Gretzky in his prime. It took him 522 games with Edmonton to compile 436 points. McDavid will surely pass him in roughly 200 fewer games.

If McDavid scores around 56 points in the first 45 games in 2019-20, he will push Tikkanen out of the top-10 as early as December 2019. It’s a remarkable feat to be a top-10 scorer with any club in the NHL, especially at this stage in his career. It’s still early, but if he spends his entire career in Edmonton, he should be no lower than second on the list by the time he hangs up his skates.